Dragon Boat Festival History and Customs Posted by sasha on Jun 18, 2018 in Culture

Today is the Dragon Boat Festival, which is known in Chinese as the Duanwu Festival (端午节 – duān wǔ jié). This holiday is celebrated every year on the 5th day of the 5th lunar month, and although it has only been an officially recognized public holiday in mainland China since 2008, it has been celebrated for thousands of years. This traditional Chinese festival has both an interesting history and some unique customs associated with it, so let’s take a closer look. 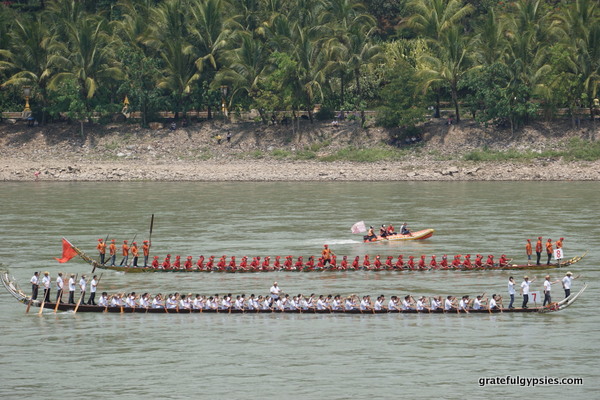 The best known story surrounding the history of the Dragon Boat Festival is that of the poet Qu Yuan(屈原 – qū yuán). As legend has it, Qu Yuan was both a poet and a statesman for the Chu kingdom (楚国 – chu guó) during the Warring States Period (战 国时代 – zhàn guó shí dài). He served in high office and he advocated a policy of aligning with other kingdoms against the dominant Qin. Sadly, the King decided to ally himself with the Qin, and thus he decided to banish Qu Yuan.

During this time, he wrote some of the most famous poetry in all of Chinese literary history, expressing his love for his kingdom and his concerns for the future. Upon hearing that his kingdom’s capital had been overtaken by the Qin, Qu Yuan committed suicide by drowning himself in the Miluo River (汨罗江 – mì luō jiāng). As he was adored by people everywhere, the local people did everything in their power to try to either save Qu Yuan, or at the very least, to protect him in the afterlife.

It’s believed that people paddled out into the river on boats, either in an attempt to retrieve his body or just to scare the fish away. They also dropped sticky rice wrapped in bamboo leaves into the water so that Qu Yuan would be well fed in the afterlife. The bamboo was meant to ensure that the fish would not eat the famous poet’s rice. Fast forward a couple of thousand years, and you can see how this story has shaped the festival.

Learn more about the history behind the Dragon Boat Festival. 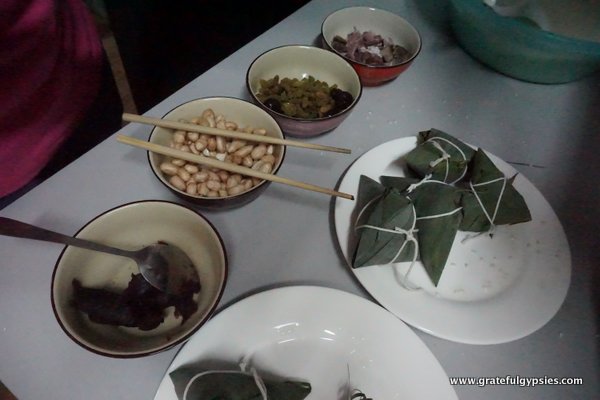 There are two main customs associated with this holiday, both of which are clearly connected to the story of Qu Yuan. The first, and the most popular, is the making and eating of sticky rice wrapped in bamboo leaves, known as zongzi (粽子 – zòng zi). Making these traditional treats is a family affair, and recipes are passed down from generation to generation. Glutinous “sticky” rice is used, and is combined with a variety of fillings, wrapped in the leaf, and then steamed or boiled for several hours. In the week or so leading up to the holiday, you’ll see these just about everywhere you look. Rather than throwing them into the water to save a poet who died a few thousand years ago, most people prefer to scarf them down these days.

Learn how to wrap zong zi yourself in this video.

The other notable tradition of this holiday should be obvious – dragon boat races! The dragon boat (龙舟 – lóng zhōu) is traditionally made of wood, with a decorative dragon’s head and/or tail. One boat can have a crew of anywhere from 10 to 80 people depending on the location. Regardless of the size of the crew, the idea remains the same. Each crew has a drummer who serves as the heartbeat of the boat, using his drum to lead his team by indicating the speed and frequency of their paddling. The paddlers sit facing forward, and their most important task is staying synchronized with their counterpart on the other side of the boat. Finally, there is the sweep (also known as the steersman) sitting at the back of the boat, whose job it is to steer the boat. Teams compete in races that vary in length, with a typical festival event being a 500 meter sprint. These days, dragon boat racing is popular all over the world, including in the USA, Canada, Europe, and Australia.

Check out a short video on Dragon Boat Festival.

Some of the best places in China to see the dragon boat races include the Qingshui River in Guizhou and the Xixi Wetlands just outside of Hangzhou. Of course, the place where it all started is also a great choice. The Miluo River in Hunan where Qu Yuan met his fate hosts a traditional Dragon Boat Festival celebration every year.

So get out to the races, munch on some zongzi, and read up on Qu Yuan and his fantastic poetry (some of his most famous works are in English here). From all of us here at Transparent Chinese, Happy Dragon Boat Festival everyone!