Exploring South China – Shenzhen and Guangzhou Posted by sasha on Jul 11, 2018 in Culture

Two of the biggest and most interesting cities to visit in South China are Shenzhen (深圳 – shēn zhèn) and Guangzhou (广州 – guǎng zhōu). Both cities have a wealth of cultural and historical attractions, as well as some massive markets, impressive theme parks, and of course plenty of delicious food. 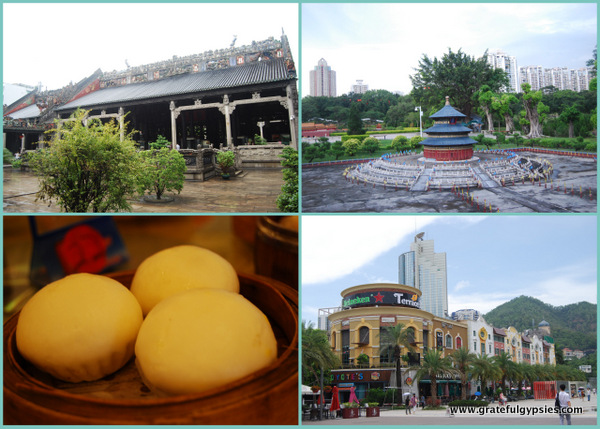 Check out a little bit of what each city has to offer in the latest video in our “Exploring South China” series:

“Our next stop in south China is Shenzhen. It’s hard to believe, but this mega-city was a cluster of fishing villages just a few decades ago. Thanks to its strategic location near Hong Kong, this area was designated as China’s first SEZ – Special Economic Zone.

Much of the economy here is based on manufacturing, and there are tons of massive markets around the city. Go ahead and get lost in one – it’s quite the experience!

A popular tourist attraction here is the Splendid China theme park. One area is a China Folk Culture Village, which features replicas of ethnic minority villages from around the country and has some interesting performances. The other side is the Miniature Park, which features mini models of famous sights. Every evening, you can also enjoy the Dancing with the Dragon and Phoenix show here.

As with many other cities in China, craft beer is becoming more and more popular in Shenzhen. Even Chairman Mao approves of this craft beer revolution! You may find a craft beer festival while you’re here that features breweries from all over China. Just be sure to pace yourself… Thanks to all the breweries, vendors, and bands for an awesome time.

A short train ride brings us to Guangzhou. The first order of business is eating some dim sum. This classic Cantonese culinary experience is a must-do when traveling here. Walk it off with a visit to Shamian Island. This little slice of Europe in China was given as a concession to the French and British after the two Opium Wars. It’s a nice place to go for a stroll to check out the architecture and interesting statues.

Next, you can visit the Chen Clan Academy. It was built by the Chen family as a place to live and study for imperial examinations. It’s a great example of traditional Chinese architecture and interior design.

From ancient to modern, head to the Zhujiang New Town to see massive skyscrapers, including a glimpse of the Canton Tower. Since we had craft beer in Shenzhen, we might as well try some here, too. A great place to wind the day down with a brew is the Strand Beer Cafe.”