Over the past few weeks, I’ve been asked on numerous occasions by my students about the culture of giving gifts when it comes to Christmas:

“Who do you give gifts to?”

“Which gifts are the most common in your family?”

“How much should you spend on a gift?”

This got me thinking about the differences in gift giving between Western and Chinese culture. For those of you unfamiliar with gift giving in China, here are some common questions on the topic followed by short explanations:

Does China have a gift giving culture?

Thanks to its long history of being a predominantly Confucian society, gift giving is a big part of Chinese culture. The principles of Confucianism are largely about keeping the peace and harmony not only in a family, but in society at large. This means showing respect and developing relationships with people throughout your life. As such, it should come as no surprise that gift giving is important. Gifts are given to family members, friends, colleagues, teachers – you name it.

When do Chinese people give gifts?

Gifts are commonly given on holidays (especially for Spring Festival) and birthdays. They’re also given for first-time or important meetings, at weddings, and at other special events. When invited into someone’s home, it’s also common to bring along a gift.

What are some common gifts in China? 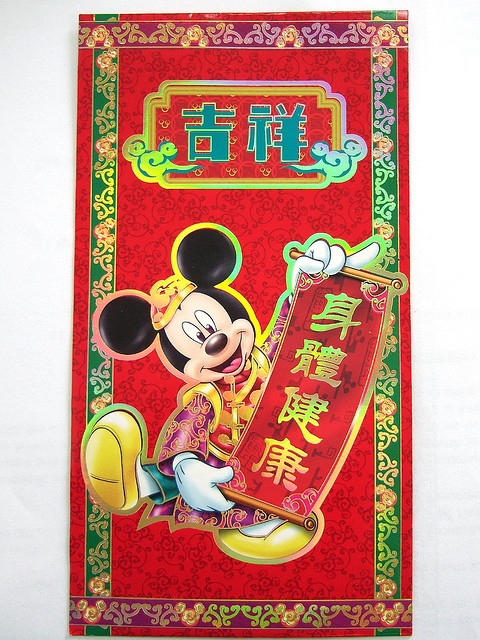 Image by James Creegan from www.flickr.com

For the Spring Festival and weddings, the most common gift is a “hong bao” (红包 – hóng bāo) – a red envelope stuffed with cash. Here are some things you should know about the most traditional Chinese gift:

Other common gifts include cigarettes and alcohol – especially in the business world. Tea, fruit, nuts, and other local specialties from different regions are also quite commonplace. More important than the actual gift itself is the meaning behind the gift.

What is the gift giving etiquette?

“Courtesy demands reciprocity” (礼尚往来 – lǐ shàng wǎng lái) is a famous Chinese saying that tells a lot about the gift giving culture of China. Whereas gift giving in the West is often simply for fun (think secret Santa or bachelor parties and the gifts one might bring to those), it’s critical that one keep a tally of gifts both given and received in China. If a friend treats you to a nice meal, it’s important that you remember that and return the favor sometime in the future. Similarly, if you give someone a gift, you can expect to receive one from them somewhere down the road. You can’t give something that is much cheaper or much more expensive than the gift they gave you, either – try to keep it at about the same level.

How should gifts be wrapped or opened?

As mentioned before, the most common gift is a red envelope. Even if you’re not giving cash, try to use the colors red or gold in the wrapping – red is lucky and gold symbolizes wealth. Avoid the colors white and black, which are associated with funerals and death. You don’t really need to include a card with gifts in China, but at weddings you can write out a nice Chinese idiom such as “happy union for a hundred years” (百年好合 – bǎi nián hǎo hé). When it comes to presenting a gift, it’s best to give it with both hands. The receiver should also grab the gift with both hands. It’s not culturally acceptable to immediately open the gift – in fact, some people might even refuse a gift a few times before finally accepting it. Unless asked to do so, it’s best to wait to open a gift.

Are there any gift giving faux pas?

There are some things that foreigners should keep in mind when giving gifts in China:

As a foreigner, the best thing you can offer as a gift is something from your hometown or country. Whether it’s a pack of Marlboro cigarettes or an “I <3 NY” t-shirt, you can’t go wrong with something interesting from a different country.

For some more reading, check out this great NY Times article entitled “The Fine Art of Giving Gifts in China” and this list of ten tips about gift giving in the Middle Kingdom.