Hiking in a Small Village Posted by sasha on Nov 5, 2013 in Culture 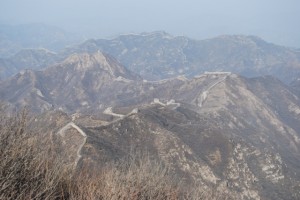 Out in the mountains just a few hours away from Beijing.

Living in a massive metropolis like Beijing, sometimes one feels trapped inside the concrete jungle. Car horns blaze constantly, crowds of people follow you everywhere you go, and more often than not it seems as if you can chew the air. Thankfully, opportunities for great day trips abound in the Chinese capital. Hop on a bus for a few hours and you’ll find yourself out in the mountains, looking up at a clear, blue sky and breathing fresh air. If you’re not adventurous enough to undertake such an outing on your own, never fear – there are tons of groups that go out on hikes a few times a week. Joining a day hike is a great way to meet new people, get out of the big city, and practice your Chinese. 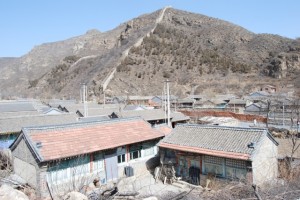 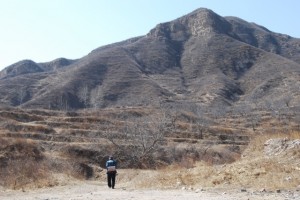 Walking out in the village. 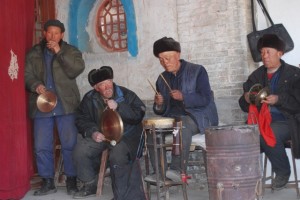 The band jammin’ out.

One of the most memorably day trips I took was a group outing to a small village (小村 – xiǎo cūn) near a remote section of the Great Wall (长城 – cháng chéng). First up, we were given a tour of the village. We got to see how people live in rural China, and despite language barriers everyone was incredibly friendly. The villagers even put on a performance of Peking opera (京剧 – jīng jù) for us, and then invited us in for a huge home-cooked lunch. 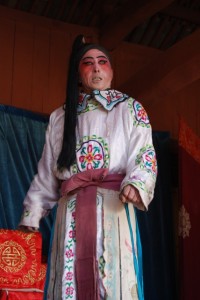 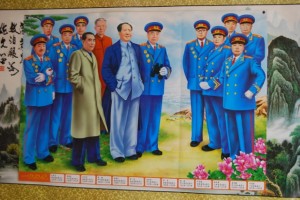 Artwork in one of the homes.

With bellies full, we headed out on our hike up the hills, following along an unrestored section of the famous wall. In stark contrast to the developed sections such as Badaling (八达岭 – bā dá lǐng) or Mutianyu (慕田峪 – mù tián yù), there was no ticket office here, no souvenir stands, and no cable car – just the rugged, wild Great Wall. 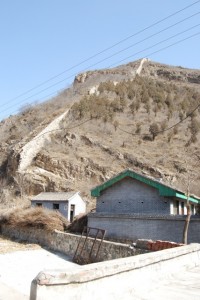 The Great Wall stretching out of the village.

After a few hours of walking, we finally reached our destination – an ancient watchtower (望楼 – wàng lóu). We climbed up to the top and looked out at the surrounding countryside. For a moment there, it was hard to believe that we were still technically in Beijing. 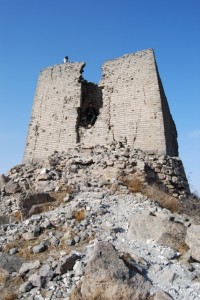 All along the watchtower. 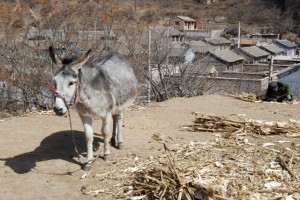 A nice donkey hangin’ out in the village.

Taking part in these day trips has been one of my favorite things about living in Beijing, and it’s definitely atop my list of what I’ll miss when I move down to Kunming shortly. If you ever get the chance to visit Beijing, do yourself a favor and budget at least a day or two to get out of the smog and congested ring roads to explore the surrounding countryside. While Beijing strives to project an image of a cosmopolitan, modern city, it’s important to remember that there’s much more to it than skyscrapers and shopping malls. This is the Beijing that I love, and this is the Beijing that I’ll miss the most.