Luckin Coffee: The New Chinese Coffee Posted by Ayana on Oct 1, 2018 in Uncategorized 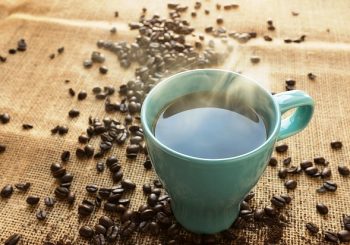 A new homegrown coffee was launched this year in China.

If you visited China this year you probably noticed the blue and white ads. On the streets and online, the beautiful and talented actors Zhang Zhen and Tang Wei hold blue cups. The logo on the cup is a white deer, and the slogan is: 这一杯，谁不爱 (zhè yībēi shéi bù ài, “who wouldn’t love this cup?”). In other advertisements the slogan is more descriptive: 小蓝杯，谁不爱 (xiǎo lán bēi, shéi bù ài, “who wouldn’t love little blue cup?”). The blue cup is now the trademark of the new Chinese startup: 瑞幸咖啡 (Ruì xìng kāfēi, translated to Luckin Coffee).

杯 (bēi) = as a noun means cup, as a measure word it is used for cups

You can watch the Luckin Coffee commercial here:

Chinese coffee consumption is relatively low, only about 4 cups per year on average. Even in first tier cities, it increases to only about twenty cups a year. Chinese still prefer their traditional tea. And yet, having launched only in January this year, Luckin Coffee has already established more than 500 outlets around the country. That’s about a fifth of Starbucks’ local outlets, which has operated in China since 1999 and has more than 3,000 stores. Chinese coffee consumption is relatively low, but as the most populated country in the world it has actually become one of the largest coffee consumers in the world, in the last few years.

Starbucks is an American brand, Luckin Coffee is a Chinese brand.

In 1999, Starbucks opened its first store in Beijing.

To practice the correct pronunciation of 瑞幸咖啡 watch this video:

Money is no use in Luckin Coffee. To order a “little blue cup” you need to download their app on your phone, order your coffee online, pay for it online, and pick it up only after receiving notification to your mobile.  不需要与咖啡师有太多交流 (bù xūyào yǔ kāfēi shī yǒu tài duō jiāoliú, “no need to have too much communication with the barista”), as one of the reviewers wrote.

Luckin Coffee provides a flexible experience for customers by providing pickup and delivery options. More than third of their outlets are kitchens dedicated exclusively to fill delivery orders. Their prices are lower than Starbucks’, and they attract customers to drink their fine coffee with different deals: 首杯免费 (shǒu bēi miǎnfèi, “first cup free”), 买2赠1 (mǎi 2 zèng 1, “buy 2 get 1 free”), and so on.

So next time in China, before entering Starbucks, Costa, or Dunkin Donuts, try a “little blue cup” instead. Watch more on the new dynamic of the coffee market in China in this video: