Real Chinese Food – Dessert Posted by sasha on May 5, 2016 in Uncategorized

We’ve just about run the gamut of real Chinese food, having covered breakfast, lunch, dinner, snacks, and drinks. I hope you’ve still got room for more, because we can’t finish this series without talking about dessert (甜点 – tián diǎn). Sweets may not come to mind when you think of Chinese cuisine, but that doesn’t mean they don’t exist. Of course, the Chinese do dessert quite a bit differently than we do in the West. Sure, you’ll find cake and ice cream occasionally, but these are definitely Western imports. Also, dessert is not necessarily eaten at the end of a meal in China. If you order a sweet dish off the menu, don’t be surprised if it turns up in the middle of your meal. Rather, many dessert items are simply eaten as snacks throughout the day. Take a stroll around any big Chinese city, and you’ll notice countless vendors selling sweet little treats at all hours of the day.

So what exactly are real Chinese desserts? Not surprisingly, they vary from region to region across this vast country. Common ingredients in dessert dishes include glutinous (sticky) rice, sweet bean pastes, and agar – a jelly-like substance made from algae. To give you a better idea of what to expect from Chinese dessert, here are five common dishes, with a little description for each: 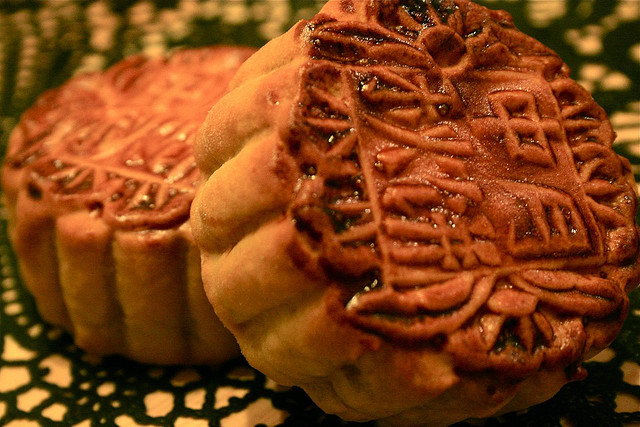 Photo from Avery on www.flickr.com

The traditional dish associated with the Mid-Autumn Festival, moon cakes just might be the most famous dessert in all of China. These lunar treats can be filled in a variety of ways, usually with a filling including nuts, red bean or lotus seed paste, Chinese dates or other fruit, and sometimes a salted egg in the middle. Learn more about moon cakes in this post. 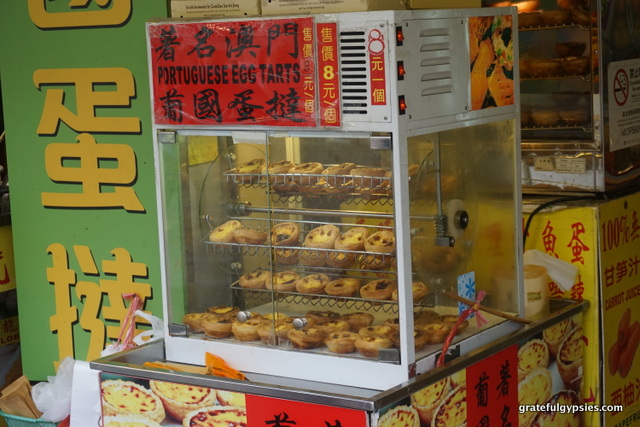 These originated in Europe, but were introduced to Chinese cuisine by the Portuguese when they colonized Macau. A little pastry filled with caramelized egg custard, these treats are beyond delicious. You’ll find them on the menu in many Cantonese restaurants, and can pick them up on just about any street corner in Macau. 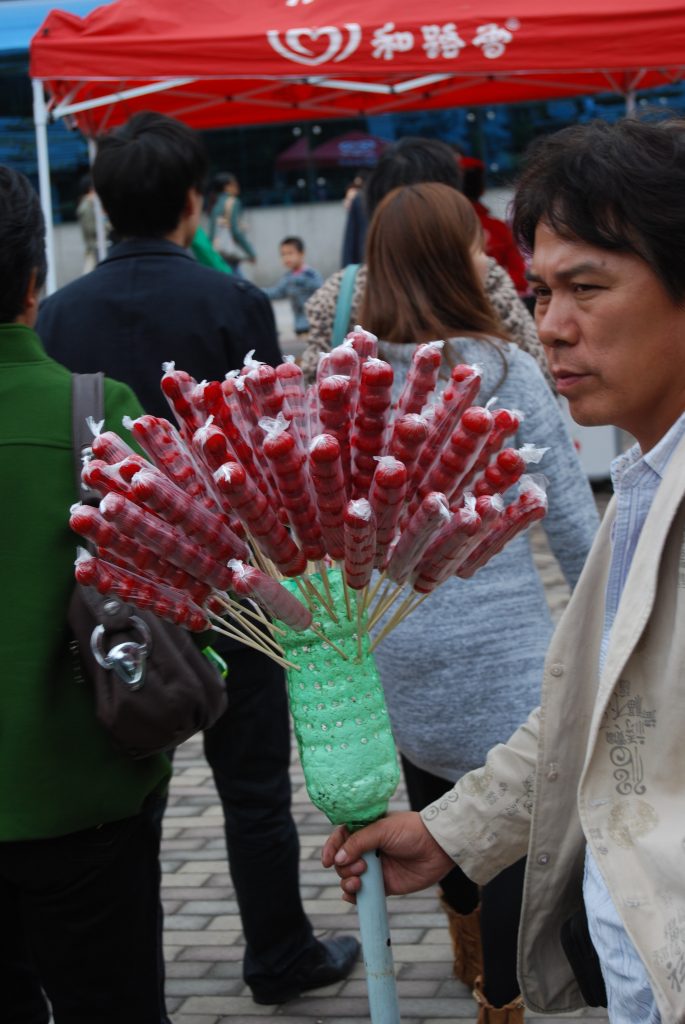 This traditional northern Chinese snack consists of candied fruits on a bamboo skewer. Tanghulu is usually made with Chinese hawthorns, but these days you can find them with all sorts of fruits – kiwi, grapes, strawberries, cherry tomatoes and more. They can be found all over the country, usually selling for just a few kuai a piece. After eating a few, though, you may find yourself with a hefty dental bill. 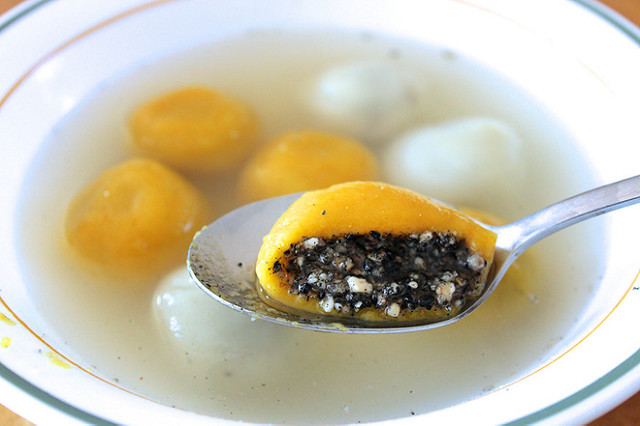 Image by Bing from flickr.com.

Also known as yuanxiao (元宵 – yuán xiāo), these glutinous rice balls are traditionally eaten on the Lantern Festival, the last day of the Spring Festival celebrations. They’re also commonly eaten at family gatherings, as the name is a homophone for reunion (团圆 tuán yuán). Flavors differ depending on the region – they’re typically salty in the north and sweet in the south. 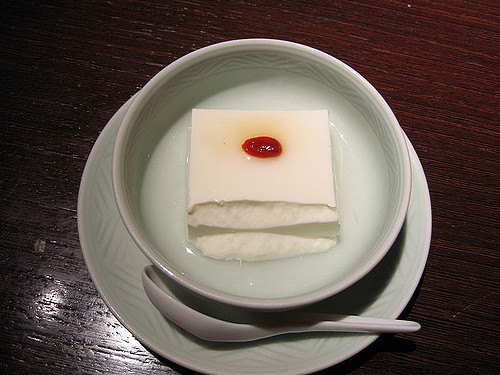 Image by Fumiaki Yoshimatsu from flickr.com.

This name is a bit misleading, as it’s typically made from apricot kernel, agar, and sugar. It’s also not really tofu at all (as the Chinese name would suggest), as there are no soy beans in the dish. When chilled, the mixture solidifies into a soft gelatin.

While these desserts are all fairly common across China, there are plenty of odd ones that you may have never heard of. The funny dudes from “Off the Great Wall” bring you ten of them in this awesome YouTube video: