Santa Claus is Coming to China Posted by sasha on Dec 23, 2013 in Uncategorized

Everyone is getting in the holiday spirit, even in China, where most people don’t know a thing about Christmas (圣诞节 – shèng dàn jié). Well, there’s one thing most Chinese know about Christmas – shopping. This time of year, it’s impossible to avoid giant tacky Christmas trees, and you’re sure to hear “Jingle Bells” just about everywhere you go. They say Christmas has become too commercialized in the States; well, come to China and you just might change your mind. Sure, it’s nice to see some of the Christmas spirit in the Middle Kingdom, especially for those of who expats who live here and have no choice but to spend the holiday far away from our families. Sure, China is happy to put on huge Christmas sales in the shopping malls, but nobody is getting a day off of work, that’s for sure. All of this can add up to some serious holiday season depression for some. Luckily, there’s a cure – at least a temporary one – Santa Con! 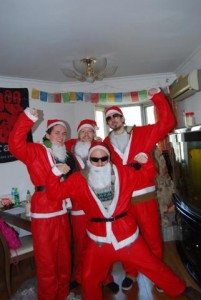 Getting ready for another year of Santa Con.

This event is celebrated around the world and is open to all people of all religions, and it came to Beijing back in 2008. Basically, everyone dresses up like “Christmas old man” (圣诞老人 – shèng dàn lǎo rén) in his red & white get-up, or as Rudolph, or even as a dreidel, for our Jewish friends, and hits the town to spread Christmas cheer around smoggy, congested Chinese mega-cities. In 2013, Santa Con took Beijing, Shanghai, and Shenzhen by storm, and it appears to be growing every year. The event is not only a massive day-long bar crawl, but it’s also for a good cause – purchases of Santa suits go to local charities, and donations are also accepted. This year in Beijing alone, Santa Con raised well over 3,000 RMB for charity. Who says a bunch of binge drinking Santas are nothing but trouble!?

Spending Christmas away from home over the past few years hasn’t been so bad for me and lots of other expat friends thanks to this glorious event. Every year, despite the distance between our loved ones and the horrendous weather of Beijing in December, we know we can look forward to a day of holiday cheer(s) and spirit(s), confusing the hell out of Chinese people who probably have even less of an idea what Christmas is really about thanks to Santa Con. Although I regretfully had to miss the 2013 installment (well, not really… I’m sitting on the beach in Cambodia), I’ll always look back on the Santa Con events I joined in Beijing fondly, if only I could remember them. Thankfully, we have photos and videos to help aid in the blurry memories: 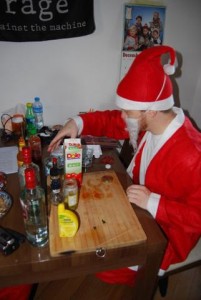 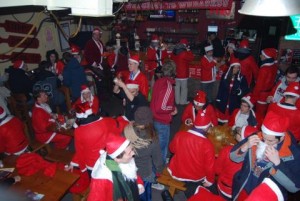 The day often starts at noon, down at Pyro Pizza in Wudaokou. 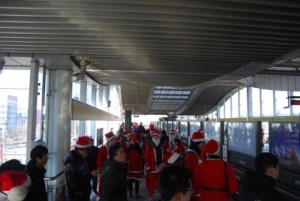 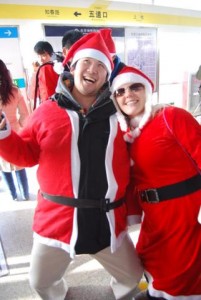 And they’re happy about it! 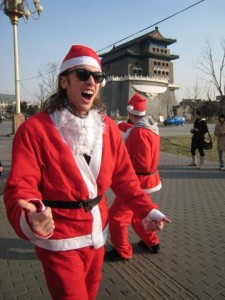 Some Santas are stoked to be off the subway… 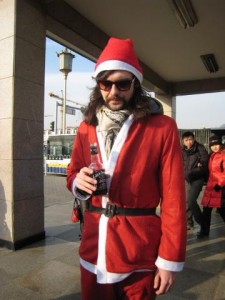 …while others choose to drown sorrows in whiskey/cokes. 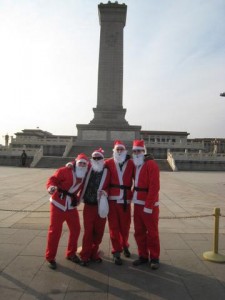 Santas then take over a famous landmark, such as Tiananmen Square. 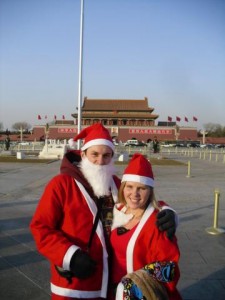 Chairman Mao would love this party. 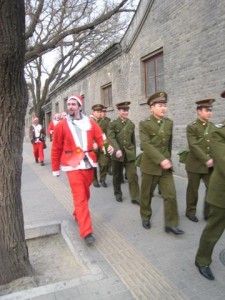 Santa likes to cause a bit of trouble… 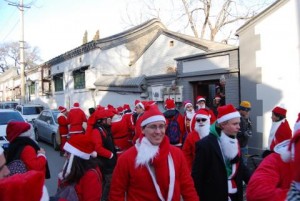 Invading the hutongs of Beijing. 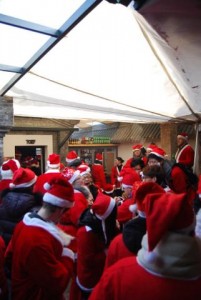 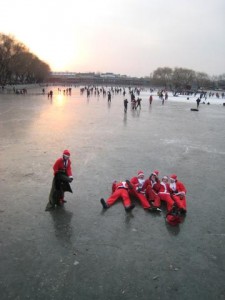 Then it’s on to Hou Hai lake, where things start to get silly. 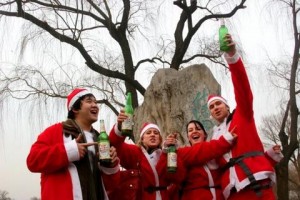 Santa is three sheets to the wind. 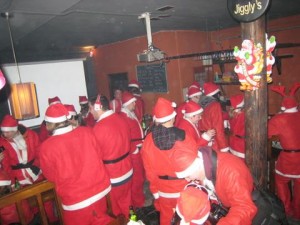 By the time we hit NLGX, Santas start dropping like flies. 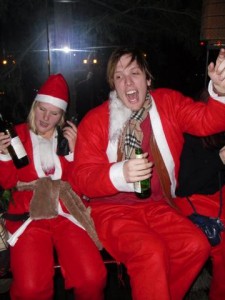 This one needs no caption. 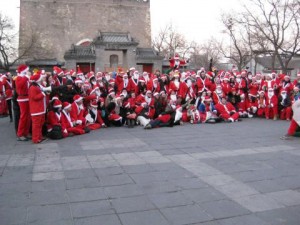 There’s gotta be a big group picture, although some Santas may not remember it the next day…

If pictures aren’t enough for you, check out the video highlights from the last three years:

If that’s not enough to get you in the Christmas spirit, well then you’re just a real Scrooge.