Sustainable Development in Rural China Posted by sasha on Jun 22, 2013 in Culture

It’s no secret that China is a country which is rapidly developing. I mean, just look at this picture that shows the skyline of Shanghai in 1990 and 2010:

What a difference 20 years makes in modern China! 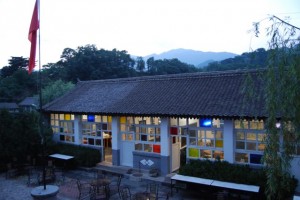 The Schoolhouse lit up at night.

When one discusses China’s insanely quick development, its countless mega-cities are often the focus of attention. However, rural China has been going through some changes as well. The desire to upgrade villages and make them more modern – while at the same time maintaining the heritage and culture of the place – is no easy task. For a prime example of sustainable development in rural China, one need look no further than The Schoolhouse (校园 – xiào yuán), located outside of Beijing’s city center near the Mutianyu Great Wall (慕田峪长城 – mù tián yù cháng chéng). The village’s abandoned primary school was redeveloped a few years ago and turned into a restaurant and art glass studio. Many traditional homes in the area have also been renovated and are available to rent. 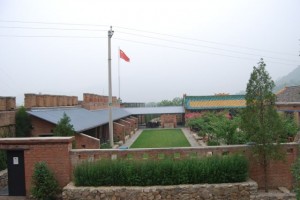 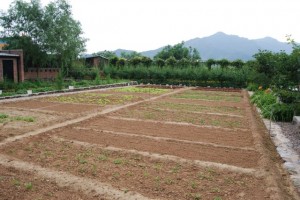 Growing tasty veggies is part of the experience here.

In addition, an Eco-retreat called The Brickyard (瓦厂 – wǎ chǎng) has been built with rooms that use solar heating and have floor to ceiling windows that maximize sunlight and limit the use of electricity. In building this retreat, they re-used materials where possible, employed local builders and craftsmen, and they also adopted local materials for the construction. On site, you’ll find a small plot of land where vegetables are grown that are used right next door in the kitchens of both the Brickyard and Schoolhouse. For more information on green development practices here, check out their website. 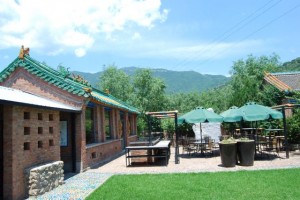 Great views are abundant out in the villages.

For people who are accustomed to the day-to-day grind of life in the concrete jungle that is Beijing, an escape out to a place like The Brickyard is a godsend. Breathing the fresh air, enjoying the stunning views of the hills and the Wall, relaxing in the spa, and lounging outside on your private terrace makes you feel like you’re on vacation in some remote paradise, although all you had to do was hop a bus to get there! As an avid traveler who thoroughly enjoys a nice hotel stay and also as an avid hippie who values the importance of sustainable development and green energy, this is high on my list of my favorite places I’ve stayed. 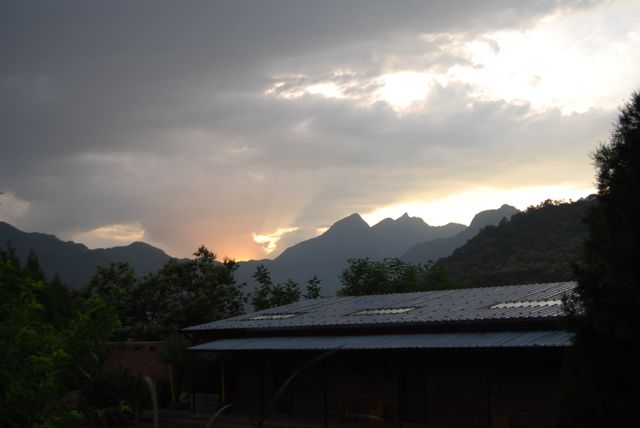 Sunset behind the "Sleeping Buddha" hill. Can you see him resting up there? 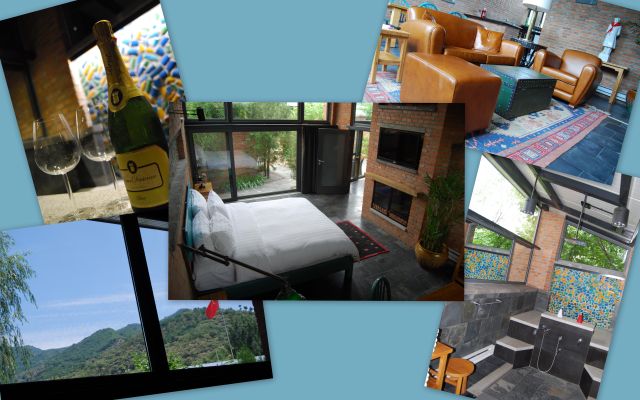 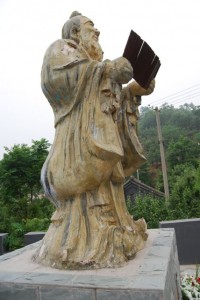 Confucius statue in the village. 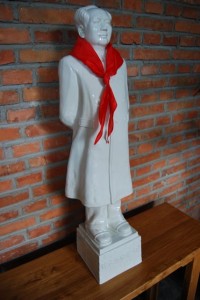 The Chairman himself looks over the suite. 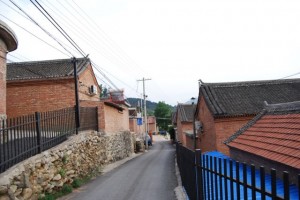 A glimpse of the village.

Sustainable development can be seen in the surrounding villages as well. Tourism to this section of the Great Wall has obviously brought an influx of visitors and cash in recent years, so it’s no surprise that the villages too are developing. On most rooftops of the simple one-story households, you’ll find solar panels for heating water. Although China often gets mentioned in the press for its horrible air pollution, it’s clear that green energy is becoming more and more important in the Middle Kingdom. Earlier this year, China even overtook the US as the leader in green energy investments. It will be interesting to see how this plays out in the years to come. For China’s (and the rest of the world’s) sake, let’s hope that such practices become more commonplace. At least in one small village outside of Beijing, things are looking up.