Temple Hopping in Beijing Posted by sasha on Aug 24, 2016 in Culture

Beijing (北京 – běi jīng) is one of the most popular cities in China to visit, and for good reason. There’s enough to see and do to keep visitors busy for weeks on end. The city is home to some of the most famous sights in the country – the Great Wall, Forbidden City, and Summer Palace all come to mind. You can also shop ’til you drop, feast on roast duck, catch a performance of Peking Opera, or enjoy the city’s epic nightlife. One side of Beijing that often gets overlooked is the peaceful, contemplative side. To see this side of the Chinese capital, look no further than the city’s many temples. Here are five Beijing temples that you should add to your list if planning a trip there: 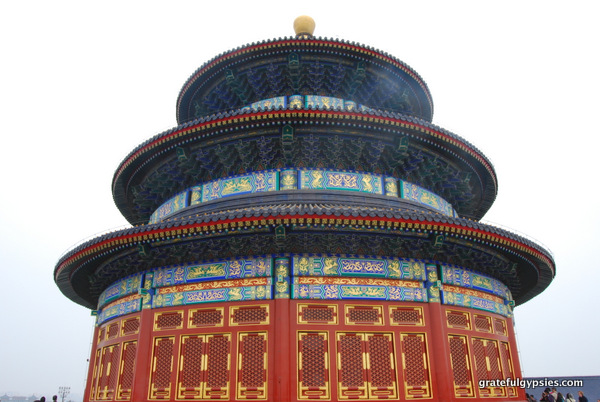 When it comes to Beijing temples, none is more important or famous than the Temple of Heaven. Built during the Ming Dynasty in 1420, this is one of China’s most treasured relics. Every itinerary to Beijing includes a stop here. Listed as a UNESCO World Heritage site, it’s the most holy of Beijing’s imperial temples. The temple complex consists of 92 buildings. It plus the surrounding park create an area that is larger than the Forbidden City. To fully explore the temple and the grounds, dedicate at least 2-3 hours for a visit here. 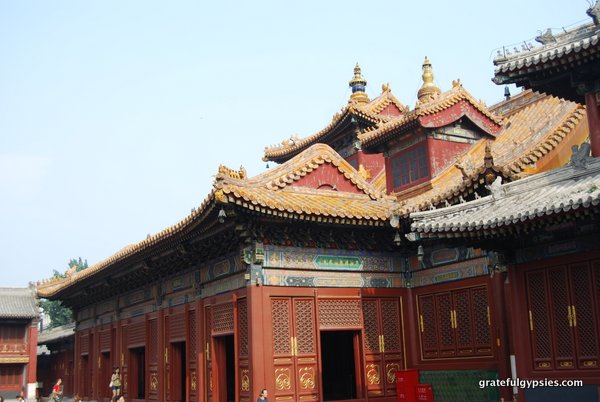 Literally translated, this is the “Palace of Peace and Harmony,” but the common English name comes from the fact that it’s an active lamasery. This is the most renowned Tibetan Buddhist temple outside of Tibet. Previously, it served as the official residence for the Emperor Yongzheng, who was laid to rest here in 1735. The temple grounds are quite impressive, with the highlight being the massive Buddha statue carved from a single piece of sandalwood. 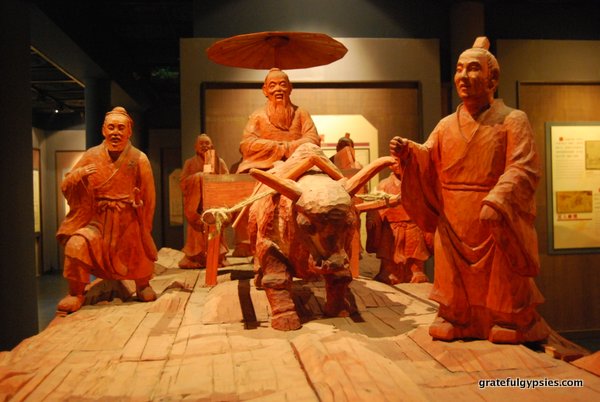 A lovely carving at the temple.

The Confucius Temple of Beijing is the 2nd largest in China, after the one in Master Kong’s hometown of Qufu. Built in 1302, officials from three different dynasties came here to pay their respects to Confucius. You can easily pair this one with a visit to the Lama Temple, as they’re right down the street from each other. Spend half a day touring the temples and wandering around the colorful hutongs in the area. 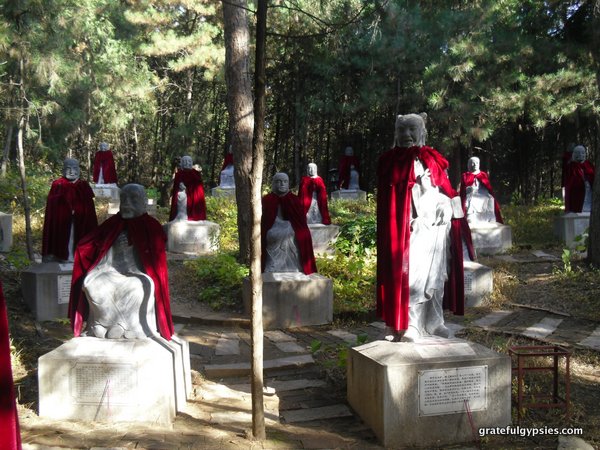 Some of the many arhat statues.

Out in Beijing’s Huairou district, you’ll find the Red Snail Temple. This Buddhist temple is over a thousand years old, and it’s a great place to learn about Chinese history and culture. You can also get some exercise and enjoy the fresh mountain air here, as it’s quite far away from the city center. The grounds are huge with a lot to see, including the 500 arhat statues. Supposedly, every one has a different facial expression, but we didn’t look at them all up close to verify. 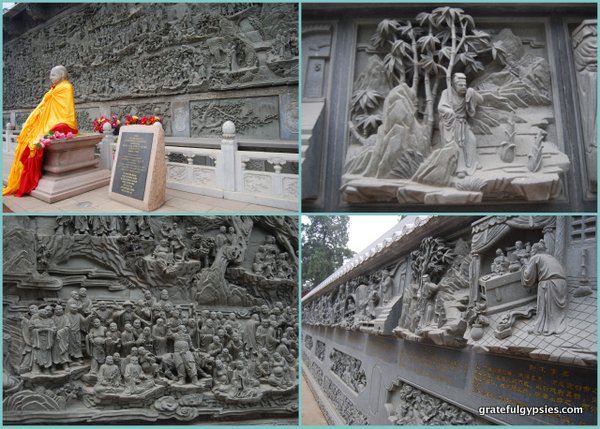 Beautiful carvings at one of the temples.

Located at the foot of Beijing’s Western Hills (西山 – xī shān), the name refers to eight Buddhist temples and nunneries that are spread out across the hills. As usual in China, the names are quite interesting and rather poetic – the Temple of Eternal Peace, Temple of Divine Light, etc. Many of the temples were originally built centuries ago, but most of them were restored in the 1980s. It’s an interesting place to visit, as it’s part temple and part amusement park. You can burn incense and leave offerings, and you can also play carnival games and take a toboggan ride.

When planning your visit to Beijing, try to include at least a few of these temples on your itinerary. While religion may not be a huge aspect of Chinese culture, the traditional temples are still quite important and well worth a visit.