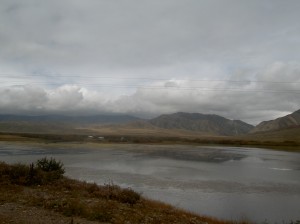 After waking up in a sand-filled bed, dehydrated and sunburnt, I figured my time spent in Dunhuang was at an end. I was continuing on my Silk Road trip to Xian and still had nearly the entire length (about 1500km) of Gansu province (甘肃) left to traverse. A series of buses and a long train ride awaited me. Luckily I had a deck of cards, yak ramen and enough bottles of 白酒 and 啤酒 to 干杯 my way from one end of Gansu to the other, all within a night. When the sun set aboard the train, I was barreling across the Gobi desert. Yet when I awoke, I found myself staring out into temperate terrain of grasslands, vegetation and rivers bathed in green and golden hues. The transformation was astounding causing me to ask myself, “Are we even still in Gansu province?” I was worried I missed my stop. After questioning some passengers they told me to relax and that I was in fact still in Gansu, this time in Xia He.

Xia He, or 夏河 (Xià hé), translates as “summer river” a title that is instantly noticeable after our stay in Dunhuang. Like the rest of Gansu, Xia He is at a high elevation (over a mile above sea level) and is situated on the fringes of the Tibetan Plateau. There are rolling hills as far as the eye can see with a few craggy peaks in the far background. The weather is cool and damp during the day and absolutely frigid at night. The area, which lies in the direct intersection of Chinese, Tibetan and Mongolian cultures, has exchanged rule for thousands of years, but has always remained a true to its Tibetan roots. 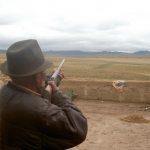 Upon arrival, I ventured out into the grasslands, and stumbled upon a small farm village with some friendly faces. I was instantly offered yak yogurt (a delicacy there) and more yak milk-liquor, and then was shown around the ranch by a wiry little guy with a rifle. He showed me his land, his massive mountain dogs (whom he said were pure breeds worth 10,000 kuai) and fired a few rounds off into the distance, explaining that in this pseudo-autonomous region, hunters and herdsmen can fire guns “just like Americans”. Upon leaving the ranch, we visited a youth monastery/school in town, drawing the attention of hundreds of  high schoolers who had never seen 老外s in person. Yet soon their awe was traded for a pride, as they challenged us to a game of basketball on their home court. It was Team USA vs. 中国队 (Team China), and believe me, no one was yelling 加油 (the english equivalent of “let’s go”) for the away team. While we had them beat on the fundamentals, we soon learned their plan: use the elevation to their advantage by running back and forth, to wind the unconditioned Americans. It felt like sprint sets on top of Everest. By the end of the game, everyone was laughing through deep breaths of air. Hustle beat height.

After our victory (or loss depending upon who you asked) our competition took us out for a meal of delicious yak (as if there is any other kind of meat?) dumplings, keeping up banter about the NBA and American TV. They informed us that they were devote Buddhists who had moved to this boarding school in Xia He to become monks. Many were from Tibet and explained that historically, this part of China was under Tibetan control up until the 15th and 16th centuries when Tibet was a strong and unified nation. That’s why so many customs pervade amidst a Han Chinese province. Tibetan Buddhist customs and beliefs, like Islam, spread along the Silk Road from Dunhuang and neighboring Tibet, Nepal and India. Buddism or 佛教 (fó jiào), is evident everywhere here in Xia He and so are the Xia He monks, clad in red robes and yellow, what can best be described as “cockatoo hats”. This is because the Labrang Monastery or 拉卜楞寺  (lābǔlèng sì), one of six great Geluk (Yellow Hat aka, “cockatoo hats”) schools of Tibetan Buddhism lies within Xia He borders. Students, scholars and converts of Tibetan Buddhism all flock to this notable monastic university much in the same way divinity students flock to universities. Within the town, monks of all ages roam the streets, chatting on cell phones, goofing around with friends and even visiting the internet cafe. In fact, when I went inside a local 网吧 (wǎngba) to check my email, I found a slew of tween monks, in full garb, playing Counter Strike, while yelling obscenities at one another and puffing on cigarettes. Maybe not what Buddha was going for when he spoke of “ridding oneself of material affects”. Oh well, I’m sure the portly fellow doesn’t have strong feelings on this issue either way. Everything is as is should be…

A row of Tibetan prayer wheels.

After touring the Monastery we made our way to the long line of  prayer wheels that surround the temple. In meditation and the reciting of monastic prayers, monks, Buddhists and anyone who’s down on their luck or needs a bit of fortune coming their way circumabulate the seemingly miles of prayer wheels that surround an inner stupa. Tibetan Buddhism is similar to Mahayana sects but has but also includes the four marks of existence. It is extremely esoteric, and relies heavily on the following of a mandala, which is a maze like prayer “road map”  that helps the monk focus on reaching englightenment (similar to koans). Yet here in Xia He, scholars and monks “navigate” a different mandala–the extensive grounds of the monastery–all the while reciting prayers and spinning wheels. Upon doing a little prayer-walking of my own, I noticed just how many people have frequented this location by seeing how warn down and polished the wood, stone and wheels were. While traffic mainly consisted of yellow hat monks and orange clad youngsters, a good deal of local residents from the neighboring town were getting their exercise in, stopping only–to stare wide eyed at the group of foreigners spinning their sacred wheels. 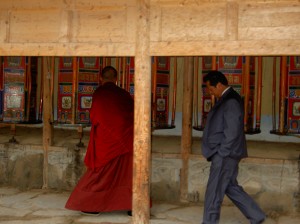 You know the economy is in bad shape when you see this.

Additionally, I noticed quite a few men dressed in business suits and talking on their cell phones–all the while spinning wheel after wheel. Unlike the monks and locals, these 商人 (shāng rén) moved with purpose, passing slower worshippers while reaching around them so as to not skip spinning a single wheel. Tough day in the stock markets, 朋友? 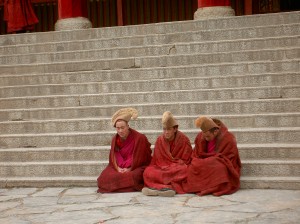 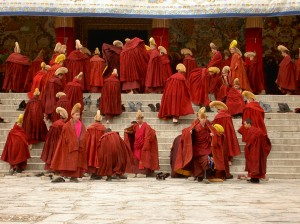 After getting a good amount of walking in this high altitude climate, we made our way to the center courtyard of the temple, where a esoteric display, rarely seen anywhere else was about to begin. What started with just a lone monk sitting on the courtyard steps, chanting to himself, soon became two, then three, then ten, and soon, before we knew it, closer to one hundred, all chiming in with their fellow monks. The courtyard echoed and shook, bells began ringing and doors to the main temple opened. Then while still in chant, the monks formed into a snaking line and entered the temple and were gone. See the gallery below for more photos: 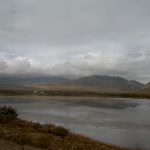 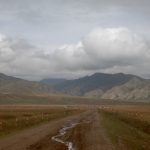 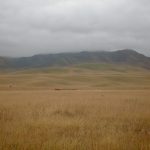 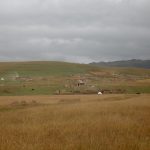 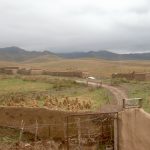 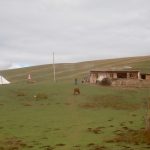 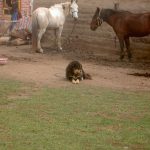 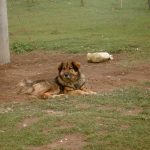 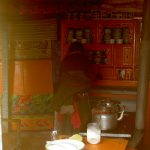 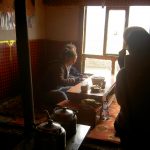 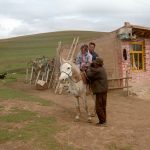 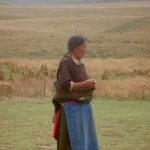 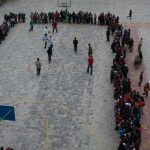 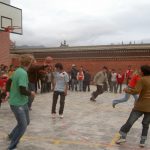 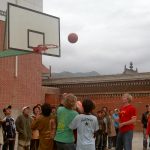 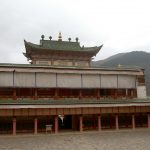 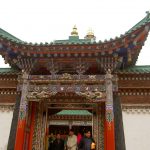 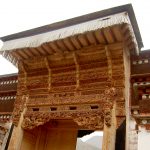 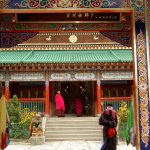 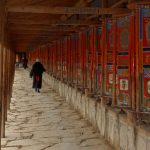 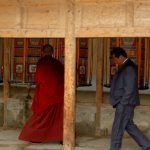 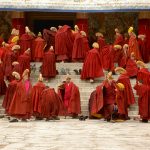 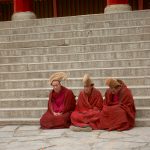