Months of the Year Posted by Bjørn A. Bojesen on Jan 12, 2012 in Uncategorized 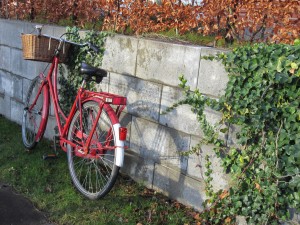 Like the days of the week, months are easy in Danish – provided your language is English or one of the other (European) tongues that have taken over the names from the Romans! Don’t worry, there are no Latin endings left in the Danish version…  In fact, the month names can’t be inflected at all: It is always i maj, not ”i majen” (”in the May”) or something. Notice by the way that the names are not written with a capital in Danish.

Januar [YAH-noo-ar]. One of the coldest months in Denmark. The festive days of jul (Christmas) and nytår (New Year) are over, now is the time to shelve those Christmas gifts and get back to work! Januar is the last month of the autumn semestre, so many students are busily preparing for their exam. People who like shopping are enjoying the januarudsalg or January sales.

Februar [FEH-broo-ar]. Usually considered the first month of foråret (the Spring), February brings the promise of more light and warmth to the green lawns and (still) leafless trees. In the universities, a new semester starts.

Marts. Many træer and buske (bushes) start coming to leaf this month. This process has a very poetic name in Danish – løvspring (leafing, literally ”bursting of leaves”).

April [ah-PREEL]. Jeg vælger mig april! – as the pre-Internet meme goes: I choose April! The line comes from an 19th century song by – ahem – Norwegian author Bjørnstjerne Bjørnson. I den bli’r somren til! the song argues: In It the Summer comes into being.

Maj [my]. True enough, May is sometimes a Summer month… Whatever you call it, it surely is a pleasant time to visit Denmark. There are more people in the streets. The cafés place tables and chairs outside by now. If you’ve come to Scandinavia to go blonde-watching, you’ll certainly notice that people wear less clothes in maj. 😉

Juni [YOO-nee]. If you’re studying, now is the time for another eksamen. If not, you might dare dipping a toe in the ocean to see if it’s ready for you…

August [ow-GUST]. This is højsommer (”High Summer”), where temperatures may rise to 26 degrees of Celsius or something, which is HOT in Denmark!

September [sep-TEM-ber]. Enter efteråret (the Autumn/Fall), where the leaves are getting pretty yellow and red colours, and people start catching their first cold.

Oktober [ok-TOH-ber]. Join your venner (friends), get a barrel of øl, and embrace yourself for the darkness!