Your name is what? Posted by Bjørn A. Bojesen on Apr 21, 2017 in Traditions, Vocabulary 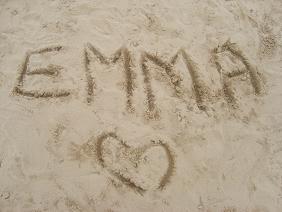 One of the most popular names in Denmark. (Photo courtesy of emma.buckley at Flickr, CC License.)

H.C. Andersen is probably the most famous dansker (Dane) of all time… Like all danskere, he’s got a

• fornavn [fore-naoon] – in this case: Hans Christian – and an

• efternavn [eftor-naoon] – which of course is: Andersen

Please note that double names were much more common when H.C. [haw seh] roamed the streets (19th century) – today most Danes are happy to give their child a single, godt udtænkt (well thought out) navn [naoon]! 🙂 And as for the famous -sen in Andersen – let’s return to that in a second! 🙂 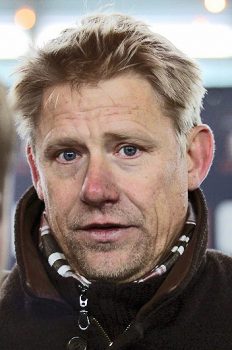 A fun and exotic thing for foreigners to discover are all the names that were originally used by the Vikings, for example Freja, Nanna, Sif, Thyra, Gudrun, Bodil, Astrid, Åse, Sigrid, Gry for women, and Thor, Aske, Eske, Bjarne, Bjarke, Gorm, Erik, Harald, Frithjof, Asbjørn for men.

In 2017, choosing a unik (unique) name has become like a sport for many parents! 🙂 I gamle dage (in the [good] old days), when all Danes were offline and most people lived in landsbyer (villages), people often took it easier, picking a ”classical” name for their child. Men were typically called things like Per, Peter, Ole, Anders, Hans, Lars, Nils, Knud, Jens, Ib, Bo, Poul, Mads… (And women had names like Anne, Marie, Maren, Mette, Karen, Else, Lise, Lis, Lone, Dorthe, Katrine, Trine…)

If you add -sen to one of the ”classical” male names, you’ll most probably end up with one of the very typical Danish ”sen” names: Petersen, Olsen, Andersen, Hansen, Larsen, Nilsen, Knudsen, Jensen, Poulsen, Madsen… 🙂

You see, originally Danes had no last names… They only had their personal name, and maybe a kaldenavn (nickname) – think about the king Gorm den Gamle (Gorm the Old). If they were in doubt who was who, they would say things like ”Marie, Oles datter” (Ole’s daughter) or ”Svend, Oles søn” (Ole’s son). At some point in middelalderen (the Middle Ages) people started using family names – that’s really nice if you’re a king and want to check that everyone’s paid their taxes! 🙂 So, Oles søn became Olsen – voila, a readymade family name! (To keep it simple, girls were soon given -sen names too, instead of -datter names.) 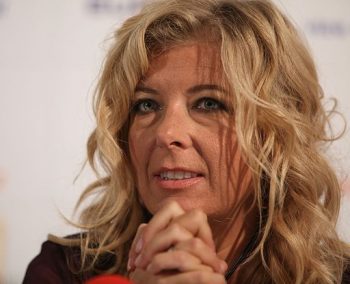 Adelen (the Nobility) and overklassen (the upper class) often had fancy German names, and also because of a lot of contact with Germany, modern Danes have last names like Schlüter or Messerschmidt or von Trier. Other Danes have last names that were probably the name of the place where the original family had their gård (farm) – that’s why you’ve got last names like Laudrup or Ørting or Kjær. A few people took the name of their job as a surname – hence Bødtker (”Maker of Barrels”).

When two people of different sexes gifter sig (marry) in Denmark, the woman sometimes chooses to take her husband’s last name (that’s how it was done traditionally – now it can also be the other way around, with the man taking his wife’s name). Some women (and men), though, keep their old family name as a mellemnavn (middle name). Some people choose to merge two different family names with a bindestreg (hyphen), for example Skovlund-Hansen. With many people getting divorced and re-married, and most people being happy with their last name and wanting to keep it, it’s no wonder that many Danes have long ”combo” names! 🙂

What is your favourite Danish name?