Asking for Directions in Dutch: Vocabulary Posted by heather on Jun 14, 2011 in Dutch Language, Dutch Vocabulary 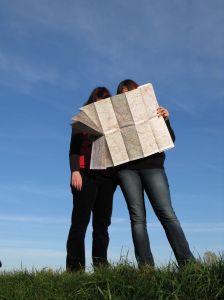 One of the most handy things to be able to understand and talk about in a foreign language is how to get somewhere.  It’s practical (you aren’t learning how to say your job is a rocket scientist/ballerina/astronaut when you clearly aren’t), concrete (there is a clear sequence to the conversation) and useful (hey, we all have to get somewhere).  Yet, ironically enough, it is also one of the most difficult topics for foreign language speakers.  Why?  Because usually after you have asked where something is in your well rehearsed Dutch, you get a response back that is spoken so fast and is so long that you don’t know what hit you.

So, over the next few weeks, we are going to go over some of the most important aspects of giving and asking directions.  By the end you’ll be a pro but today we will begin by focusing on some vocabulary. 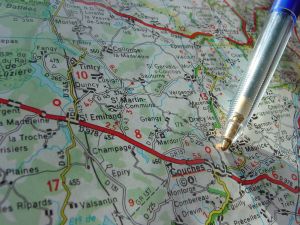 Ways to Learn the Vocab

Before you cringe and run the other way thinking you can’t learn all that vocab, take a look at these “hands-on” ways to lodge the words in your brain.  You’ll be glad you did and it will make things easier when it comes to the future posts about directions.

1. Change your GPS to Dutch and then use it, even for trips where you know how to get there.  However, you may not want to try this one if you are headed to a new destination and need to be there on time.

2. Create a treasure hunt in Dutch for another Dutch language learner.  Or make one with translations under the Dutch for a non-learner.

3. Use Google Maps to create directions in Dutch.

4. Explore your city/town with your own Dutch directions.  Write out a set of directions in Dutch and then go outside and follow them.  Where do you end up?

5. Give a tour of your neighbourhood using the Dutch words and phrases above.