This year, Netflix is investing about €1 billion in European series and movies. British and Spanish productions and series had already been part of Netflix’s offering, but this year, new countries will tapped. Such is the case for the Dutch-Belgian Netflix series “Undercover” which was released earlier this year. 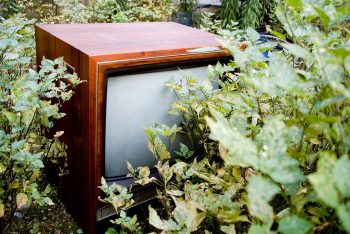 The show starts with a description of the xtc production in the Netherlands, specifically in the southern region of Limburg (which borders Germany and Belgium) with production figures, the problems this causes the region and a very intense quote that sets the scene:

The show follows the undercover investigation of the drug kingpin Ferry Bouman who pretty much runs the xtc world in Limburg. He spends the week in his bunker mansion and the weekends at a camping site in Belgium; the entire time he is running his business. He is said to be very friendly and a family man as long as you do what he says. The first episode sets the plot for the film: two undercover agents will pose as a couple spending time in the camping site trying to gain Bouman’s trust. Bouman’s temper is also evident since the first episode when one of his men lies to him. The two undercover agents, Bob and Kim, also have their own storyline. One is a family man and very much into planning and structured ways of doing things. The other is a more relaxed,  much more social and gains access to the family right away. Bouman discovers his car has a tracker so he sets out to contact someone in the police who can tell him what is going on. In short, Bouman doesn’t trust, the agents will have drama and there is bound to be lots of violence, a corrupt cop and lots of action.

In the age of drug cartel fame in films and TV series, it is no surprise that the biggest exporter of synthetic drugs (the Netherlands) would get a place. In 2017, the Netherlands produced almost a billion XTC pills and over 600 million grams of speed. This had a value of almost €20 billion. You can read more about these figures in this article from the Volkskrant.

“Undercover” was inspired by the investigation that led to the arrest of drugsbaron Janus van W also known as Harry Potter (maybe because of his glasses). Janus ran a drug empire from his vacation camp in Belgium for many years until thanks to the samenwerking between Belgium and the Netherlands, as well as an undercover investigation led to Janus’s arrest. De rechbank or court ordered a 10 year prison sentence in 2011. You can read more about Janus van W in this article from De Telegraaf.

“Undercover” was originally filmed in Flemish, the Belgian Dutch which has more in common with the Dutch Limburg dialects that ABN (Algemeen Beschaafd Nederlands) or standard Dutch. There are a lot of soft G’s, rolling R’s, and different uitspraken or pronunciations and words. The video below is of the Belgian TV show Van Gils & Gasten where the gasten are the two actors who play the undercover agents. In this interview, you can hear very clearly the different pronunciations between the Dutch actress Anna Drijver and the Flemish actor Tom Waes. They also discuss the issues they had during filming. Anna found it at times very hard to understand not only her co-actor Tom but also the Limburg crew.

I am certainly looking forward to more international TV series in Netflix. It will certainly help us all practice our language skills, but also give us an insight into the types of shows, story plots and actors of other countries.

Have you seen this TV series? Were you able to watch it in Flemish or did you opt for Dutch (or English)?