The Canon of the Netherlands Posted by Karoly Molina on Jan 23, 2020 in Culture

The Canon of the Netherlands is an important topic.The canon is a selection of the top 50 people, acts or happenings that have shaped this country. In short, the Dutch canon is what makes the Dutch Dutch and how the country and its people have evolved. 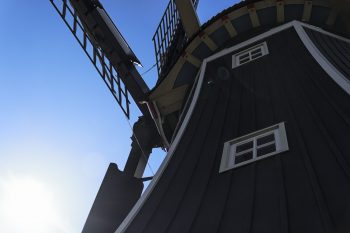 What is a canon?

According to Webster’s dictionary, a canon is an accepted principle or rule; a body of principles, rules, standards or norms. The canon of the Netherlands is then the accepted rules or standards for what makes this country and its people who they are. The Rijksoverheid website defines this as:

The government website goes beyond the standard definition to include how the country and its people have evolved. This is important because it means that the canon is something that can change and/or include more recent events when necessary.

According to this article from the Volkskrant, the official Canon van Nederland was created in 2005 in the search for the ‘gedeelde identiteit’ die kenmerkend is voor Nederland. The official website describes the Canon of this country as:

So what is in the current version of the canon?

The canon begins with the hunebedden or the megalithic tombs of early farmers. In Drenthe, you can see these megaliths or giant tombs and stones left behind five thousand years ago. These hunebedden can only be found in Drenthe, Germany and Denmark. The canon continues to the Romans, much later Erasmus, Willem van Oranje, then the Beemster Polder from 1607 to 1612. This was the project of draining the Beemster lake with the help of 43 windmills to get more land.

Further along the timeline, you have the grondwet or constitution of 1848 which has the fundamental rules and principles. In the first couple of articles, basic rights are mentioned such as everyone will be treated equally by the sate, freedom of religion, freedom of speech, among others.

The 19th century continues with some other great mentions like the novel Max Havelaar, Vincent van Gogh, and Aletta Jacobs, the first woman admitted to the university. Once she was a medical doctor, she focused on women’s reproduction rights and lobbied to get women the right to vote.

The timeline continues with Anne Frank, the great flood, television, gas deposits, and concludes with the euro. In total, these 50 vensters or windows into Dutch culture and history make up the Canon of the Netherlands. You can see the full timeline available in several languages via this link.

On May 2019, it was decided that the canon would be re-evaluated to see if there had to be any changes. The new version will be available in March 2020. The new version will not be distributed in boekjes but rather in short videos so that it is more appealing to Dutch middle school students.

There are already some controversies with the updated model including the argument that several schaduwkanten or hidden parts of history are being overlooked. The Dutch TV presenter Arjen Lubach dedicated part of his show to the canon and presented us with his song about the Dutch canon.

Were you able to catch some of the overlooked parts of history that Arjen and rapper Fresku mention? Does your country have an official canon?