The official list of the Van Dale Word of 2018 is out and open for votes, but before we go to the list, who is this van Dale? 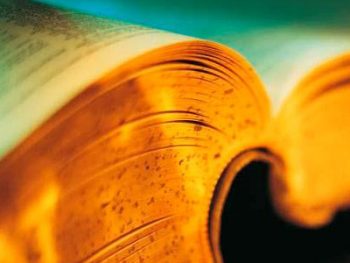 If you are learning Dutch, you might have heard of the wonderful dictionary by Van Dale. Van Dale is like the Webster’s and Oxford Dictionaries but in Dutch. The first Van Dale dictionary was first published in the late 1800s that was started by Johan Hendrik van Dale. Unfortunately for Johan, he died and the dictionary was published posthumously thanks to his student Jan Manhave. The Van Dale Groot woordenboek van de Nederlandse Taal, or dikke/grote van dale as it is nicknamed, is the complete dictionary. It is updated every few years and is published in three big volumes. For those looking for a more pocket-friendly version, there are several versions both in physical form, in apps, and through the website. While there are other very reputable dictionaries in the Netherlands, the Van Dale Dictionary is the most popular.

Word of the Year

Sine 2003, the Netherlands votes the new word of the year. The first few years, the competition was hosted by other organizations, and in 2007 Van Dale started their own. Since then, the lovely people at Van Dale select a short list of words and put them up for a vote and anyone can participate. All you have to do is visit their website. Once a new word is selected, it is added to the dictionary. Some of the past winners and runner-ups are grappig (hilarious), some dirty and others just weird. Below are just a few:

Swaffelen- to slap someone with a penis…yes you read this right! The Dutch actually have a word for this! (winner 2008)

Tentsletje- a girl who has sex with several men in order to stay with them at a festival, usually in the tent, literally a tent slut (winner Belgium 2010)

Tuigdrop- a place where people with criminal offenses can live in isolation. This was proposed by the PVV party in 2011. (winner Netherlands 2011)

Below is a discussion from 2017 on the Dutch TV show De Wereld Draait Door about the words they think should win.

This year, the finalists are quite interesting and reflective of the year. Below are just some of the candidates:

Drankhangen- hanging out with comfy clothes, drinks, and snacks (heavenly!)

Plogging- cleaning up trash while jogging

To see the full list and to vote, make sure to visit the Van Dale website before December 17. Which word would you add to the Dutch language?