What Color Is Dikkie Dik, Anyway? Posted by tiffany on Apr 27, 2014 in Dutch Language 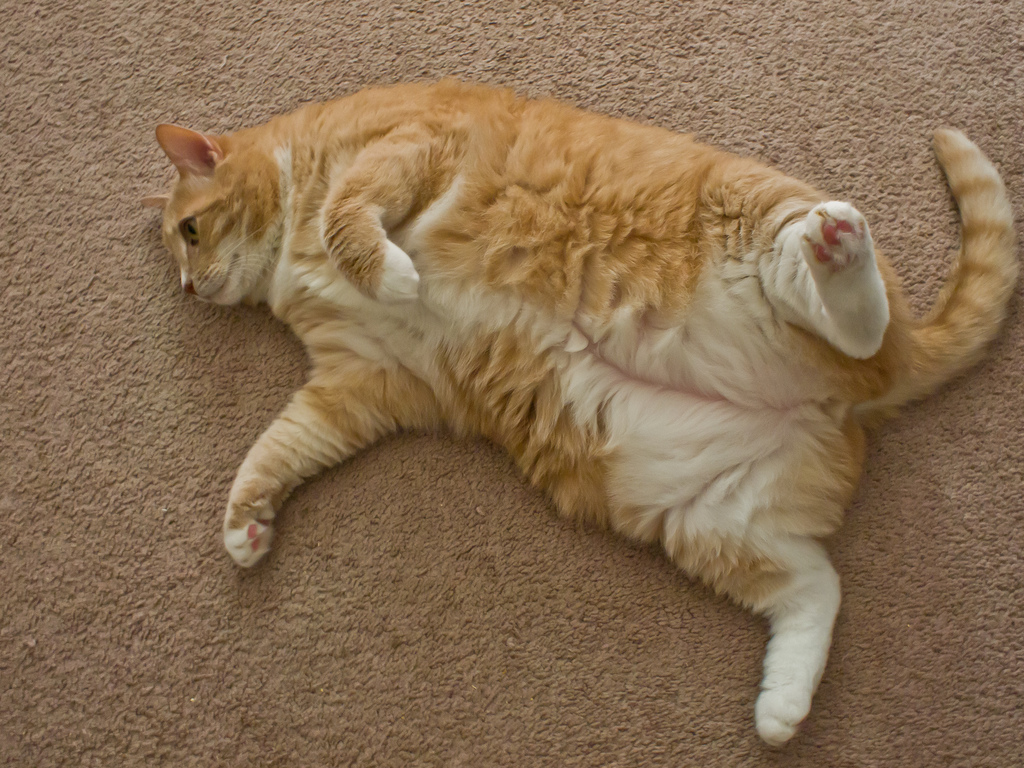 One of the things about being in what I like to call a bicultural relationship is that you never know when those cultural differences are going to pop up.

We had one such moment toward the beginning of our relationship when we happened upon a snoozing cat. He looked up as we passed, which seemed to be some kind of telepathic signal to my husband to stop what he was doing and pet it and talk to it and let it rub up against us – het hele gedoe (the whole shebang).

“You’re a big red cat, aren’t you,” my husband cooed as he stroked the cat’s fur.

“You mean, orange,” I corrected.

Now, I knew who Dikkie Dik was. I’d been gifted a collection of the children’s book series featuring the chubby cartoon cat when I first moved to the Netherlands. But if you handed me a Dikkie Dik coloring book, I’d use an orange crayon to color him in.

My husband would too. In fact, since our daughter got into coloring, he’s colored many a Dikkie Dik… with an orange-tinted coloring implement. But he still insists on calling the little guy rood (red).

Yet, if you were to ask me what color my daughter’s hair is, my response would be red. Despite the fact that the color of her hair is identical to that of good old Dikkie (whom I would call an orange tabby).

It raises the question of why we call those with Ron Weasley-hued tresses redheads (roodharingen) and not orangeheads.

Well, wonder no more, because Gretchen McCulloch of All Things Linguistic has dug down into the annals of etymology to come up with an answer. It’s a rather detailed one that you can read here, but basically…

As with many languages, the first color terms to originate in the English language were black and white, with red not far behind. The word orange didn’t come into play until the fruit of the same name arrived in England somewhere around 1300. Oranje (orange) began to be used as a color name in Dutch around the same time (1282).

Of course, there are more orange foods than just the orange. Why don’t we describe hair color as being “pumpkin” (pompoen) or “carrot” (wortel)?

For starters, pumpkins were a North American thing. Europeans didn’t know what they were until sometime after Columbus’s famous sailing jaunt in 1492. Etymonline has the word pumpkin cropping up in the English language in the 1640s and the Etymologie has the word pompoen appearing in the Dutch language in the late 1500s. Besides, pumpkins – much like melons – come in more than one color, so naming a color after either fruit just didn’t seem practical.

As for carrots, they got there too late. About 200 years after the orange. That and the fact that carrots weren’t orange. Not at first, anyway. Purple carrots were the norm, but you could also get them in red and yellow.

We didn’t get orange carrots until the 1600s. And, what do you know, it was the Dutch who began cultivating them!

Orange it is, then.

In short, the reason we call them redheads is because, at the time the terms were coined, there was no other color option.

The Dutch obviously kept within this line of thinking with regards to the color of Dikkie Dik. Why didn’t English follow suit? Who knows.

Perhaps it has to do with the advent of the word tabby to describe striped felines. According to Etymonline, the use of the phrase tabby cat was first recorded in the 1690s, which would have given the English plenty of time to adopt orange as a color.

So what do you think? What color does your native language use to describe our little friend above?