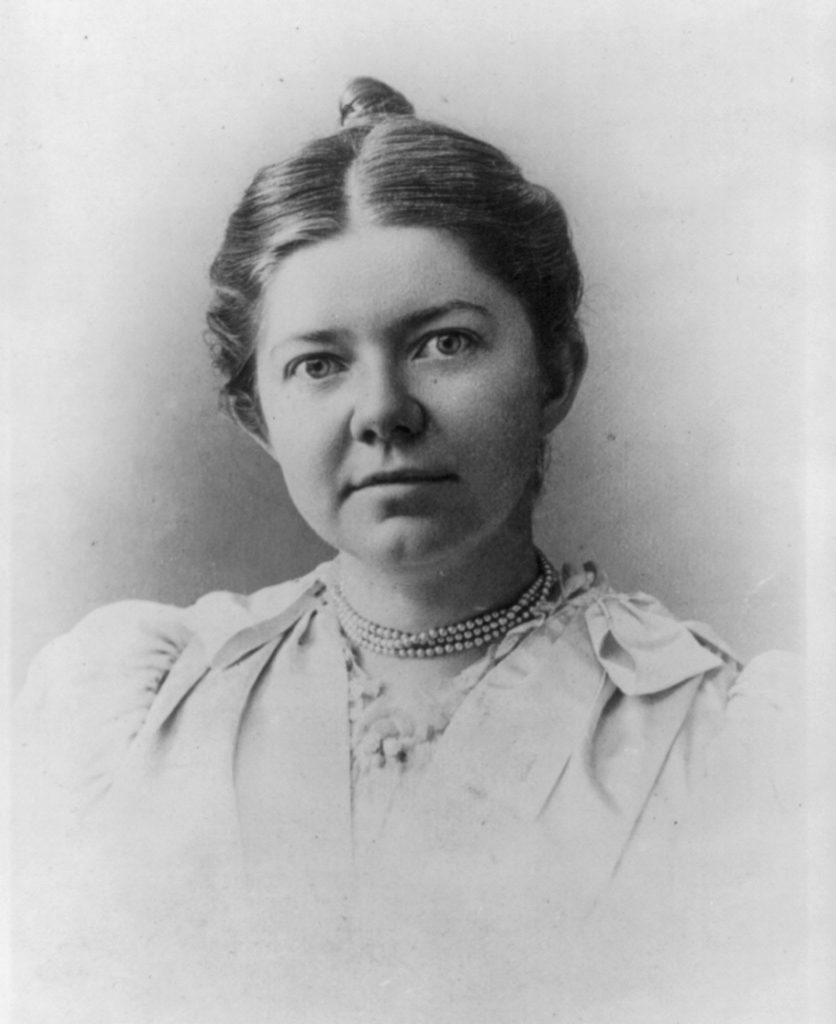 There’s a pretty good chance that you’ve never heard of Amy Beach. She was one of the finest composers of the late 19th and early 20th centuries. She had been a musical child prodigy, a concert pianist at 16, composer of the first symphony by a woman to ever be published, and had a long and influential career as a composer, performer, and educator. In her lifetime, Beach was best known as a composer of songs for piano and voice, and for chamber pieces. Her work is compared with that of Brahms and Rachmaninov.

She was born in Henniker, New Hampshire in 1867. It’s said that she could sing 40 songs by the age of one. When she was two, Amy could harmonize with her mother to lullabies. She taught herself to read at the age of three. At four years of age, she composed three waltzes in her head at her grandfather’s farm, in spite of the fact that her grandfather didn’t own a piano. She memorized them, then played them on her piano when she returned home. She could “play by ear”, a term that means that she could hear something and immediately know how to play it on a piano.

By the age of 18, the same year that she married Dr. Henry Harris Aubrey Beach, Amy was starring with the Boston Symphony Orchestra. Sadly, Dr. Beach then restricted her from performing except twice a year, or from studying composition with an instructor. Music was to be nothing more than a pleasant pastime. She was permitted, however, to study composition on her own, privately. Her musical genius enabled her to carve out her own place among the distinguished composers of her time.

In 1892, Boston’s famed Handel and Haydn Society premiered her Mass in E-Flat Major to sensational acclaim. Four years later, Mrs. Beach composed and published her Gaelic Symphony. It became the first symphony composed by a woman to be performed by a major symphonic orchestra. Because she had married so young, she never had the opportunity to study in Europe, thus making Amy Beach the first classical American composer, male or female, to achieve world acclaim without studying in Europe.

Following her husband’s death in 1910, she returned to the recital hall as a successful pianist and was in demand across the U.S. and in Europe, but she also continued to compose hundreds of works. She composed an opera, Cabildo; many choral and chamber works, and magnificent music for piano. Her 1900 Piano Concerto is considered to be one of the great works for piano in the Romantic period.

Beginning in 1921, Amy Beach spent at least some part of each summer at the MacDowell artist’s colony in Peterborough, New Hampshire. It is a nonprofit artist’s residency program established for the purpose of allowing artists in many disciplines to work in peace and among their contemporaries. Here, Beach met and befriended many female composers and musicians. She later became the first president of the Society of American Women Composers in 1925, an organization which would have been unimaginable when she became a young bride.

Amy Beach retired from performing in 1940 and passed away from heart failure in 1944. Her work became relatively unknown for decades, until the Boston Symphony Orchestra and Boston Pops celebrated her in 2000 by adding her name to the memorial of great composers at Boston’s legendary Hatch Shell, where the annual Fourth of July Concerts are held. Amy Beach is the only woman on that memorial.