English ‘could’ vs. ‘would’ Posted by Gabriele on Jun 9, 2015 in English Grammar 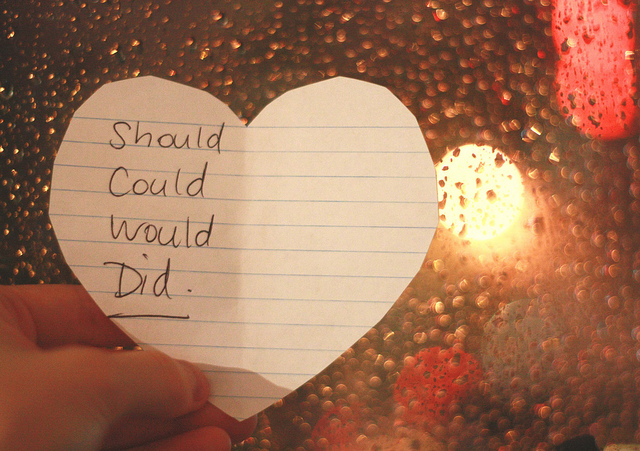 Image by Jennifer on Flickr.com.

Let’s take a closer look at how to use two common English modals: ‘could’ and ‘would’. If you want a brief review of the use of modal verbs in English check out this previous post from this blog. Right now we are going to dive in to* the difference between ‘could’ and ‘would’ and when to use them.

Often ESL speakers misuse, or inappropriately interchange, the words ‘could’ and ‘would’. Part of the reason for this is that they can be used interchangeably some times, i.e. when making a polite request in the form of a question (Example: Could you help me? or Would you help me?). But ‘could’ and ‘would’ are used in other ways, which are not interchangeable. ‘Could’ and ‘would’ are both used to express conditionality, or the idea that something is not sure or definite, but they have slightly different connotations.  ‘Could’ is used to express possibility, while ‘would’ is used to express definiteness, as long as certain conditions are met.  Keep in mind, the root words for ‘would’ and ‘could’ are ‘will’ (expresses definiteness) and ‘can’ (expresses possibility), respectively.

Take a look at this list of the different uses of ‘could’ and ‘would’ and how they differ.

Note: In making a request, ‘would’ is slightly more polite than ‘could’, but this is really just a small distinctions. Questions that start with either ‘could’ or ‘would’ are both polite ways to make requests.

The super shorter summary of the difference between ‘could’ and ‘would’ is this:

could = possibility + ability
would = definiteness + desire

I could go on about these two modal verbs all day, but that would get boring after a while. So, I will stop here and you can ask me any other questions you have about ‘could’ and ‘would’ in the comment box below!

Tags: could, English grammar, modals, would