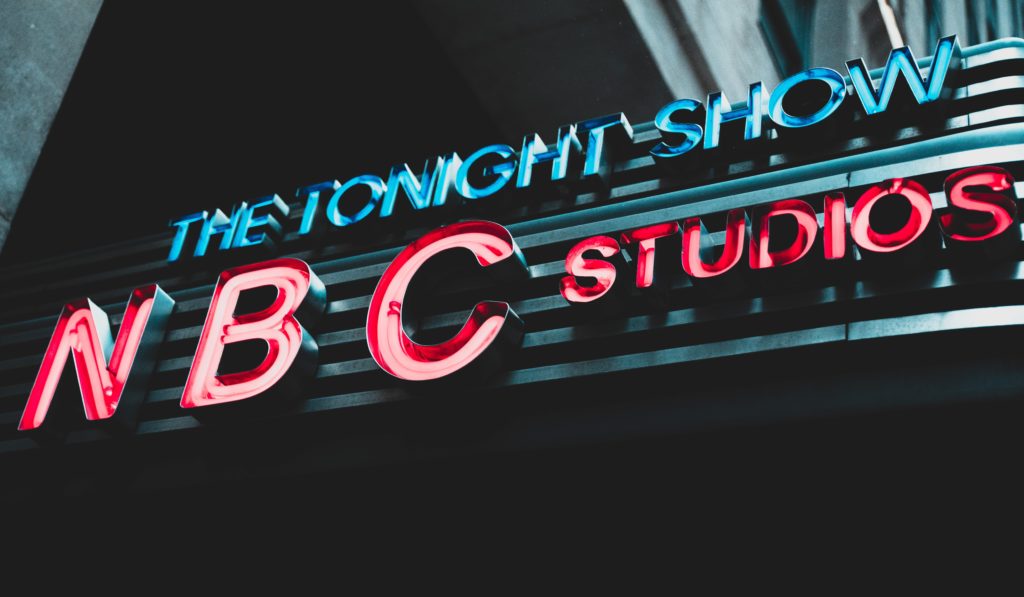 Photo by Patrick Hendry on Unsplash

Recently, I heard the talented actor, writer, and wit Stephen Fry say that (I’m paraphrasing) America’s late-night talk shows had no equal in the rest of the world. The talk show, or what Fry’s fellow British citizens would call “chat shows”, is one of the most popular forms of entertainment in the world. They fill television and radio with conversation, music, comedy, and opinions at all hours of the day and night. But, as Fry pointed out, the weeknight, late-night shows on American network television are both culturally unique and important. And they have been for nearly 70 years!

We trace the late-night talk show back to 1954. NBC had success with The Today Show in the early mornings, so the network gambled that there could be an audience still willing to watch television after the local news at 11 PM. Tonight, as it was then called, was first hosted by Steve Allen, who was very much like Stephen Fry. Allen combined a quick wit with intense curiosity in almost everything. He also surrounded himself with a troop of talented comedians who played a wide variety of characters in sketches, or brief comic scenes, which satirized the news of the day. This laid the groundwork for what would become NBC’s Saturday Night Live, 20 years later.

Allen was followed as host by Jack Parr, who emphasized more talk and less comedy. Parr had newsmakers and world leaders as guests in addition to show business celebrities. He managed to make some news himself. Parr famously walked off his show one night, stating, “There must be a better way to make a living than this.” He returned a month later. “. . . . As I was saying before I was interrupted . . .I said there must be a better way of making a living. Well, I’ve looked – and there isn’t!”

However, Parr eventually tired of the pressures of the five-days-a-week grind of hosting a show. In October of 1962, The Tonight Show with Johnny Carson premiered. Carson held the job for 30 years, earning himself the nickname “The King of Late Night.”

Sitting behind a desk, Carson interviewed nearly every celebrity and newsmaker of that era. He became someone who could make a comedian or actor into a major star, quite literally overnight. Stand-up comedians who performed a few minutes of their act on Carson’s show knew that an invitation by Johnny to join him at the desk for an interview meant that they would be talked about across the nation the next day. For three decades, the measure of success in show business was making an appearance on what most Americans called The Johnny Carson Show.

Leno, Letterman, and What Came Next

Two comedians who were favored by Johnny Carson were Jay Leno and David Letterman. Letterman soon hosted Late Night, a show that followed Carson’s show at 12:30 AM. Leno meanwhile became Carson’s permanent guest host on The Tonight Show. When Carson retired in May of 1992, NBC selected Leno over Letterman as the new Tonight Show host. Letterman bitterly left NBC and a rival network, CBS, quickly hired Letterman to be the host of their own late-night talk show, Late Night. The Leno/Letterman rivalry became a national topic of debate for many years. It’s fair to say that Leno’s comic monologues that opened his show were more popular (and funnier) than Letterman, but Letterman proved to be a better interviewer. Both continued to be quite successful for over 20 years.

The result of Carson’s departure was a surge of late-night comedians and programs. ABC hired Jimmy Kimmel to host a show identical in format to the other two, also running at the same time, after the 11 PM local news. CBS and NBC continue to air shows that immediately follow The Tonight Show and Late Night. And then there’s The Daily Show.

Comedy Central, a cable network originally seen as a low-budget way to introduce new comedians to a wider audience, tried for several years to establish a late-night talk show for college-age audiences. Their first attempt, Night After Night With Alan Harvey, was hosted by a protégé of Letterman and it was a disastrous failure. The second attempt, The Daily Show, wasn’t doing much better when the show hired comedian Jon Stewart as host.

Airing a half-hour before the network late-night shows, The Daily Show with Jon Stewart was a fake news show, a parody of network and cable news. Jon Stewart became immensely popular as a cynical spokesman for his generation. On election night in 2008, it was Stewart who told millions of viewers for the first time that Barack Obama had been elected president of the US.

Like Carson, Stewart launched the careers of many comedians and actors, hired as “correspondents” to cover real news stories with a satirical perspective. Actor Steve Carell became famous here, as did Stephen Colbert who succeeded Letterman as host of Late Night, and John Oliver, who has a weekly late-night show on HBO. And Samantha Bee, another Daily Show regular, is the first woman to host a late-night talk show over on TBS.

The late-night talk shows share a sense of humor, curiosity, and immediacy. And they are an essential part of American culture.