Sir Edmund Hillary a national hero Posted by Gabriele on May 26, 2015 in Culture 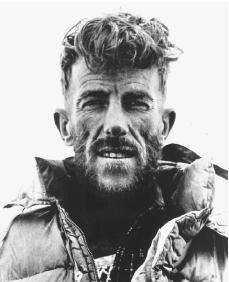 Image of Sir Edmund Hillary by fredsharples
on Flickr.com.

While we are taking a closer look at the English-speaking country of New Zealand this month, spending some time reading about the Kiwi national hero Sir Edmund Hillary is a must. Hillary is known the world round for being the first climber to summit the highest mountain in the world  – Mount Everest in Nepal.  Of course he didn’t summit this mountain alone: the Nepalese mountaineer Tenzing Norgay was with him at the time of the summit.  An entire British expedition team was behind this effort too.  It is Sir Edmund Hillary who is renown for this accomplishment though and for this he is beloved in his home country of New Zealand.

Hillary was born in Auckland, New Zealand in 1919. He was shy and bookish in his youth. By most reports he remained a shy and humble man as he aged, too. He first became interested in climbing in his teenage years. Living in New Zealand he had many mountains to try his hand at* mountaineering and he soon fell in love with the sport. Before climbing Mt. Everest and undertaking numerous international expeditions, Hillary was a beekeeper in New Zealand. This line of work allowed him plenty of time to pursue his passion of mountaineering.

Hillary’s home country of New Zealand was truly an amazing training ground for his mountaineering career. His first major climb was of Mount Ollivier (1,933 meters or 6,342 feet). In 1948 Hillary summited New Zealand’s highest peak, Aoraki/Mount Cook.  He is reported to have trained for his Everest expeditions on Mt. Cook and surrounding mountains. It was five years later, in 1953 that he was the first man to climb to the highest peak in the world: Mt. Everest (8,848 meters or 29,029 feet above the sea). For this amazing accomplishment Hillary, was knight by the Queen of England. That is where the title “Sir” in his name comes from. 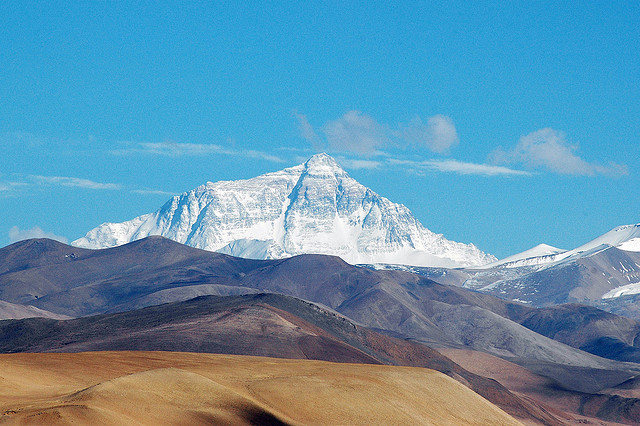 Image of Mt. Everest by Joe Hastings on Flickr.com.

After climbing to the top of the highest mountain in the world, Hillary, of course, became a very famous man. Even so, he preferred a quiet lifestyle and spent most of his time back in New Zealand; that is when he was not out exploring. Hillary participated in a number of international expeditions, including ones to the North and South poles. He also gave back a great deal to the Nepalese Sherpa community that helped make his ascent of Mt. Everest possible. He created an organization called the Himalayan Trust, which is still building schools and hospitals in Nepal. Hillary also had a family, including three children, one of whom also climbed to the top of Mount Everest.

Sir Edmund Hillary died in 2008 in New Zealand. His death was mourned throughout the country with all flags lowered to half-mast**. Hillary has been honored in many ways for his amazing accomplishments, including having mountain peaks named after him in Nepal and New Zealand. Hillary is also depicted on New Zealand’s $5 note.

* to try (one’s) hand = to make an effort to accomplish (something)
** flying a flag at half-mast = this is a symbol of respect, mourning, or distress