Today I’m going to share with you some hand gestures that are often used by English speakers.  I am sure if you think about it you will remember times you have seen Americans use these hand gestures either in movies, TV shows, or in person.  These are all pretty commonly used.  First though, I thought we should define what a gesture is: 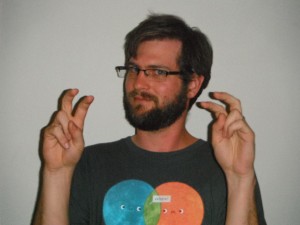 Air quotes are made by raising both hands to about eye level and flexing the index and middle fingers of both hands while speaking.  This means you are quoting someone or something while you are speaking.  Often people say “quote….unquote” or “quote…end quote” when they make this gesture. 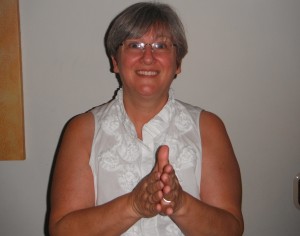 Hand rubbing or rubbing both hands together in front of the body, indicates either that you feel cold or you are expecting or anticipating something. 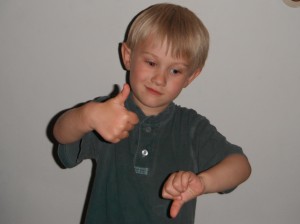 Thumbs-up or thumps-down are common gestures of approval (thumbs-up) or disapproval (thumbs down).  These gestures are made by extending the thumb upward or downward with the rest of the hand in a fist. 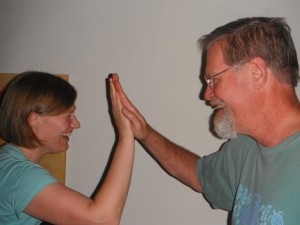 High five is a celebratory gesture in which two people simultaneously raise one hand and then slap these hands together in the air.  This is a gesture often used in celebration, for example after winning a game.  Sometimes people say, “Give me five.” when they want to high five with you. 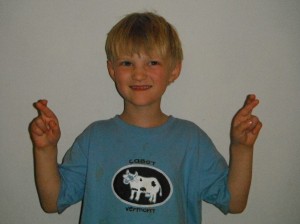 Crossed fingers are used to express you are wishing or hoping for something.  They are also used to wish someone good luck.  You might say “good luck” to someone and show him or her your crossed fingers at the same time. 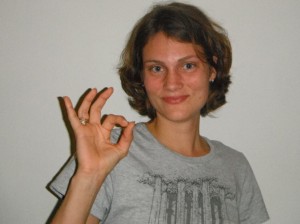 A-ok is made by connecting the thumb and forefinger in a circle and holding the other fingers straight.  This is a sign for the word “okay.”  This means everything is fine or ‘no problem.’ 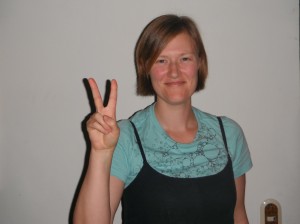 The V-sign is made by raising the index and middle fingers and separating them to form a V with the palm facing outward. This sign began to be used during World War II to indicate “V for Victory”. In the 1960s, the hippie-movement in the United States began to use the V-sign to mean “peace”.