Top English “apple” idioms and phrases Posted by Gabriele on May 27, 2014 in English Language 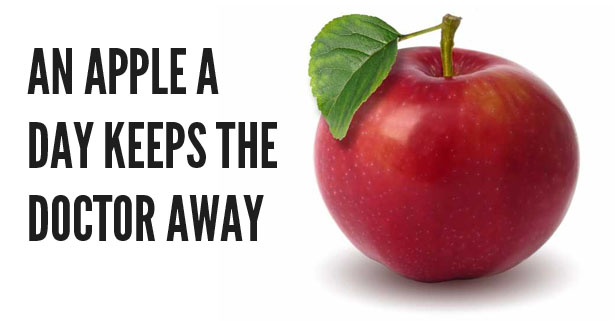 In a post last week, I introduced you to the American legend of Johnny Appleseed. Today I want to piggyback* off that post and introduce you to some great expressions in English that have the word “apple” in them. Apples are not only healthy and delicious, but they are also a culturally important food in America.  There are many apple related traditions in America, such as children bringing an apple to their teacher as a way of saying ‘thank you,’ a game called “bobbing for apples” that is played in the fall, and apple pie, a very American dessert, that is cooked and served on many important holidays like Independence Day and Thanksgiving Day.

one rotten apple spoils the whole barrel – This expression means that one bad person influences everyone around him or her and can make them act bad too.
Example: Jimmy is the rotten apple that spoils the barrel in my class, I wish I didn’t have to be his teacher all year.

Here is a famous clip from the movie Goodwill Hunting in which this expression is used.

*piggyback – to piggyback literally means, to ride on someone’s back and shoulders, but it is also used as an expression to mean: using an existing piece of work as the basis or support for the following piece of work