What is a Janus Word? Posted by Gary Locke on Dec 30, 2016 in English Grammar, English Language, English Vocabulary 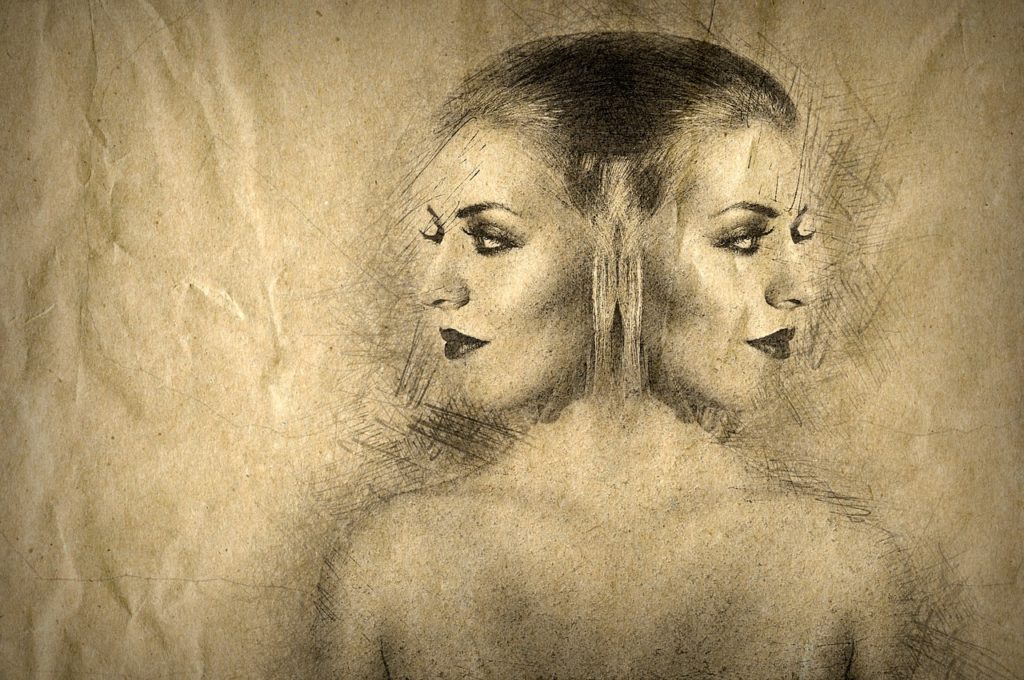 Photo by efes on Pixabay

Every so often you, as a student of English, will encounter a word in a sentence that will seem utterly confusing. You’re going to think that it contradicts your understanding of that word’s meaning. Not to worry. There are, in fact, words with completely opposing definitions. Words which have two opposite meanings aren’t common in English, but they do occur. And, oddly enough, their number is growing.

Consider, for example, the word fast. You probably think of it as an adjective describing speed, or acceleration: “That car was going too fast around that corner.” But it may also mean fixed in place, or unmoving: “She held fast to her hat in the wind.”

These words are known variously as contronyms, antagonyms, auto-antonyms, or my personal favorite, Janus words – named for the two-headed Roman god. Whichever term you choose, they can easily drive you to scratch your head in puzzlement.

Many languages contain a few Janus words. Hebrew, for example, has le’kales, meaning to both praise and to defame, and le’sakel which means both to throw stones at somebody and to remove rocks from a field or garden. I can’t say that English has more Janus words than any other language, but it probably has more common examples of them.

Janus words tend to develop out of a kind of etymological evolution, or gradual morphing from the word’s traditional meaning to its now more common usage. Take, for example, the word clip. “I’m going to clip this coupon from the newspaper.” It comes from the Middle English clippen, or the Old Norse klippa, both from the same time period, around 1200 AD, and both meaning to cut. But prior to 1000 AD, there was an Old English word clyppan, which meant “to embrace”. With the invention of the paperclip, originally around 1875 but coming into prominent use in the 1960s, the word suddenly took on a new meaning. A paperclip attaches two cut, or separate, pieces of paper. This was shortened to clip, becoming a verb meaning to attach: “I’m going to clip this button to my blouse.” Incredibly, the word now has reverted to its oldest etymological derivation!

This progression of Janus words through the English language shows no signs of stopping. Common usage and the endless employment of idioms in our culture will see to that. Bad may have a negative connotation, as in “He ate a bad hotdog, and now he’s sick.” Or it may mean quite the opposite: “Man that was one bad guitar solo!”

Grammarians, who judge people on their use of grammar, may cringe when someone says “That song literally blew my head off.” Of course, it didn’t. You’re still around to talk about it. Literally means to take something in a literal, or strict and exact, way. Yet, everywhere you go, people are using literally informally to mean figuratively, which is the literal opposite of literally! Now, every time you hear someone say that you can picture Janus, the two-headed god. That way, if one head blows off, there’s still another one left behind.

Just as with homonyms, Janus words shouldn’t cause any major confusion. The context of the word in the sentence is usually all you need to understand its meaning. Still, in the interest of public information (and just plain fun), here’s a partial list of some Janus words which you will likely encounter.

As I said, this is a partial list. Can you think of any others?