Yosemite National Park: The Granddaddy of all Parks Posted by Gabriele on Dec 16, 2014 in Uncategorized 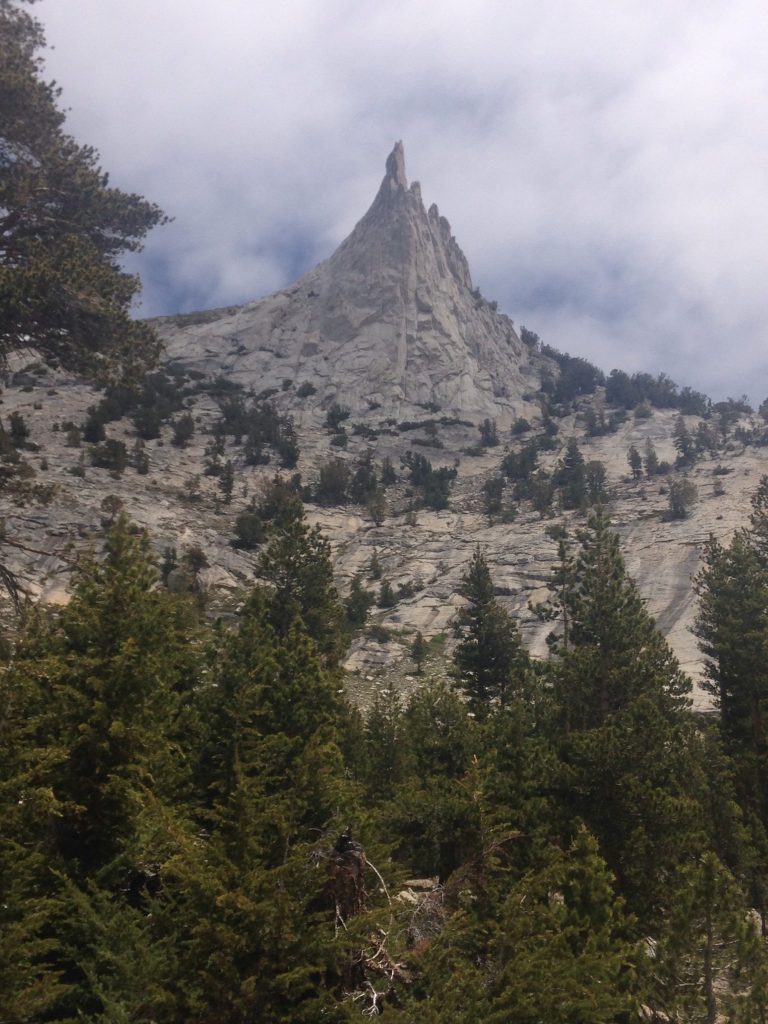 One of many beautiful mountain peaks in Yosemite national Park.
Image by Gabriele.

I recently spent some time in Yosemite National Park and I want to share this beautiful place with you! Before I share more pictures with you, let me tell you more about this park.

Yosemite National Park is located in the state of California, in the Sierra Nevada Mountains. Yosemite is 747,956 acres (3,026.87 km2) in size and more than 90% wilderness. Within national parks in the United States the term “wilderness” is used to talk about land that is not developed, manicured, or manipulated in any way. This means the area is left as it is naturally, with the exception of a few trails for hikers or people on horseback to travel on by foot. Although more than 3 million people visit Yosemite each year, few of them ever explore the “wilderness” areas of the park.  Most visitors spend their time in the famous Yosemite Valley, which is only 7 miles square (18 km2). Even in this small section of the park there is magnificent beauty!  There are also lodging (places to stay), restaurants (places to eat), and tour buses (was to get around) in Yosemite Valley.

In Yosemite Valley there are magnificent granite cliffs, such as the famous El Capitan and Half Dome (see a picture of Half Dome below).  There are also waterfalls, and wildlife, including deer and bears.  Outside of Yosemite Valley there are a few other very famous places in this park: Tuolumne Meadows, in the north, where there are beautiful lakes, and the Mariposa Grove, in the south, where there are Giant Sequoias! No matter where you go in this park you will be amazed. It is simply beautiful.  It is known around the world for its beauty, which is why so many people visit the park each year. It is also a World Heritage Site. It is protected and cared for by the US National Park Service.

When talking about Yosemite National Park, it is important to mention a man who is famously connected to this park.  That man is John Muir.  John Muir is a famous American naturalist (although he was born in Scotland) who led the movement to make Yosemite the park it is today.  He also helped start the entire national park system in the United States!  John Muir spent many summers of his life walking through Yosemite, living in the woods, and exploring new places. His writings about Yosemite inspired others to visit this beautiful park and to preserve it (preserve = maintain in its original state).  Here is a small piece of his writing about Yosemite. 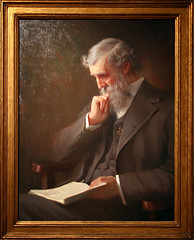 Image of John Muir portrait by Cliff on Flickr.com.

“When I reached the Yosemite valley, all the rocks seemed talkative, and more lovable than ever. They are dear friends, and have warm blood gushing through their granite flesh; and I love them with a love intensified by long and close companionship. I bathed in the bright river, sauntered over the meadows, conversed with the domes, and played with the pines.”
From: A Geologist’s Winter Walk printed in Overland Monthly in April 1873.

Now, here are some pictures from my recent visit to this beautiful piece of nature. 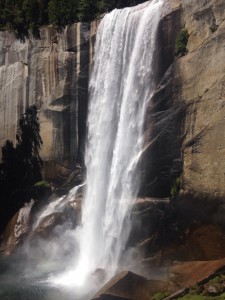 One of many Yosemite National Park waterfalls.
Image by Gabriele. 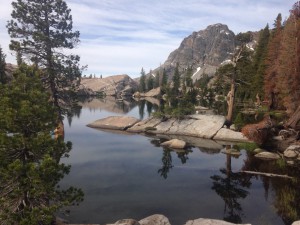 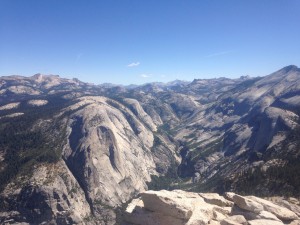 A view or the Yosemite Valley from the top of Half Dome mountain. This valley was created by glaciers.
Image by Gabriele. 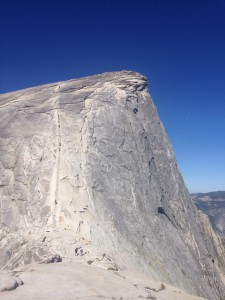 The famous Half Dome mountain. If you look closely you can see the ladder people climb up to get to the top.
Image by Gabriele.