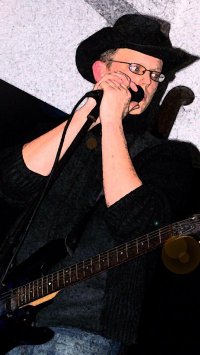 My mum’s parents brought her up speaking Esperanto as they had met through Esperanto and it was their main common language at the time of her birth.

When you were growing up, did just your mom or also your dad also speak to you only in Esperanto?

Both of them. I remember having to translate between my little sister and my grandparents as I had learned some English at school, and she was not yet at school.

Growing up in England, how much contact did you have with English on a daily basis?

None until my big brother started school. My parents didn’t have many friends and we were expected to pick up English at school later on. English was deemed the stronger language, so Esperanto was given a head start.

If I understand you correctly, you must have started school not really speaking English. What were your challenges making friends and learning? Do you wish your parents had not raised you native Esperanto?

It was obvious to the other children that my family was different. I think the hardest thing was the attitudes and assertions that permeate the world of those who are firm believers in the ideals of Esperanto. Assertions such as ‘Esperanto is much easier than every other language’ and ‘If only people could talk to each other using Esperanto, we would have peace’. When you’re young you repeat such things without thinking about them, a bit like religious assertions. Growing up involved challenging these assertions and learning that even if you do believe in them, constantly going on about them like your parents do can severely damage your social status!

I hear a lot of native Esperanto speakers go to the Universala Kongreso and hang out with other Esperanto kids… what was that typically like?

Mum was a co-organiser of the International Children’s Congress so it was like a family holiday and being at school with your mum as a teacher. Later, as teenagers, we started to go to other events. I ended up running one of the events for a few years. On one occasion I got to go to Japan, then my parents decided to go too, so I was half way around the world in totally unfamilliar surroundings, but with the familiarities of family and Esperanto culture around all the time.

As you grow older, are you still active with Esperanto? Do you have the feeling that most natives stay in the community? Do you feel like there’s a divide between those who speak it natively and those who learned it on their own?

There is no significant divide between native speakers and good non-native speakers. There is a certain level of exasperation amongst my generation where most people are torn between living in the real world and a sense of cultural belonging. Most native speakers didn’t choose Esperanto, so don’t have a firm belief in the underlying ideals. Merely a deep irritation of the embarrassment of the older generation and for those who work within the organising teams of various events, a wish for the familiar environment which tormented and charmed our childhoods to prevail for its own sake.

We may be children of an ideal, of false hope and narrow pipe dreams, but it is our culture. We have no hijab or kippah to mark this culture, no capital city or population centre, but it is there nonetheless. A hundred years of history and a lifetime of knowing that the ideals of the culture which surround you is based on an unrealistic dream and repeated assertions by those who hold to the dream like sailors on a sinking ship. And as for those who see English as the cause of all the ills of the world, I think they have a lot to answer for in the demise of the strength of Esperanto culture by alienating those who have a realistic perspective on the world. I have bowed out of Esperanto, more or less. It is still present in my life, but it has taken until I am nearly thirty to achieve a reasonable balance.

Just like religion, I believe my future children should have the choice about how they live their lives. If they wish to learn it then they should make the choice. I shall not force it upon them as I do not believe the benefits outweigh the psychological difficulties involved in being brought up in a culture with no hope and little practicality. I have gained much from Esperanto, but it has also taken its significant toll. For those who choose it, however, it can work wonders.

Thank you very much for your time and the fascinating look into a native Esperanto speaker’s life!

If you have any questions for Rolf, please leave them in the comments below and then I can select the most interesting ones for a followup interview sometime in the future.