De kaj Da – How do you say “a glass of water” in Esperanto? Posted by Tomaso on Nov 27, 2017 in Esperanto Language

How do you say “a glass of water” in Esperanto? 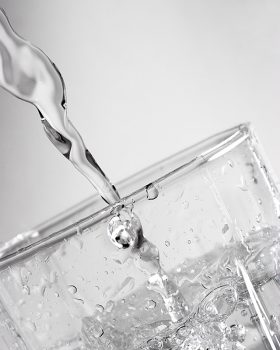 Image by Greg Riegler on Flikr.com

In last month’s blog post we talked about prepositions – how to use them in general. This time we’re going to take a closer look at two specific prepositions that are often confused. These are de and da. If you’re having problems with these two words, don’t feel bad. The authors of the e-mail course (used in Lernu kun Logano) didn’t get it quite right, and when a previous blogger took a crack at it, a few readers commented with questions and corrections, and I said I would come back to the topic in a new post. Here we are.

What are you thinking “of”?

Both de and da can be translated “of”, but they are used differently.

De is often translated “from”, but don’t confuse this with el.

De can also be used to show who did something.

It’s all about the quantities, baby.

Da is the preposition to use with quantities. It’s used with kiom (how much / how many) and answers to kiom. Sometimes it’s translated “of”, but often it’s not translated at all.

“Quantity” here doesn’t need to be a standard unit of measure. It can be anything that answers (or asks) the question “how much”. To return to the question in the title, “how much” can also be “a glass.”

Note that with these last two examples, we only use da if the expression we’re using could be an answer to kiom.  How much learning? Three days worth. How many learners? A big number of them. If it can’t be an answer to kiom, then you should use de.

It’s the definite article / Don’t use da with la.

Another important detail is that da can only be used when the thing measured is indefinite. Simply put, don’t use da with la. This also applies to words that work similar to la like tiu or mia.

One way to look at this is that if you’ve specified which water, or milk, or friends you’re talking about, you need to say that you’re selecting some “from” that group. In fact, Esperanto works this way because of Slavic influence. Notice, however, that English does something similar with the examples using “some”.  The way we join the quantity word to the thing measured changes if we use “the” or “my.” (In English this only works with “some” and “how much”, but I mention it to point out that a lot of languages do this sort of thing.)

What do you think? Are there any other prepositions which give you grief?