After reading Pete Lypkie’s riveting account of our trip to the Youth Esperanto Week (JES: Junulara Esperantista Semajno), I decided to invite him to provide us a summary of the conference. For details about the history of JES, see my blog post entitled Celebrate the New Year in Esperanto. Needless to say, we’re now exhausted (in a good way) and everyone at my place is currently sleeping, so I finally got some time to keep you all up to date. Anyway, I’ll let Pete speak for himself about how he experienced his first large international Esperanto youth event! -Chuck 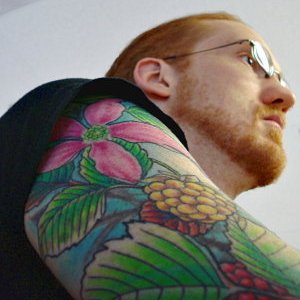 Pete Lypkie attends his first JES and tells all

Ok, so I haven’t given much of the day-by-day updates on my own blog (languagefixation.wordpress.com) that I thought I was going to do, but that’s because I’ve been having so much fun. I have to say, this has been the best New Years celebration I’ve ever attended. 🙂

So, where to begin…One thing that I really enjoyed so far were (naturally) some of the mini-language-courses that people have offered. I think in total there were 1-hour intros for Polish, Polish sign language, Ukrainian, Swahili, and Dutch. I missed Swahili and the sign language course, but the others were interesting. Of course, the Dutch course also marked the start of my 6-week-challenge. I got some helpful tips on the pronunciation of various vowels.

There was also the Aligatorejo, which is where everyone wears a badge advertising the languages that they have some knowledge of, but nobody is allowed to speak either Esperanto or their native language. So, I was forbidden from speaking English, although other non-natives were allowed to speak English to me. I got to practice my Chinese a little bit, and made some vague attempts at Swedish, but my active Swedish skills are quite poor.

Not just in the Aligatorejo, but throughout the entire group of attendees, the number of languages known is astonishing. I met a woman from Japan who spoke excellent Mandarin with a near-perfect accent, and she also spoke native-sounding German! It was interesting to hear the difference in her German and English skills, because in English she had a typical Japanese accent and halting speech, but her German was just flawless and smooth. I met someone else who spoke Slovakian, Czech, Polish, Russian, Ukrainian, English, Dutch, German, and some French (and of course she had perfect fluency in Esperanto). I think I’m even missing some of the languages she spoke. My friend Judith Meyer (who speaks a bajillion languages herself) noted that she met a guy in the Aligatorejo session who spoke 9 languages, and almost all of them were disjoint from hers. She also found several other Swahili speakers to converse with in the last couple days.

So, although this event has been a language geek’s dream, I did actually come here to practice my spoken Esperanto. Generally, I’m feeling much more confident. I can almost pass my test of having a good conversation in a noisy bar environment, although the speed of some of the fluent speakers here has been quite testing for me. But generally, I’m somewhat functional in Esperanto now, whereas 2 weeks ago I was completely hopeless at speaking it.

I used Esperanto to talk about anarchism, vegetarianism, human rights, Go, bird watching, and the perennial favourites: sex, booze, and rock and roll. I got taught some basic Polish and Dutch by Esperanto-speaking instructors. Now that I think about it, maybe this is an excellent test of language ability….if you know enough for someone to use the language to teach you another language, it’s sort of like the analogous Turing Completeness of your language skills.

Not all events have revolved around language-learning, though. There have been plenty of talks on other issues, such as wikipedia, bicycling, journalism, feminism, juggling, cultural traditions in various countries, music, art, games, and more. Pretty much anything goes; if there’s someone interested in a topic, then they’re welcome to add themselves to the schedule and share it with everyone else.

I was introduced to many aspects of Esperanto culture throughout the week. There seems to be a repertoire of Esperanto songs that everyone knows…which might be anything from rock, ska, folksy, or hymnal in nature. There also seems to be a high proportion of vegetarians and vegans amongst Esperanto speakers, which I enjoyed (although perhaps it caused some challenges for the German cooking staff here at the hostel). [Editor’s note: 20 of the 230 participants were vegan.]

I was also introduced to La Bamba. Yes, I’d heard the song many times before, but in Esperanto culture there’s an associated game. Pretty much everyone present will rush onto the dance floor and form a big circle, with their arms around each other’s shoulders. A smaller number of people are in the middle of the circle, and they are the kisontoj (those who will be doing the kissing). The outer circle is the kisotoj (those who will be kissed). Someone from the middle will choose anyone they like from the outer circle by walking up to them and exchanging 3 alternating kisses on the cheeks, and then they switch places so that the person from the circle now goes inside. The kissing is not necessarily only male-female either…anything goes. The game is great fun, and actually went on for almost a half hour due to the DJ sticking on a bunch of different remixes of the song. Eventually some people got tired and left the circle, and the DJ got the hint and continued with other music.

Over 30 countries were represented in the list, some near and some far. It’s been a very interesting experience communicating with other people that may or may not speak any of the languages that I can speak, except for Esperanto. I’m a relatively new speaker too, only having put in a few weeks of practice before this, far less than for any of my other languages. Some people here are complete beginners, having only started a few days or weeks ago, and are having fun and chatting a bit already.

Things are winding down now, and tomorrow we’ll all be leaving town back to our home cities. It’s been really fun, and I’m sad to leave, but I’ll certainly go to another event in the future. I recommend the experience to anyone, and in fact would really encourage everyone to try it out. You won’t be disappointed!

Editor’s note: I agree! I also planned to write a day-by-day breakdown of the event, but it was just too much and quite exhausting. I hear next year’s JES will be in Poland and I’d highly recommend it! Also, don’t worry. I’ll pick up my series on the history of the Esperanto Wikipedia in a couple days.