At the end of October, I’ll be flying to Svitavy (Czech Rupublic) to give the keynote address at the Vikimanio (Wikimania) conference. This will take place in their beautiful Esperanto museum. Now, without further ado, an interview with Pavla Dvořáková, the head organizer.

By definition, Wikimania is an annual conference about wiki projects run by the Wikimedia Foundation. These projects help turn the revolutionary idea of free information for everyone into reality by giving people the opportunity to contribute to these resources. The first of these conferences took place in 2005 in Frankfurt am Main, Germany, and since then have always taken place in a different country. The previous one was in Haifa, Israel. Participants present studies and experiments about individual wiki projects, news relating to wiki technologies, discuss problems, exchange ideas and experiences as well as ideas of how to continue developing the entire system. It is not just a scientific meeting, but it also tries to informally connect people engaged in Wikimedia projects and inspire them in their volunteer work. 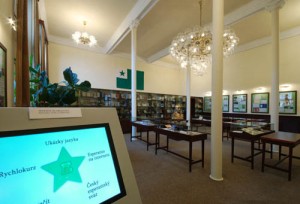 Why do we need Wikimania in Esperanto?

Let’s say that when I came up with the idea and took over the name of the meeting, I was mostly thinking about Wikipedia, since it’s the oldest and most developed Wikimedia project. This year will be its 10 year anniversary. However, part of the program will also be about other the Wikimedia projects.

Something specific to the Esperanto Wikipedia is the sheer diversity of people from different countries contributing to it. Any national language Wikipedia will tend to have most of their contributors from countries that speak that language, whereas contributors to the Esperanto Wikipedia are more evenly spread around the world. That in itself is both an advantage and a disadvantage. You can communicate very quickly, easily and cheaply online, but I still don’t think that could ever completely replace face-to-face interaction. Face-to-face contact between people can get make it easier for people to get more excited. Also some discussions would be boring and time-consuming in writing, but come alive with people in the same room. For example, I confess that I don’t participate in online discussions myself, but would gladly chat about these topics in person.

I see that the conference takes place in Svitavy (Czech Republic) where there is also an Esperanto museum. Could you tell us what the museum is like and the nature of your collaboration with them? 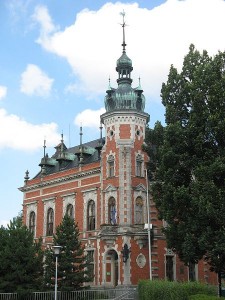 Svitavy’s Esperanto museum was inaugurated in September 2008, located on the ground floor of the beautiful romantic era Ottendorfer House, build at the end of the 19th century by the local philantropist (his history can be found in Wikipedia). Its goal is to present Esperanto to the public as well as Esperanto speakers. This is accomplished in its general section which is constantly being updated, and in special exhibitions which run for one year. Information is not only presented behind glass, but also through modern electronic means such as music, short films, etc. The museum also organizes various educational events with foreign guests staying overnight directly in the museum’s tower. Without a doubt, the city of Svitavy is itself worth visiting, right in the center of the country, easy to reach from all directions.

The museum has its concise website and starting in January 2011, it also has a virtual exhibition at ipernity. There is not only text, but also an abundance of photos, sound recordings and videos. Our network of friends has already passed 1,700 members in more than 80 countries, and we will soon reach 20,000 virtual visitors.

I’ve personally twice participated in the preparation of the museum exhibitions and this year was the main author of the new project “Spiritual traditions of the world and Esperanto” which will be presented for an entire year. Besides materials for exhibition panels, I’m also responsible for audiovisual materials for the interactive touch screen and computer as well as participating in promotional activities for the museum.

What is the main goal of the conference? What would you like it to accomplish?

The work of Wikipedians so far is certainly great and admirable. However – two years ago, the Esperanto Wikipedia had more articles than Czech. Now Czech has over 50,000 more than Esperanto! That’s disconcerting to me. Did the Czech explode so much or has Esperanto stagnated? What caused that? Did the beginning enthusiasm for the idea get cold? Is there a general crisis? Or does the WikiTrans influence this trend? Or is the very diversity of the Esperanto community at the heart of this issue? [Editor’s note: I personally believe that Czech just has more speakers, so it was just a matter of time until the Czech Wikipedia got popular enough to catch up.]

I think we need to create a platform to research that together and stimulate and develop the project. For myself personally, the main reason to work for Esperanto is to create friendly relationships with interesting people. Unfortunately, among Wikipedians, many stay hidden behind their usernames. If we could take a step out of the virtual community and into the real world, maybe that would give it a much needed injection of energy as new ideas flow to push our community actions.

This event will be something along the lines of a technical conference, training, a work seminar and an informal meeting put together. So, quite a pretentious concept for such a short event. My husband and I are the main organizers, but the program will be handled by Marek Blahuš. We plan to work in parallel groups with theoretical and practical tracks. The real quality and final results will, of course, depend mainly on the consistency and activity of the participants themselves. We will strive to adapt as well as possible to the needs and wishes of the participants and contributors, so that everyone will be as content as possible.