I came across a story for all you foodies out there – a news story especially of interest to those of you (us!) who love to eat but also care about your health. Discussions set to be held today (mardi, 19 octobre, 2021) will pit some of Europe’s most recognized AOP’s against a European-wide Nutri-Score. 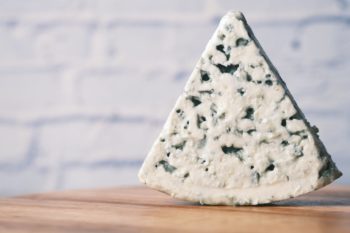 As I’ve covered before, the Nutri-Score is a system “intended to make it plus facile1easier for shoppers to identify foods that are bon2good from those that are mauvais3bad”. Since it’s original introduction in 2014, the Nutri-score system has been adopted in a number of countries including la France, la Belgique4Belgium, L’Espagne5Spain, L’Allemagne6Germany, Le Luxembourg, Les Pays-Bas7The Netherlands, et la Suisse8Switzerland and now is up for debate to be generalized across Europe.

But a group of countries (and producers) are opposing the spread of – or asking to be exempt from – a broader application. Italy, leading the charge, has convinced la Grèce9Greece, la République-Tchèque10The Czech Republic et la Roumanie11Romania to join their cause along with the producers of renowned AOP products like “le Roquefort, le parmesan italien et l’huile d’olive espagnole”12(French) Roquefort, (Italian) Parmesan, and (Spanish) olive oil.

These terms (AOC and AOP) are often applied to products whose unique nature comes from the unique nature of the land (and climate) in which they grow – known as terroir16For oysters, American producers have coined the term meroir..

Le 21 octobre, Astérix et ses compagnons “[seront] de retour pour une 39e aventure intitulée Astérix et le Griffon”17On October 21, Asterix and his companions will be back for a 39th adventure called “Asterix and the Griphon” This latest adventure is being released in unprecedented initial printing of 5 million copies around the world! I’ll report back once I get my hands on a copy (and if you beat me to it, share your reactions in the comments below!).

Food and drink in Brittany bis

Astérix: A French Comic for the Whole Family