Are The Olympics Coming To Paris? Posted by John Bauer on Jul 5, 2017 in Culture

Les jeux olympiques (the Olympic Games) may soon be held in la ville lumière (the City of Light)! Paris is one of two remaining cities with bids for les Jeux olympiques de 2024, but the official announcement won’t happen until September. 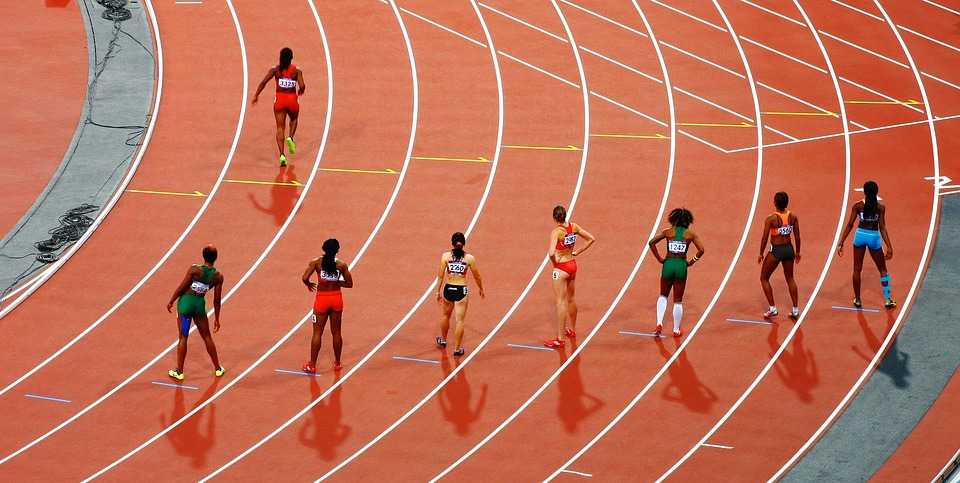 En septembre (in September) the official location for the 2024 Olympic Games will be chosen during la 131e session du Comité international olympique (the 131st session of the International Olympic Committee) in Lima, Peru. The candidates have come down to two cities: Los Angeles et Paris.

L’hexagone (litterally the hexagon, French term for France) has hosted les Jeux olympiques d’hiver (the Winter Olympic Games) a few times in the past 100 years, the latest being à Albertville en 1992.

The process for choosing la ville hôte (the host city) is long and starts nearly a decade before the actual Olympics. En juin 23, 2015, Paris officially made its bid for the 2024 Summer Olympics and les Jeux paralympique (the Paralympics).

Le projet (the project) has developed over the years with several events drawing support for Paris 2024. Notably the official logo was unveiled in February 2016 the official slogan being revealed a year later.

Interestingly there are official slogans in both French and English that have completely different meanings!

The French slogan is:

And the English slogan is:

Made for sharing
Fait pour partager

The fact that the English slogan is heavily promoted created a slight polémique (controversy), but the idea is to « donner un caractère universel au projet » (give the project a universal character) selon Tony Estanguet, un président du comité de candidature (according to Tony Estanguet, a president of the bid committee).

There were still complaints about the use of un slogan anglais, but la comité de candidature insisted on un double slogan : un en anglais et un en français (a double slogan: one in English and one in French).

La vote (the vote) au Perou seems to highly favor Paris, with some speculation that Los Angeles is looking to be la ville olympique in 2028 instead. The romantic idea of the 100 year anniversary helps the Paris bid, but the only way to know for sure will be to wait for la vote en septembre.

En passant (incidentally), If you need a fix on some summer competition while waiting for Paris 2024, check out the French restream of Summer Games Done Quick happening this week!