Beware of the “Père Fouettard” (Whipping Father)! Posted by Hichem on Dec 6, 2012 in Culture, Vocabulary

Last week, many families around the world celebrated la Saint-Nicolas!
The kids who were sages comme une image (behaving very well) throughout the year were showered with lots of cadeaux (gifts)—compliments of Saint Nicolas. 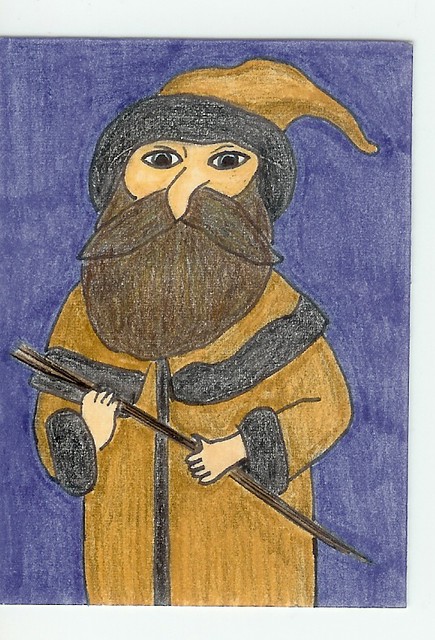 The naughty little garnements (brats), however, the ones who did not listen to their parents, who failed to do their devoirs (homework) and so on, those earned a special visit by the very much dreaded “Père Fouettard“, a.k.a. “The Whipping Father“, or “Knecht Ruprecht” in Germany! 🙂

Although it is essentially the avatars of the same personnage (character), le Père Fouettard is known under several aliases in different regions of France: In la Normandie, he is called “Père La Pouque“, and in l’Alsace “Hans Trapp.” He is also known as “Hanscrouf” in some parts of la Belgique (Belgium.) Further to the East, however, his alter egos enjoy a far more “sinister” reputation, especially beast-like “Krampus” and whatnot!

Some of the “objets de correction” (punishment objects) featured in the video include:

* Un martinet: A special whip that somewhat resembles a scourge

* Un rouleau à pâtisserie: A rolling pin, a tool which can prove particularly efficient with the bigger kids of the “married variety” 🙂

* La règle en fer: The steel ruler—Brings back some “fond memories” to the older generations, doesn’t it?
Its punitive “application” in schools has now become virtually unknown to the late members of the “Generation Y“!!

Little French kids having a one-on-one interview with “Le Père Fouettard“:
“As-tu été sage pendant l’année?” (“Have you behaved well during the year?”)