Dreaming of the arrondissements… Posted by Bridgette on May 14, 2020 in Culture

Je m’appelle Bridgette and I will be joining Tim to contribute to the French blog! I have been the Italian blogger for Transparent Language for almost a year now, if you want to check that out just click here.

I’m really excited to also be able to share with you my passion and love for all things French, just as I have been doing for all things Italian. Please, don’t ask me which I prefer over the other though… it is too difficult to choose just one. 🙂

I am a French and Italian teacher in Rochester, NY. I am Irish-American, therefore I am European! I want to move to Paris, after this period of confinement.

Like many of you, I have been working from home and staying isolated, so I have had a lot of time on my hands to rêver, or to dream. One thing I’m dreaming about is having a quaint little apartment in Paris in one of the many beautiful arrondissements, or districts. Here is a very nicely illustrated video and quick explanation of the history and current clichés!

Let’s look at some of my favorite arrondissements and where I have been focusing my search for an apartment.

Yes, I would love to live in the district named “The Swamp” in French. Named for the marshy land near the banks of the Seine, this has to be the most fashionable ‘swamp’ there has ever been. 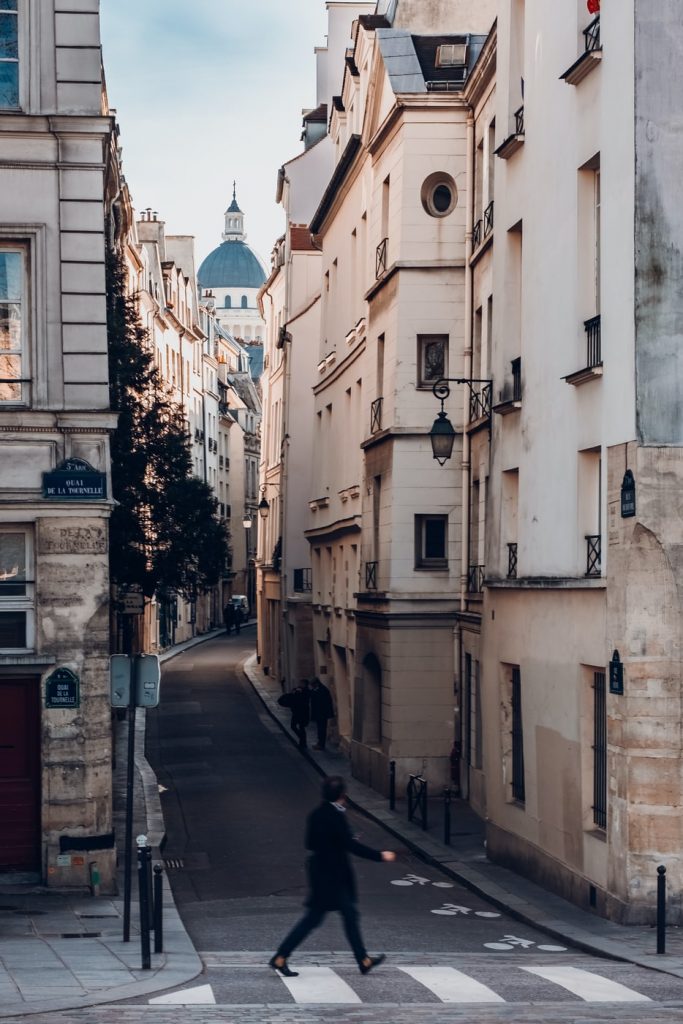 The 4th arrondissement boasts Notre Dame and Place des Vosges, which is one of Paris’ oldest squares, having been built in the beginning of the 17th century. Victor Hugo once lived in an apartment there, and I was excited to have visited it a few years back. 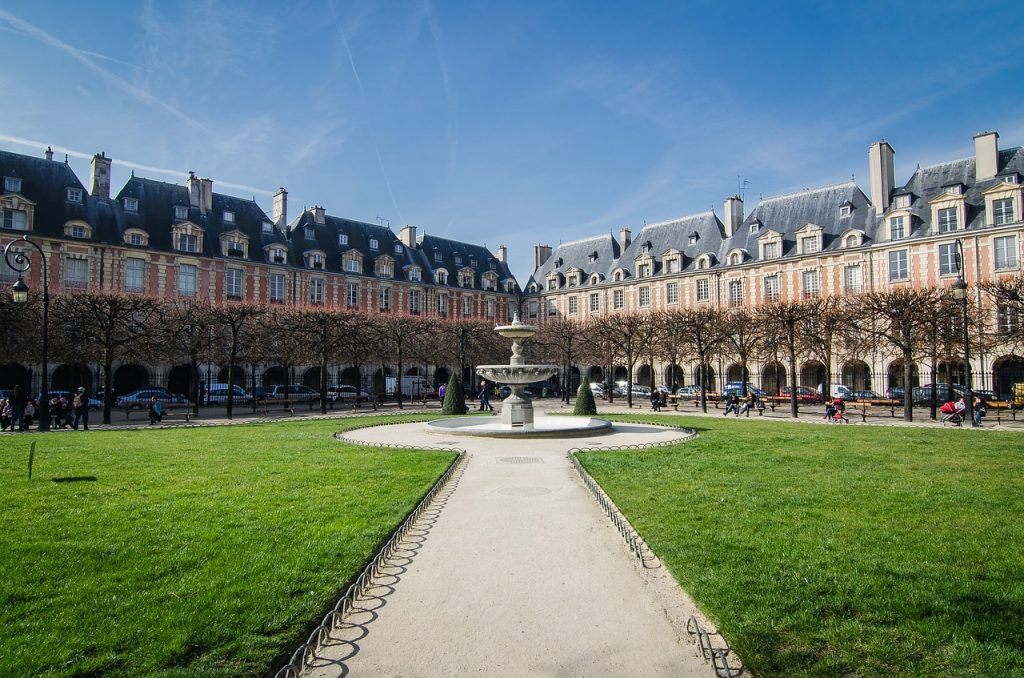 I’m focusing my search here for its central location, but also for its ‘old-world feel’ and medieval buildings. On my list of ‘les désirs’, or wants for an apartment – architectural charm, and I know I will find that in Le Marais. What else is on my list? Lot’s of light, a balcony, and a stove. I really like to cook, and I have found that many small Parisian apartments have fancy toaster ovens as a substitute, and well, I just don’t know if I could make that sacrifice. Peut-être…

Home of the second most visited landmark in Paris, the Sacré Coeur basilica which is perched right on top of the hill known as Montmartre. Hence the name of the district, the “Montmartre Hill.” 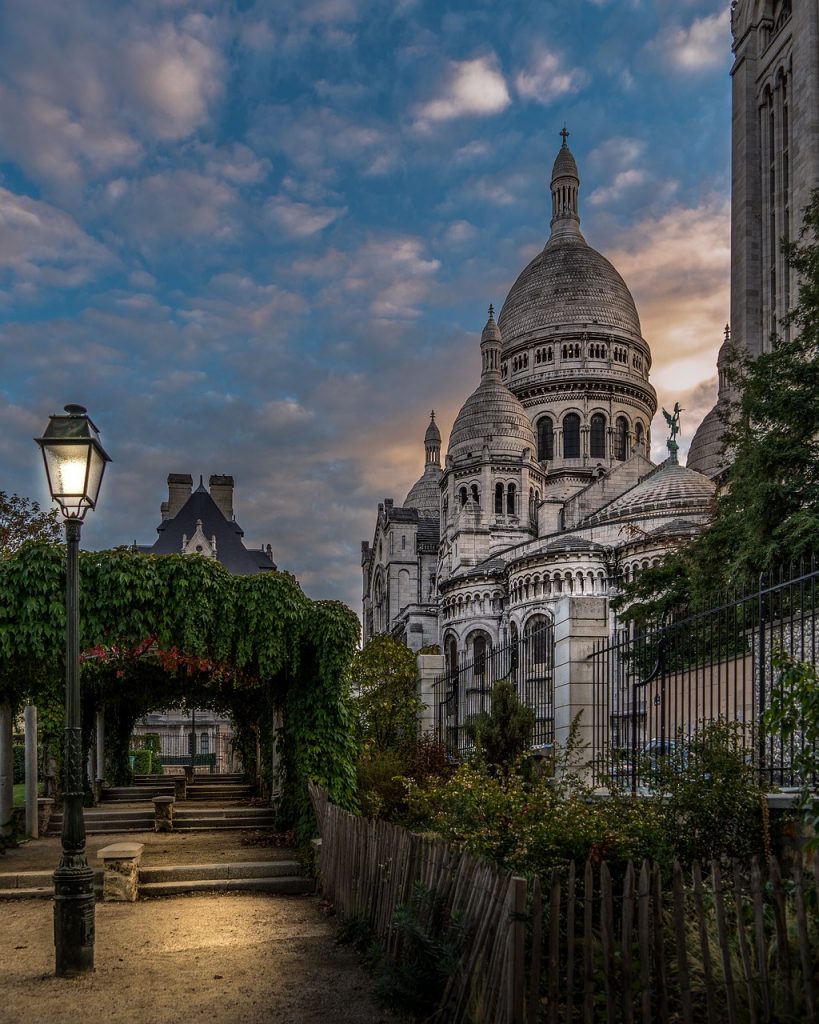 Although a bit farther out from the center of Paris, Montmartre has a tranquil village like feel, where artists such as Van-Gogh and Picasso lived and worked. It is also known for the iconic Moulin Rouge cabaret. 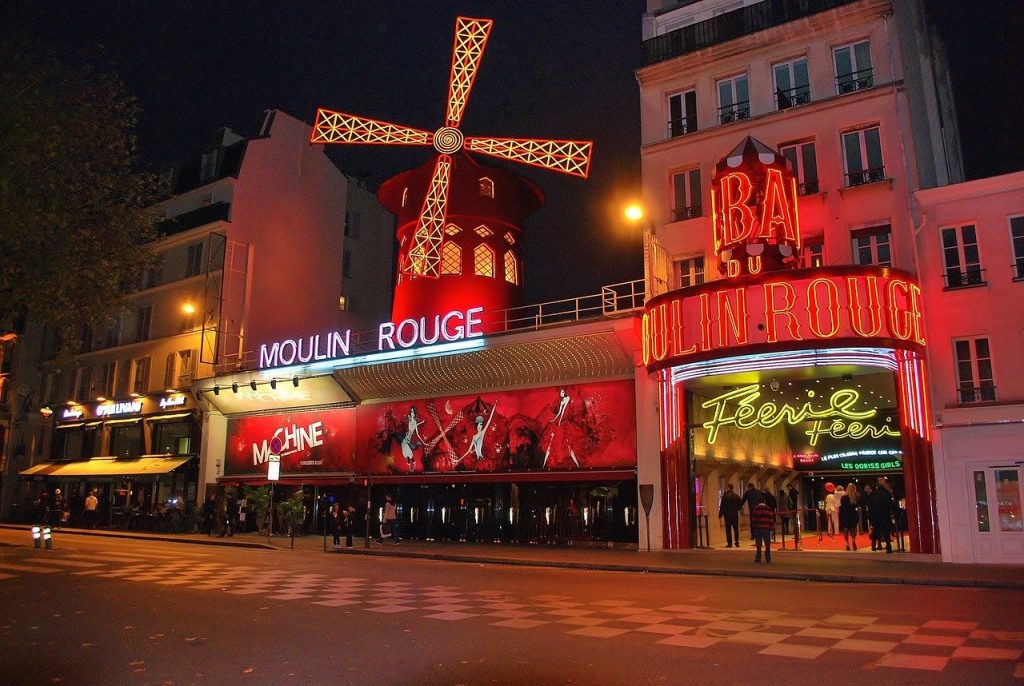 A hip and trendy neighborhood known for the nightlife, it was here that I watched France win the world-cup in soccer in 2018. The streets were electrified with chanting and champagne literally flowing from the windows of those celebrating above, to those celebrating in the street. 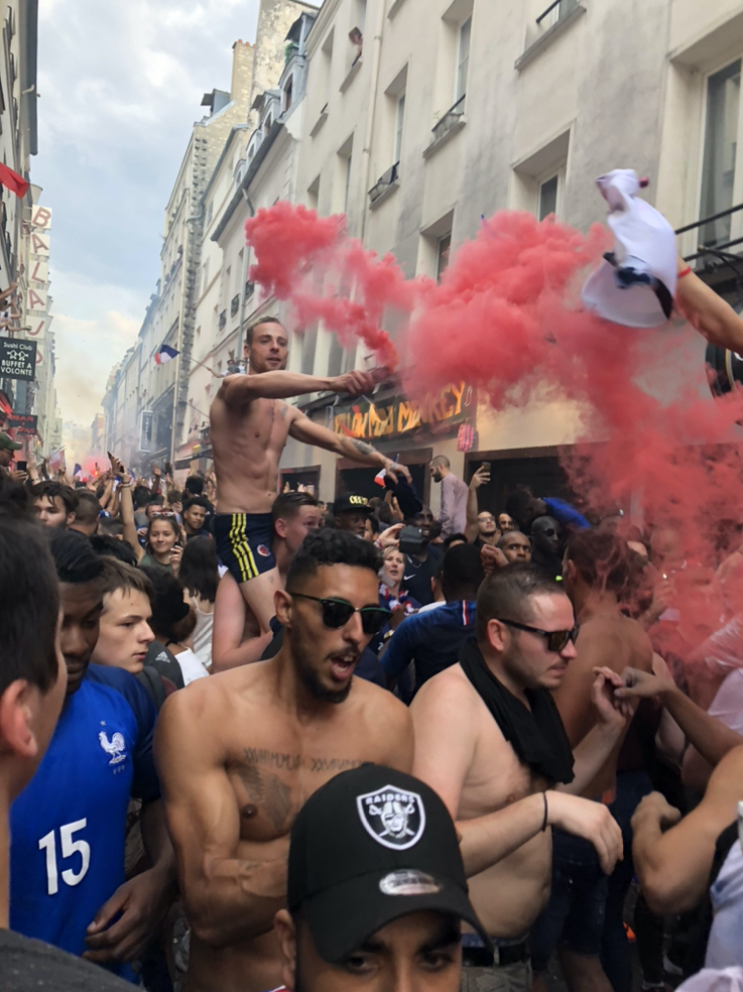 Photo by me immediately after the win.

Shortly after the win, I followed the crowd to place de la Bastille where hundreds of people began to climb the July Column in an ecstatic fervor. An interesting juxtaposition if you picture that it was here the French Revolution began with the storming of the Bastille, a prison and fortress which held political prisoners. Once stormed and captured, it gave legitimacy to the revolutionary movement. 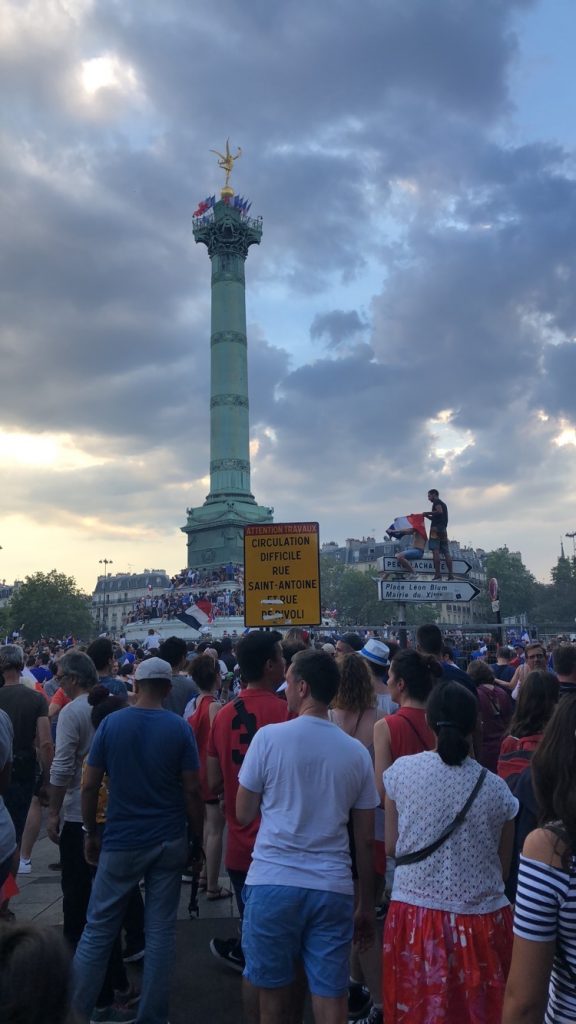 Photo by me. Look closely and you’ll see the people climbing the monument.

Bien sûr, every arrondissement has something special and unique to offer in Paris. Lesquels préférez-vous? Which do you prefer?