Le Festival d’Avignon – A Big Theater Festival in a Small Town Posted by Josh Dougherty on Jul 16, 2015 in Culture

Ugh, another post on the south of France? Oui, chers lecteurs (yes, dear readers), but it’s a very special region to me, and this one’s quite interesting 😉 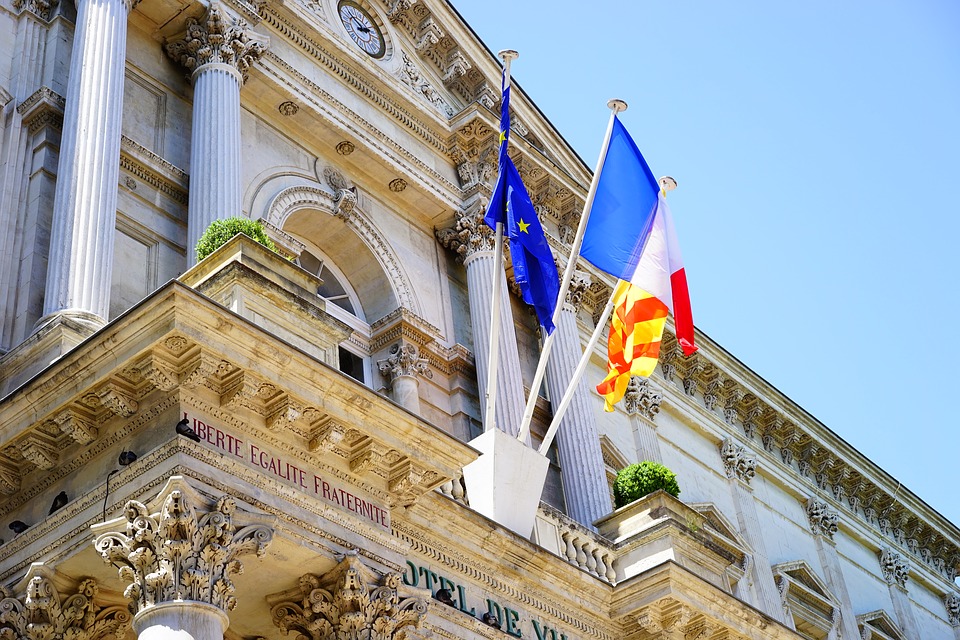 It’s July in Avignon, and that can only mean one thing (not counting daily trips for local ice cream, I mean – may I recommend La Princière in Place des Corps Saints? It was rated the #4 best ice cream in all of France!). It’s the time of year for the international theater festival taking place in the medieval city! Le Festival d’Avignon is celebrating its 69th year by inviting over 1,000 theatrical companies from over 30 countries to bring their art to this little city on the banks of the Rhone River.

When you hear or read about the festival, it formally refers to the official festival — le in. Le in is sponsored by the French state, the city of Avignon, and other public figures in theater. Les pièces (the plays) are performed in the best theaters in the city, and you can even watch some of them broadcast on national TV. The best of the season generally takes place in the Cour d’Honneur of the Pope’s Palace (Quoi? The Pope has a palace in France…? ). The festival had its start here, and the tradition continues today. You can see the Cour d’Honneur in the picture at the top of this post. Click here to see what shows are taking place this summer.

Now, don’t be confused. I did say that there are over 1,000 theater companies here. How can a small city welcome this many companies with only a limited number of theaters? All you have to do is take a peek in the city in June and you’ll see. Renovations and rearranging allow for old buildings to become improvised theaters. Ever seen une pièce in une caserne de pompiers (a fire station)?  Dans les rues (in the streets) ? Dans les écoles (in schools) ? If not, you’ve got plans for next July. Theater in the streets is something that must be experienced yourself.

At the same time as le in is, believe it or not, le off (not exactly the opposite of the word “in,” but we’ll let it slide…) Le off is the unofficial festival and brings the biggest chunk of troops from around the world. It’s a non-profit organization, and it is for this reason that you get to watch the plays in a number of non-typical locations. In my opinion, this is much more interesting than the official program because there are plays for everyone. There’s definitely something you’ll like. Of course most of the plays are in French – but don’t worry! Many shows are in English or other languages. Some have no dialogue at all.

Another reason I like it is la carte OFF (the OFF card), which entitles you to a 30% reduction on every play that’s in the OFF program! After seeing 4 shows, the card pays for itself, and that’s when it starts to get really interesting in terms of savings!

One of the best part of the programs is what I like to call la guerre des affiches (War of the Posters). In Avignon, you are not allowed to put up any posters until a certain hour on a certain day. Once that hour strikes, hundreds of people migrate to the city center with hundreds of posters, string, and ladders. It’s essentially a fight for the best spot. Take a look at this photo courtesy of www.avignon-tourisme.com.  C’est dingue (it’s crazy)! Once the festival starts, downtown Avignon is packed with actors, singers, tourists, and locals. You can’t take 20 steps on the main street without being handed flyers for shows.

Promotion is important, but you can’t beat word of mouth. People in the streets are more than happy to give you a recommendation if you ask. Last year, my friend suggested I see “Lettre d’une Inconnue” starring Sarah Biasini. It’s the story of a woman who spends her entire life loving a man who doesn’t even recognize her. She completely opens herself to him in a letter that explains their history together. I loved it so much that I saw it twice. It was a simple mise-en-scène (production) starring only 2 actors using very limited props. Everything that needed to be expressed was done with the actors’ voices, faces, and gestures. I’d never seen a more realistic display of emotion on stage. There’s a certain je-ne-sais-quoi about theater in French that just draws my attention to each and every detail. The text is all you need. Check out la bande-announce (trailer) here! Anything interesting you see in the program this year?

Both the IN and the OFF are traditions in Avignon, but it’s one I can’t partake in this year 🙁  Maybe next year! Bon festival, mes amis!