Musings of an ex-expat Posted by Tim Hildreth on Mar 22, 2016 in Culture 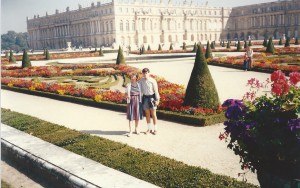 My host mother and I at Versailles, 1985

I’m sure you can guess from my name, I’m not French. But I am a long-time student of French, and more importantly, I’m a long-time lover of all things French. Over the years, I’ve shared my passion as a tutor, as a teacher, and now I’m excited to have an opportunity to share with you some of the things about French, France, and French culture that I find most fun and fascinating. 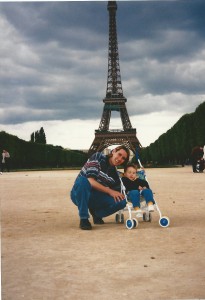 How did I get here? Well, like many folks, I started learning French as a kid in school. To be honest, I wasn’t initially all that good at it! I even dropped out of French in high school to take Spanish! Despite that, somehow when I was heading into my junior year, I was selected by a great organization called Youth For Understanding to spend the following year in France, living with a French family and studying at the local French ‘lycée’ (high school)

To say that the experience changed my life would be an understatement. I lived with a wonderful family during that year and I was fortunate to be able to travel and see different parts of the country, to meet amazing people (many of whom I still consider family), to discover new foods, and a whole world of art, culture, history, music, film, and more. It didn’t take long before I fell head over heels in love with pretty much all of it. And that first trip led to many more, including a semester back in Paris during my college years, a year living in France after college, and more work and personal trips than I can count. 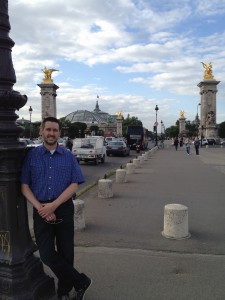 Me at the Pont Alexandre III, 2012, with the Grand Palais in the background

And while I eventually ended up back in New Hampshire where I came from, my heart has always been split between here and there. And it informed my early career (when I actually worked for Transparent Language helping design some of their early products), a side journey into teaching (when I spent two years as the part-time 7th grade French teacher for my local school), and many of my hobbies (I’m an avid reader, movie-watcher, and music lover and many of my go-to books, films, and favorite musical artists are French).

There’s an old French expression “Un homme qui parle deux langues, en vaut deux.”. [(A man/person who speaks two languages, is worth twice as much (literally “worth two people)]. It’s always been a favorite of mine and I hope that through my posts I’ll be able to help introduce you to ideas, resources, and more that make it, if not easier, at least more fun, to learn French so that, if you’re not already, you too can be a person who speaks two languages.