A novel solution to food waste Posted by Tim Hildreth on May 18, 2021 in Environment, Literature, News, Uncategorized, Vocabulary

Sustainability is a topic we hear a lot about these days. Global initiatives like the United Nations Goals for Sustainable Development encourage all of us to think about ways that we can help ensure that our home remains vibrant and viable. This week I came across a novel solution to food waste that might help with UN Objective 2, Gaspillez moins la nourriture et soutenez l’agriculture locale. 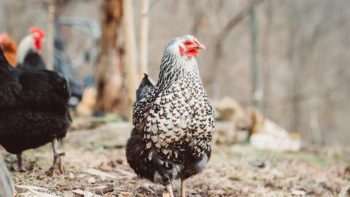 A novel solution to food waste

Every year, over $1,000,000,000,0001one trillion! worth of food – as much as one-third of all food produced – is wasted2UNEP; WFPUSA. “Le gaspillage alimentaire est défini comme toute nourriture destinée à la consommation humaine qui, à une étape de la chaîne alimentaire, est perdue, jetée ou dégradée.“3Food waste is defined as any food destined for human consumption that, at any stage of the distribution cycle, is lost, thrown away, or damaged.

With a goal of reducing food waste by half, France in 2016 was the first country in the world to legislate a broad set of laws aimed at reducing food waste. “Sa principale mesure consiste à obliger chaque supermarché de plus de 400 m² à rechercher un partenariat avec une association d’aide alimentaire pour lui céder ses invendus alimentaires, au lieu des les jeter ou de les détruire.”4The main measures require supermarkets larger than 400 m2 to seek out partnerships with food-based charities to give them unsold merchandise instead of throwing it out or destroying it.

While the law has had a positive impact, 33% of food waste happens during the phase de consommation5during consumption; in the home, representing 30 kg per person, per year including 7 kg of food thrown out still in it’s original packaging6Ministère de la Transition Écologique. The town of Saint-Cernin in the Cantal region of France has come up with their own novel solution called “Une poule à la maison“. The town administration made available a chicken for any of the inhabitants who were interested. Now over half of the town’s 300 homes has their very own poule who can not only consume as much as 150 kg of kitchen scraps a year but will also provide the home owners with des œufs!  Check it out here.

While I would never encourage anyone to drink too much, l’abus d’alcool nuit à la santé7too much alcohol is bad for your health, I heard a beautiful phrase this week that I thought was worth pausing to explore. The great Fanny Ardant8You can catch her in the French film 8 Femmes … or see her dance in the video for the fun Mika song Elle me dit. in Chic! (un comédie romantique/romcom centered on the fashion world. Cliquez ici pour la bande announce.9Click here to see the trailer.) tells a new love interest “Non tu ne me soûle pas, tu m’enivres.”

While both expressions mean to make drunk, when used metaphorically the two split in opposite directions. The verb soûler (to make drunk) when used metaphorically has connotations of providing too much of something in a negative way. If someone says to you “Tu me soûles … ” it means your annoying them, they’ve had enough, … where as with ivre you can be ivre mort.e10dead drunk but also ivre d’amour11drunk on love or ivre de bonheur12drunk on happiness (Le petit Larousse Grand Format, 200013There’s something charming (to me at least) about a book called “The small/little Larousse, large format! 😉).

Hope, as misleading as she can be, serves at least to make life’s journey more pleasant.

Better to employ our energy dealing with the misfortunes that befall us than planning for those that could.
Tags: France, french blog, French culture