It’s not always easy to keep up with the news, but a number of recent stories out of France and Canada caught my eyes and I thought I’d share some of them with you this week.

Up first, some exciting news about one of the world’s great villes francophones (French-speaking cities). Québec has just been named ville culturelle de l’année (cultural city of the year) in the London-based Leading Cultural Destination Awards.  While the judging body may be a tad obscure, there is no doubt that Québec belongs on any list of great cultural destinations. In November, I’ll be delivering an en directe (live . . . ish) update on Québec when we go visit notre oncle et tante (celle qui aime le vin) in Québec. (our uncle and aunt – the one who loves wine) 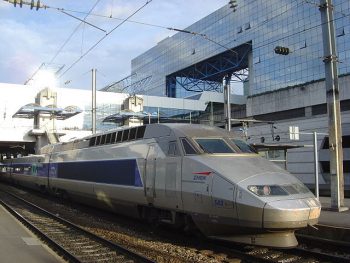 Deuxièmement (secondly) le SNCF (Société Nationale de Chemin de Fer) recently announced plans for their newest TGV (Train à Grande Vitesse/High-speed train), l’Océane, which will travel between Paris and Bordeaux starting in the summer of 2017. You can get a peak at the new model here. This news makes me doubly happy as the French company that manufactures the new TGVs is also under contract to deliver new high-speed trains and rail to the American Amtrak train service that runs from where I live to New York City and to Wasington, D.C. . . . of course, I’ll have to wait as the new trains are not scheduled to be in service until 2021!

Et pour finir (And to conclude), in the ‘il n’y a qu’en France’ (only in France) department, this fun little piece about a battle over whose names are – or are not – French. If you don’t remember the details, take a look at the final footnote of my blog on the singer Zazie to see just how particular the French can be about names!

And a bonus: in researching this week’s blog, I came across this new clip (video) by un chanteur français (a French singer). It seemed appropriate . . . J’espère que vous l’aimerez** autant que moi. (I hope you like it as much as I do.)

** This is the verb ‘aimer’ (to like) in the future tense. Remember you can always visit this great site to see the conjugations of your favorite verbs in a whole bunch of tenses. 😉