Something Old, Something New… French Wedding Traditions Posted by Josh Dougherty on Aug 4, 2016 in Culture, Vocabulary

Sure, wedding season in the US is in June, but I recently attended a wedding in late July and thought this would be appropriate. In fact, I did more than just attend. I am an ordained minister, and this wedding was the first that I actually officiated. Lots of prep work went into a short ceremony, but I was honored to lead the celebration for my friends.

When you think of a wedding, what comes to mind? Everyone’s wedding is different, but you’ll often find a lot of the same traditions and superstitions: the 4 articles (something old, something new, something borrowed, something blue) a bride should wear, throwing the bouquet to single guests, tossing the rice at the newlyweds… But what is a wedding like in France? Let’s take a look at a few customs.

L’enterrement de vie de garçon (bachelor/stag party)
(literally: The burial of the life of a boy)

Shortly before a man is married, his friends generally take him out for a night on the town. This often includes lots of booze, embarrassing stories, and parfois une strip-teaseuse (sometimes a stripper). The same concept exists for the bride and is called l’enterrement de vie de jeune fille (burial of the life of a maiden), but this didn’t become common until the 1970s.

La veille du mariage (the night before the wedding), le marié (the groom) and la mariée sleep in different rooms. The idea is that des retrouvailles (their reunion) will be even more heartfelt and sweet and is also why the groom does not see his bride avant qu’elle marche dans l’allée le lendemain (before she walks down the aisle the next day).

Le bouquet et le voile (The bouquet and the veil)

Both of these traditions date back a few centuries with the bouquet dating back to at least the 16th century. À l’époque (at this time), bathing wasn’t a daily practice, and the young couple didn’t always smell the freshest when exchanging vows. To combat this odor, women started carrying a bouquet of flowers to cover the smell. Quant au voile (as for the veil), this tradition comes from the practice of the groom throwing a sheet over the woman he wanted to marry (charming). Later, les draps (sheets) would still be placed over the bride’s head, but the reason was different: s’il s’agit d’un mariage arrangé (if it were an arranged marriage), the groom wouldn’t see the bride’s face until the very last minute – c’est-à-dire (that is too say) it would be too late to run away.

In addition to her lovely robe de mariage (wedding dress), the bride traditionally wears 4 articles that I mentioned earlier. While we have the rhyme in English, we actually dropped the last line. There should be 5! 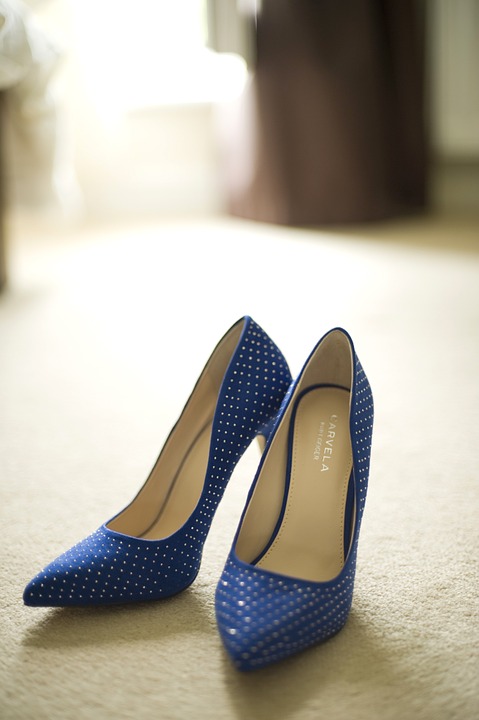 Below are the French and English versions of the saying:

A long time ago, le marié (the groom) would kidnap his bride and carry her over his left shoulder (charming). This allowed him to use his right arm to fight off (avec son épée – with his sword) other suitors (also charming).

Before the dancing can begin at the reception, the groom has to toss the garter to all the unmarried men in attendance. The reason for this is kinda scary: a long time ago, it was considered lucky to end up with a piece of the bride’s dress. Guests would essentially attack the bride to rip off a piece of the dress. The solution? Just throw a piece at them!

Tradition states that once les jeunes mariés (the newlyweds) have headed to bed, friends and family enter the room to present the couple with bowls of French onion soup to eat. The rest of the pot of soup is served to guests who are still dancing and celebrating.

What are you supposed to do with all the leftover alcohol, chocolate, and toilet paper? Toss them in a clean chamber pot to make a special concoction to serve to the newlyweds! The couple is woken in the middle of night to have a sip of ce breuvage étrange (this weird beverage).

Did I miss any? What are your favorite wedding traditions?