3 Lazy German Words Posted by Constanze on Aug 30, 2017 in Language

Guten Tag! Today I’d like to bring you not one, not two, but three ‘untranslatable German words’ for your amusement. These are words that do not have a direct translation in English, and are often rather interesting and/or quirky. It’s rainy and dull here today, and I’m sure many people just want to be at home, in their pyjamas, doing nothing. Inspired by feeling this myself, I thought I’d bring you three funny German words around the topic of laziness/not doing very much. Let’s get started! 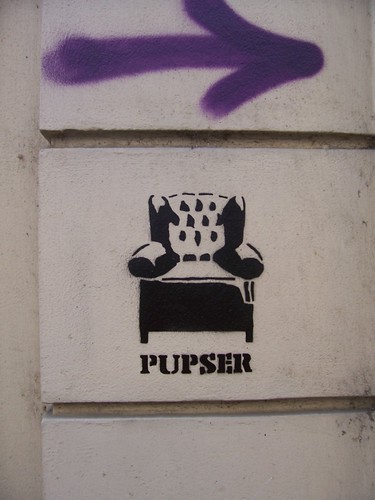 Sesselpupser. Photo – beuchertiger on flickr.com under a CC license (CC BY 2.0)

The word Sesselpupser is made up of the words der Sessel (armchair) and pupsen (to fart). An armchair-farter? Someone who farts in armchairs? What kind of a word is that? Relax – it’s not as bad as it sounds! A Sesselpupser is someone who spends a lot of time sitting down. You often use it to describe someone with a menial office job. You may also call someone a Sesselpupser if they dish out orders from the comfort of an office without ever doing any of the work themselves, for example. However, I’ve also heard the word Sesselpupser used to describe a lazy person who sits at home all day. It seems to be a rather versatile little word, but the main requirement is it describes people who do a lot of sitting! 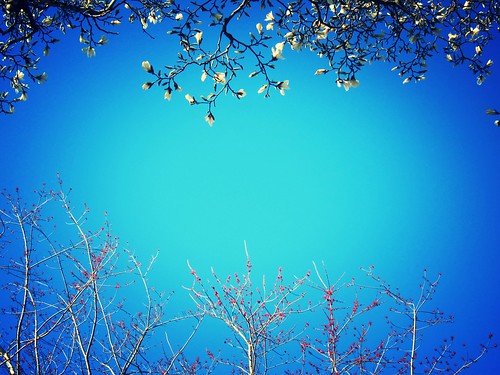 blaumachen – photo by zedzap on flickr.com under a CC license (CC BY 2.0)

Blau machen literally translates to ‘making blue’ (blau = blue, machen = to make/do). What does it mean? It means to skip work or school – for example, by pretending you’re ill when you’re not. In English you’d call this ‘pulling a sickie’, which is a much more obvious phrase for it. So what does calling in sick have to do with the colour blue? The term ‘blau machen’ is said to come from the German phrase Blauer Montag – ‘Blue Monday’ – which was a rest day back in the day, in the fabric dyeing industry. As the craftsmen would typically soak their fabrics in dye on a Sunday, they’d be hung out to dry for all of Monday, leaving the craftsmen with nothing to do until Tuesday. So next time you pull a sickie, remember you are ‘making blue’! 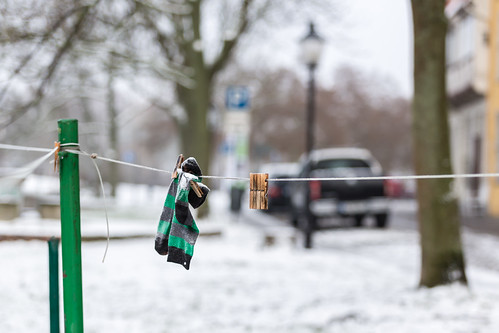 Faule Socke – photo by frank_behrens on flickr.com under a CC license (CC BY-SA 2.0)

‘Du faule Socke, du!’ In German, an extremely lazy person is called eine faule Socke – literally, a lazy sock. Why a sock? I have no idea, but it’s perfect.

So those are my three German words around the topic of being lazy (faul) and/or not doing very much (nicht viel tun). If you’ve also not done very much today, at least you can now say you’ve learnt three more German words – which is actually rather good!