A Nifty German Idea: Drehkippfenster Posted by Sten on Jul 24, 2020 in Culture

In Germany, it’s the hottest time of the year right now. With temperatures up to and sometimes even surpassing 30°C (86°F), there is a real need for frische Luft (fresh air)! A genius German invention that makes this quite easy is the Dreh-Kipp-Fenster (tilt-and-turn window). Americans rave about these Fenster and how amazing they are – so let’s find out what’s so special about them! 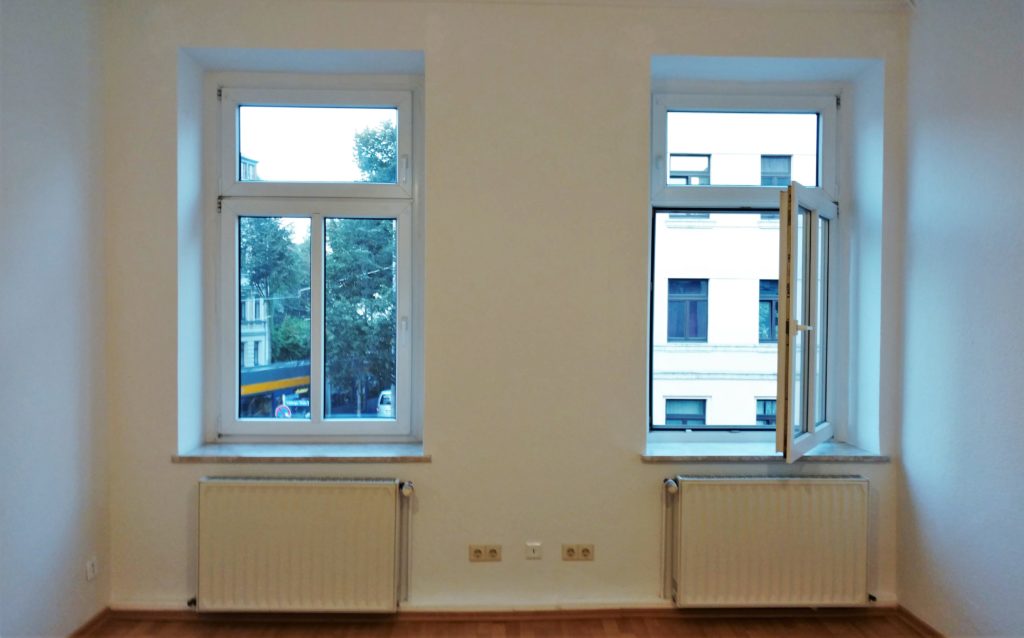 Invented in the 1950s in Germany, the Dreh-Kipp-Fenster is a favourite all over Europe. In the 1950s, the first Dreh-Kipp-Fenster were invented. It allows you to turn the window (drehen) when the handle is turned 90° and to tilt it (kippen) when the handle is turned 180°. While drehen allows you to clean the outside of the window, put your head outside or for short periods of Stoßlüften (inrush airing). Here, you open your windows wide in different places of your home to allow a strong airflow to get fresh air into the home and to avoid mouldy or stale air. It’s recommended to do this every day for about 15 minutes in the morning. In the summer, this is also a nice tip to keep the house relatively cool, as the cool morning air gets “trapped” inside the home.

However, German summers don’t get that hot, so another option to keep airflow constant is the Kippfunktion (tilt functionality). By tilting the window, less air is exchanged, but the effect is also not as dramatic. People sometimes just always leave their windows open like that (I wouldn’t recommend it though).

It makes sense that these windows are popular in more temperate European climates where summers don’t get too hot. Air conditioning is not very common in homes, so good isolation and proper venting methods are handy ways to deal with eventual heat. Also, without air conditioning, homes don’t have a way of moving air between the inside and outside of the home, so windows that are geared towards that task are an advantage!

Dreh-Kipp-Fenster have only become more popular ever since their invention and are not only ubiquitous in Germany, but many countries in Europe, especially in newer houses. They are the most popular kind of window in Germany. And you find them in all shapes and sizes. My parents have a sliding window door that opens to their Terrasse (terrace), and even that door implements the Kipp feature. Yes, you can tilt a 10-foot window that also serves as a sliding door!

People that did not grow up with these Fenster seem to really love them. Here’s Americans raving about them:

Have you used these windows before? What do you think – are these the best windows in the world? Let me know in the comments below!