How or what is a Spitzenkandidat? Posted by Sten on Jun 27, 2019 in Culture, Language

A significantly higher voter turnout made the European elections held a month ago a success for democracy. But there is one thing: The different leaders cannot agree on which of the Spitzenkandidaten should follow up Jean-Claude Juncker, the current president of the European Commission, the executive organ of the European Union. Let’s talk about that, but also: What is a Spitzenkandidat? And how did this German word slip into an otherwise predominantly English-French EU discourse?

What is this Spitzenkandidaten process?

The idea behind the process with the Spitzenkandidaten is that the Spitzenkandidat of the biggest party in the elections becomes the candidate for Commission president. This is not necessarily the case, but it kind of is the idea. The video above explains it nicely. This process became part of the European elections for the first time in 2014. It was a move meant to make the European elections more democratic, as the people’s vote now also had influence on who would take on the role of “president of the EU”. The video above explains everything you need to know.

But what about that word? Like Aleksandra says in the video, the discourse is mostly English and French, yet this German word, Spitzenkandidat, stands out like a sore thumb. So, why was this word chosen?

Since the process in which simply the top candidate of a party in an election is most likely to become the leader of the country is quite unique, the word stuck. The EU process is very similar, and that is where the Spitzenkandidat term comes from.

This process is not laid down in law, by the way. So if they really wanted to, the European heads of state could disregard it. However, the European Parliament is unlikely to accept such a decision. The heads of state are not happy about this – so we will see who comes out on top! 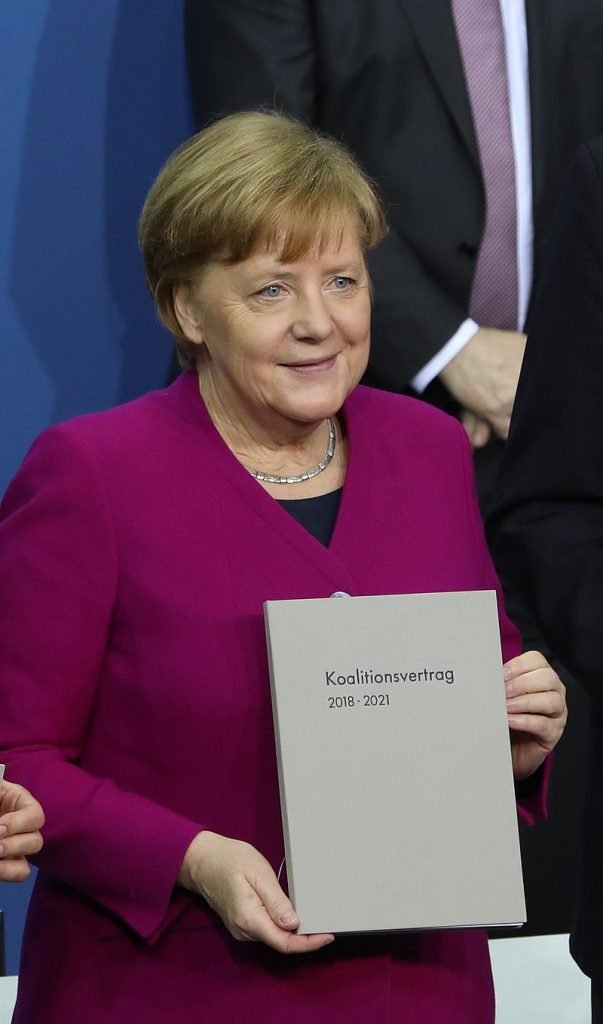 Merkel was the Spitzenkandidat for the CDU for more than a decade. (Image by Sandro Halank at Commons.wikimedia.org under license CC BY SA 3.0)

The word Spitzenkandidat is a combination of Spitze (peak, top, lead) and Kandidat (candidate, contender). It refers to the Kandidat that is at the Spitze of a party’s candidate list. Quite simple, really.

What do you think of this Spitzenkandidaten process? Do you think it is a good idea to use the same word in a predominantly English-French discourse? Let me know in the comments below!