Guten Tag, and Willkommen to another edition of untranslatable German words!

Today the word I’m going to break down for you is Der Kummerspeck.

What does Kummerspeck mean?
Kummerspeck is the name for excess fat gained by emotional eating – specifically, the excessive eating people do in times of stress or sorrow.

What does Kummerspeck literally translate to?
This compound noun consists of two words. The first is der Kummer, which refers to emotional pains like concern, worry, sorrow or anxiety. The second is der Speck, which can either mean ‘bacon’ or ‘fat’. For instance, the word Babyspeck means ‘baby fat’, and Winterspeck means ‘winter fat’, while Frühstücksspeck refers to the Speck (bacon) you eat for Frühstück (breakfast). Most translations you’ll see of Kummerspeck say it means ‘grief bacon’. This is one, possible translation, but since the word refers to the fat itself (not the food eaten to make you fat), it is more likely to translate to something like ‘grief fat’ or ‘sorrow fat’. However, Speck is different to the German words Fett (fat: noun), fett (fat: adjective), and dick (fat: adjective) because it refers to the fat found in meat – which is probably where the translation ‘grief bacon’ comes from. 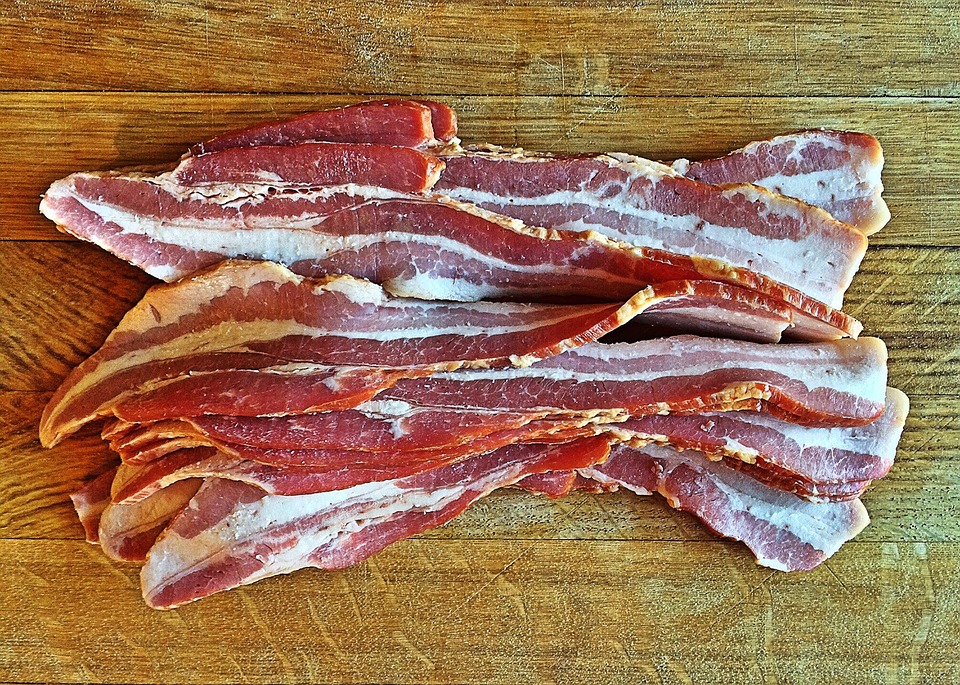 Related to the noun der Kummer is the verb kümmern, which is a difficult verb to translate. To kümmer yourself with something is to concern yourself with it, take care of it, or otherwise attend to/see to it. But there is often an element of worry to it. Here are some examples of the verb kümmern in use:

Perhaps the word Kummerspeck refers to the fat gained by eating when we are overly concerned with something/someone.

How would you use Kummerspeck in a sentence?
Here’s an example from a headline in the Hamburger Abendblatt : Kummerspeck nach Ehe-Aus: Heidi Klum hat zugenommen (‘Sorrow Fat following marriage breakup: Heidi Klum has put on weight’)

What is the nearest equivalent English word?
There isn’t a word that I know of to describe the fat itself, although the process is often called ‘emotional eating’ or ‘emotional over-eating’. Since we’re dealing with Speck (bacon), though, there is an English, food-related phrase used to describe cellulite on the legs: Cottage cheese thighs!

So if Kummerspeck refers to the fat itself, is there a German word for the process of emotional eating, too? Of course there is. 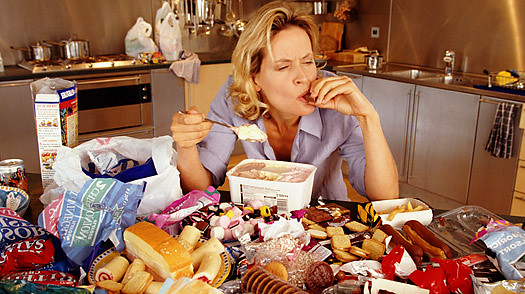 Frustfressen. Photo by Vic on flickr.com under CC BY 2.0

What does Frustfressen mean?
Excessive eating brought about by frustration.

What does Frustfressen literally translate to?
Frustfressen is made up of two words. Der Frust, which means ‘frustration’, and fressen, which is a version of ‘essen’ (to eat), usually used to describe animals eating, but can also be used to describe a person stuffing their face with food. For example: Er frisst wie ein Schwein – He eats (stuff his face) like a pig.

How would you use Frustfressen in a sentence?
Wie höre ich das Frustfressen auf? – How do I stop emotional over-eating?

What’s the nearest English equivalent word?
There is no single word, but ‘emotional eating’ is an appropriate translation.

As always, I hope you enjoyed this, and I hope you learnt something from it! Any questions, comments or alternative translations are always welcome.