Office German 1: Addresses and Shipping Posted by Constanze on Jul 7, 2016 in Language

Last year I worked as a German language assistant in an office here in the UK. The company I worked for had just started selling their products in Germany and had no one in their office who could speak German. In this series of ‘Office German’ posts I will share the help and advice I gave them and any problems we encountered, should any of you be in a similar position. This post is on German addresses and all things shipping-related. 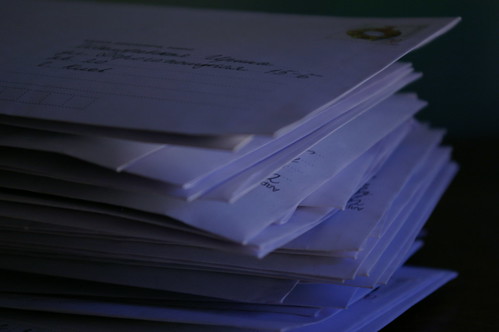 die Briefe – letters. Photo by Mariya Chorna on flickr.com under a CC license CC BY 2.0)

The company I worked for had to ship their products to German customers. But many customers were emailing us to say they had not received their items. The accounts manager told me that what he would usually do was look at the customer’s address to make sure it was complete and correct – but he had no clue what a complete, correct German address should look like. He also didn’t know about the German postal system or anything that might affect parcels arriving on time.

There may well be other parts to an address, but as long as you’ve got the street name and number, a postcode (5 numbers and no letters) and the town/city name, the parcel should get there. If any of these are missing, the address is incomplete.

If you’re still unsure, you can always ask the customer to confirm their address in writing:

‚Could you please confirm your address?‘

This might seem unlikely, but we had a surprising amount of customers who had given us the wrong address! 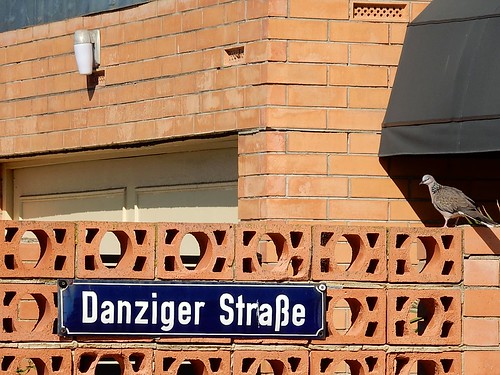 An example of a separated street name. Photo by mikecogh on flickr.com under a CC license (CC BY-SA 2.0)

Example of a joined street name with the word ‘Strasse’ (street) abbreviated (Str.). Photo by Gisela Giardino on flickr.com under a CC license (CC BY-SA 2.0)

POSTAL STRIKES
During my time with this company, Germany had a postal strike which lasted for about a week. This greatly affected parcels arriving on time. How can you know if Germany has a postal strike or other, similar issue? Check with Deutsche Post online, or follow their English-language Twitter account.
If you are able to track shipped items once they are in Germany, you can do so here.

PUBLIC HOLIDAYS
German public holidays might be different to the ones in your country. That means a normal Monday for you might be a public holiday in Germany, and could mean a customer’s parcel arriving a day later than expected. Germany’s busy periods may also slow things down. A few things to keep in mind are: Christmas is celebrated on December 24th in Germany (not 25th), and there is also a Christmas celebration on December 6th (St. Nicholas Day). Search online for German public holiday dates for the current year if you’re unsure.

Obviously, Germans will be fully aware of their own national holidays, and probably if there is a postal strike or not, but keep this in mind when ‘guaranteeing’ a letter/parcel will arrive on a certain date, or when trying to find an explanation as to why a letter/parcel hasn’t arrived yet.

If you know what to look for in a customer’s address and are aware of any postal strikes or public holidays that could factor into things, then at least you can be confident that a missing parcel is not down to your lack of knowledge, and be able to determine what might be causing the delay.

I hope this has been helpful! More ‘Office German’ posts to come. 🙂