Guten Tag! Today we’re going to look at reflexive German verbs. If you’ve ever heard a German native say something like “I will shower me” in English instead of “I will take a shower”, for example, this post on reflexive verbs will hopefully explain why that is! 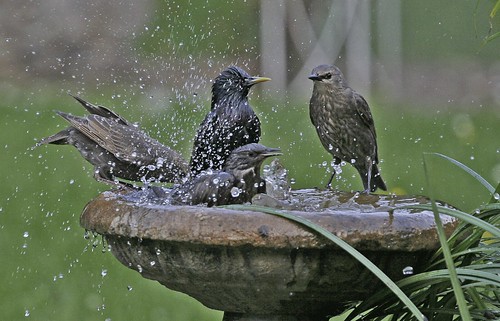 What is a reflexive verb?

A reflexive verb is one that has a pronoun that refers back to the subject of the sentence. Or, to put it simply, instead of just saying “I shower”, as you would in English, in German you add “myself” to show that you are doing this action to yourself. So instead of “I shower” you’d say “I shower myself”.

The ‘myself’ bit is called the reflexive pronoun, and this changes according to who you are talking about.

Using the reflexive verb sich rasieren (to shave) as an example again, here is how you’d form it in the present tense:

Which German verbs are reflexive?

Here is a list of some common, reflexive German verbs. Please note that some of these verbs have different meanings when used without the ‘sich’ – ie. when they are not reflexive.

Sich anziehen – to get dressed

sich duschen – to take a shower

sich erkälten – to catch a cold
*A classic mistake often made by English speakers learning German is that they say “Ich bin erkältet” to mean “I caught a cold/am ill” when really it is reflexive, so should be “Ich habe mich erkältet”. This is a strange one because it sounds as if you have brought the cold on yourself! I like to translate this one literally as “I have colded myself”.*

sich freuen – to be glad, excited

sich schminken – to put makeup on

I hope this has been helpful!