I’ve been quite interested in graffiti as of late. I like the way words are used in it, and I like the political, cultural meanings these words take on in their public settings. But I also just like the power of language that is contained in these scribbles.

I thought that showing you some German graffiti would be a great way to present the German language in a way you might not have seen it before, but in a way that is just as relevant and fascinating as it is everywhere else. Here it is used in its raw form, and in an urban setting – yet it is still extremely clever, as the German language generally is. Often, as in English graffiti, there are heavily political and anti-government messages contained within it. I will be coming back to that in more detail later on, but for now here are a few examples of some ‘urban German’ in use!

Photo: samchills on flickr.com under CC BY 2.0 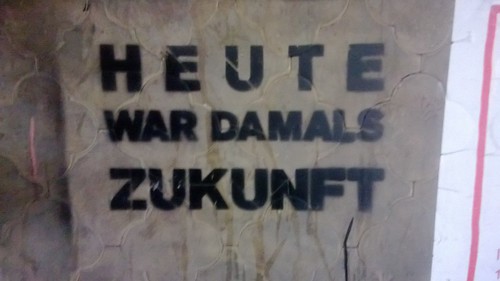 Heute war damals Zukunft
Today was the future then 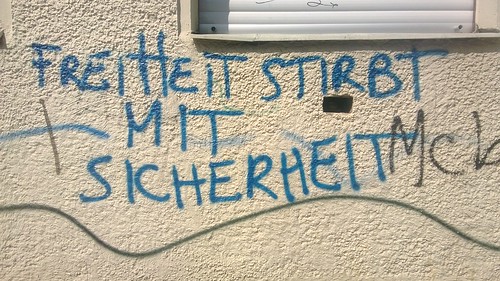 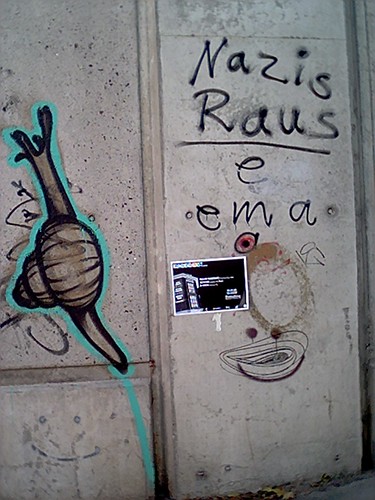 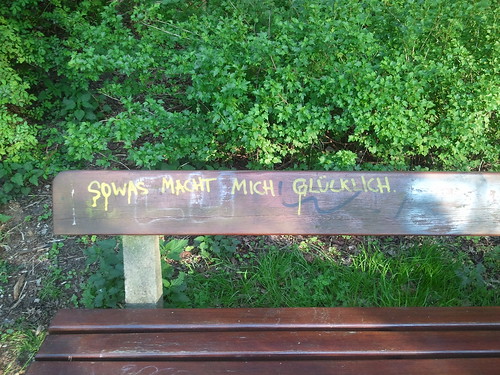 Sowas macht mich glücklich
Something like this makes me happy 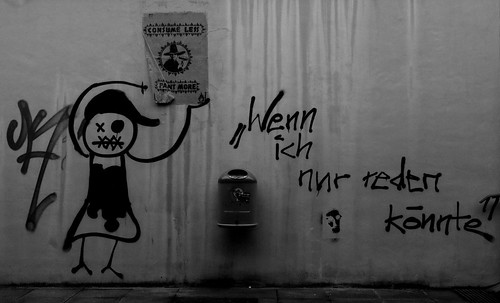 Photo: picksfromoutthere on flickr.com under CC BY 2.0

Wenn ich nur reden könnte
If only I could speak 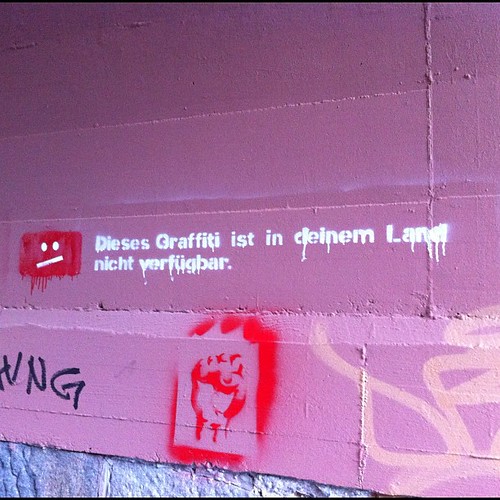 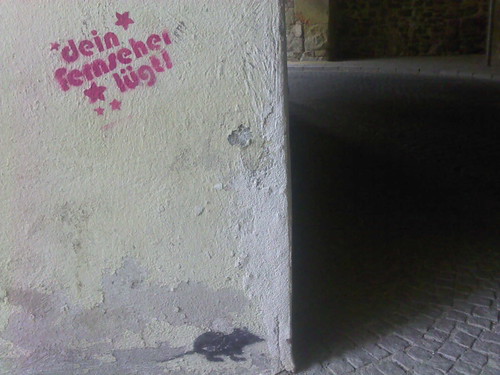 Photo: streetartpassau on flickr.com under CC BY 2.0 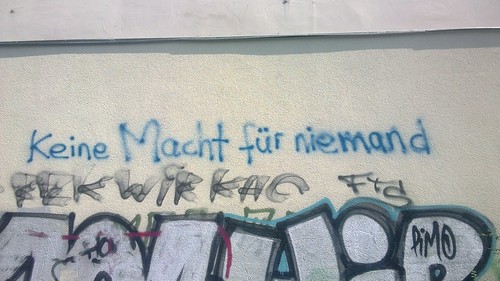 Keine Macht für niemand
No power for no one 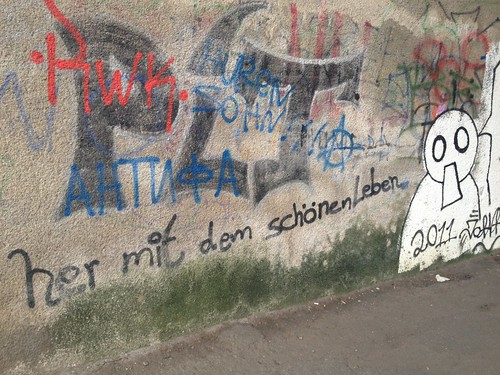 her mit dem schönen Leben
Bring me the good life

Germany is a country with a very strong street art/graffiti scene, and one that is heavily linked to its history and politics – especially in Berlin. I will be writing more about Germany’s street art scene in a future post, so if you liked this one then stay tuned for more German graffiti!