A Greek New Year’s Eve Posted by Ourania on Dec 31, 2014 in Culture, Vocabulary 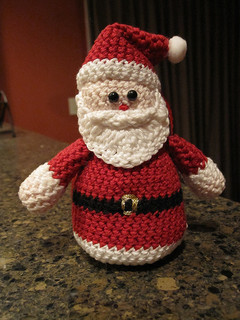 Χρόνια πολλά from frozen Athens! This post is about traditions and customs. New Year’s Eve (Παραμονή Πρωτοχρονιάς, paramonee protohronias) is a special day in Greece and each region has different traditions but some customs are common.

In the morning, the children sing the New Year’s Eve carols (κάλαντα Πρωτοχρονιάς, kalanda protohronias) and get money. The most common instrument they use is the triangle (τρίγωνο, trigono) but they may also use a flute (φλογέρα, flogera) or a melodica (melodica, μελόντικα). The lyrics of the carols are related to Άγιος Βασίλης (agios Vasilis, Saint Basil), the Saint of peace (ειρήνη, eereenee) and philanthropy (φιλανθρωπία, gilanthorpeea), who is honored in January 1st. People named Βασίλης (Vasilis)or Βασιλική (Vasiliki) celebrate their name day.

In the evening, people usually have dinner with their family and friends and eat the New Year’s cake (βασιλόπιτα, vasilopita) after midnight. Last year, there was an entry published related to βασιλόπιτα: https://blogs.transparent.com/greek/new-years-day-is-always-sweet-greek-vasilopita/

At midnight, sometimes people open the faucets and let the water run in order to have money and good luck. Later, they go to clubs or they stay home with their family and friends and they stay up late drinking and playing cards. The most famous game is blackjack. In its Greek version, it’s called 31 (τριάντα ένα, trianda ena) or 21 (είκοσι ένα, eekosee ena). Traditionally, children get presents or money but nowadays people tend to follow the Western tradition and exchange presents in Christmas.

Smashing a pomegranate is also a common custom with different variations. Pomegranate is a symbol of wealth and luck. The landlord  of the house, or just a random person, smashes a pomegranate on the front door. This must be done with force so that the seeds will spread everywhere. If the seeds are nice and red, the people who live in the house will have good luck and money. 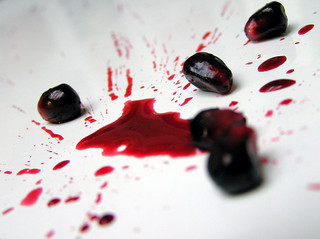 Another custom related to good luck is the ποδαρικό (podariko): it is believed that the first person to enter the house after midnight or in New Year’s Day must be a nice and kind person in order to bring good luck. They must enter using their right foot (δεξί πόδι, deksee podee).

When the New Year comes people wish each other «Καλή Χρονιά» (kalee hronia). Literally, it means “good year”. The most common present people get or offer is a lucky charm (γούρι, gouree), usually in the shape of a pomegranate. It can be jewelry or an ornament. 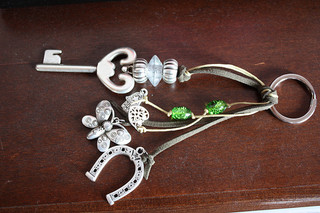