3 Hebrew Words That Don’t Have a Direct Translation in English Posted by Ayana on Jan 18, 2021 in Uncategorized 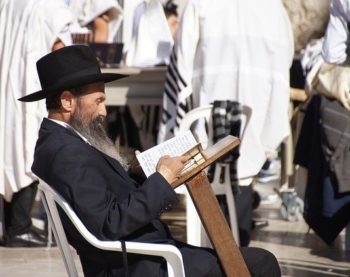 Every language is unique. With history, culture and social aspects folded in, languages are more than a way to communicate. There are exceptional words, noteworthy phrases and special verbs in every language. Here are three everyday Hebrew words that have no direct equivalent in English.

The Hebrew adjective חָדָשׁ (pronounced as ha-dash) means new. From its root derived the verb לְהִתְחַדֵּשׁ (banyan hit’pal), that means to be renewed; to be resumed; to be regenerated. The future tense of this verb became a common greeting to someone who has purchased or received something new.

When, for example, I bought a new washing machine and called a plumber to install it, he first greeted me with: תִּתְחַדְּשִׁי. When, for another example, I visited my friends’ house and noticed their new sofa, I immediately said: תִּתְחַדְּשׁוּ. תִּתְחַדֵּשׁ is also the most frequent greeting to someone who has a new haircut. When noticing your friend had visited the barber shop you can simply say תִּתְחַדֵּשׁ, or add for the new haircut: תִּתְחַדֵּשׁ עַל הַתִּסְפֹּרֶת.

The future tense of the verb לְהִתְחַדֵּשׁ for second person is conjugated as follows:

Although based on the future tense, the greeting תִּתְחַדֵּשׁ refers to something that already had been received. It can be translate as: enjoy your new something, or just congratulations.

The Hebrew adverb סְתָם (pronounced as se-tam) means without a special purpose; without an intention. It is used to indicate something that is pointless, done for no reason. For example:

There’s no one there, you are going there in vain.

I was just stating a fact, I’m not blaming anyone.

All your efforts are worthless, it’s unnecessary.

I was in the area, and came just for a short visit.

I’ve waited for nothing, what a waste of time.

I was just kidding.

סְתָם serves as one word answer to any question about why you did this or that? When you answer סְתָם, you mean with no reason; just because. For example:

Why did you go there? No reason.

In spoken language it is also used as an adjective, to describe something that is not important. For example:

It’s nothing, these are papers I need to throw away.

He is no one, ignore him.

הִנֵּה (pronounced as ee-ne) is a short interjection literally means here but has many interpretations.

It is used to indicate a visible object, in the sense of: here it is. When preparing a meal together, for example, your friend asks you where the large bowl is, you can point at it and just say: הִנֵּה, or you can also add: הִנֵּה, הׅיא פֺּה (ee-ne, it’s here). Or, for another example, when I found my glasses after a long search I uttered with much relief: הִנֵּה הַמִּשְׁקָפַיִם (here are the glasses).

הִנֵּה is also used when giving someone something that they have asked for, in the sense of: here you go. For example, when you enter the classroom and realize you have no pen, you ask your classmates for a spare one. When someone finds a spare pen to share he hands it to you and say: הִנֵּה.

The word is not only used with objects, but with actions as well. הִנֵּה is used to indicate a completed action, in the sense of: here, I/you got it. My sweet niece, for example, struggled with the wrapping of the gift she received for Hanukkah. When she finally opened it, her face beamed and she said: הִנֵּה! When, for another example, my aunt asks me to thread the needle for her, I hand it over after done, and say: הִנֵּה, הִצְלַחְתִּי (ee-ne, I got it).

הִנֵּה has another comprehensive use. When indicting an action already done by someone, in the sense of: here, for example. In that case, the speaker begins the sentence with the interjection הִנֵּה, and then elaborates his instance. For example, while talking about a vegan diet, my friend mentioned: הִנֵּה, ביל קלינטון עָבַר לְדׅיאֶטָה טִבְעוֹנִית (ee-ne, Bill Clinton got on a vegan diet).