Coronavirus in Israel: Part 2 Posted by Ayana on Oct 5, 2020 in Uncategorized 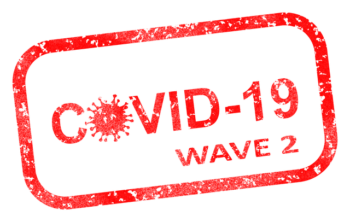 COVID-19 pandemic has reached Israel on February 2020, as we covered in Coronavirus in Israel: Part 1.

The first case in the country was confirmed on 21 February. Authorities reacted quickly. A national state of emergency (מַצַּב חֵרוּם) was declared, social distancing was enforced, gatherings were restricted to only two people, restrictions (הַגְבָּלוֺת) on movement were tightened, and Israelis were not allowed to leave their homes unless necessary.

Easing (הֲקָלָה) of lockdown restrictions began only in May 2020. School and preschool reopened, the 100-meter limit on venturing from homes was removed, and first-degree relatives could be reunited, including the elderly. On May 20, when beaches were reopened, only 8 new cases of COVID-19 were confirmed; death toll was 279. Several days later when restaurants, parks and swimming pools were reopened, Prime Minister Netanyahu told Israelis, “ enjoy yourselves ”:

Easing of restrictions will be halted, Netanyahu said, should there be 100 new daily cases of infection, or the number of patients in serious condition (חוֺלׅים בְּמַצָּב קָשֶׁה) reaches 250. Unfortunately, the easing generated a return to significantly higher rates of infection. More than 100 new cases a day became a regular record already at the beginning of June. In July, infections surged. For the first time since the pandemic (מַגֵּפָה) reached Israel, the daily rate of new cases crossed 1,000.

Rapid reopening had led to a renewed virus outbreak. Opening of schools contributed heavily to the overall spike in infections. Gymnasia Rehavia school in Jerusalem, for example, became one of the epicenters of the newest round of coronavirus outbreaks in Israel, with over 140 students and staff members confirmed as being infected, only ten days after Israel fully reopened schools.

Israel, like other countries, is struggling to balance containing infections and protecting the economy. Israel is suffering a dire economic downturn, a recession (מִתּוּן) that marks the steepest contraction of Israel’s economy since at least 1975. With 25% unemployment (אַבְטָלָה), during the first surge, Israel is faced with the biggest unemployment crisis in the country’s history. This is why, despite the growing infection rate, that has topped 250 patients in serious conditions already at July 19, measures to curb the spread were delayed.

A second lockdown (סֶגֶר) was eventually declared on September 13. The lockdown ahead of the Jewish holiday season, starts with the Jewish New Year on September 18 and ends with the Tabernacles holiday on October 9. During the lockdown, schools, shopping malls, entertainment places, and beaches will be closed. Israelis will have to stay (לְהִישָּׁאֵר) within 500 meters of their homes, but can travel to workplaces that will be allowed to operate on a limited (מֻגְבָּל) basis. Netanyahu addressed Israelis in a short video during the lockdown, admitted his mistakes, and asked the public to avoid visiting the synagogues this holiday season (Hebrew subtitles on screen):

For all daily Israel COVID-19 numbers visit this page.