Hebrew Proverbs: Wisdom and Education Posted by Ayana on Oct 13, 2021 in Idioms

Summer vacation is already over; the Jewish holidays of Tishrei are over, too; and about 2.5 million Israeli students (from preschool to high school) are back to school. It’s time to learn three Hebrew proverbs about education, studying and wisdom. 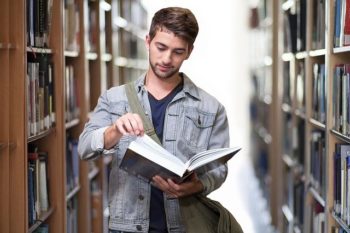 Photo by geralt from Pixabay, CCO

This poetry parallelism mentions two types of persons: a shy one and a strict one; and it indicates to both the teacher and the student. It is literally translated as: the reticent doesn’t learn, and the meticulous doesn’t teach. It means that a shy student who avoids asking questions and coming up with comments will find it difficult to explore, to research and to make progress. The proverb also criticizes the teacher: a strict teacher who cares more about discipline and rules won’t make the students learn. In other words, a coy student will eventually not learn, and a strict teacher is inappropriate to teach. The ancient proverb summarizes the essence of successful learning: a curious student and a patient teacher.

If you won’t ask, the teacher won’t explain again. The reticent doesn’t learn!

Literally meaning: the words of the wise are quietly heard. The rhyme and the beautiful language of this short biblical proverb made it common among Hebrew speakers. But only a few know it originates in a short allegory about a small city and a big king. The big king seized the city, planning on capturing it. Although small in population the city ruler called for war. Eventually, one wise man saved the city. Without shouting or fighting, he talked to the king and pleased him. And although the wise man remained unknown, and gained no fame, the story teller praised him for using his wisdom and not his bravery. Nowadays, people don’t use this proverb in the aspect of talking versus fighting. They use it to stress the importance of how you say things, and not only what you say. The words of the wise don’t need to be loud, but quite the opposite.

You don’t need to shout, the words of the wise are quietly heard.

Another biblical proverb that changed its original meaning through the years is the proverb: מִכָּל מְלַמְּדַי הִשְׂכַּלְתִּי. In the biblical verse the speaker says: I gained more education than all my teachers. Nowadays, the proverb bears a quite opposite meaning. It indicates modesty, rather than supremacy. The biblical prefix מ that opens the sentence has an old use of more, and it means more than all my teachers. But the modern meaning of the prefix is from, and in modern Hebrew the sentence translated as: from all my teachers I gained education. The proverb means that learning can come from an unexpected source, everyone can teach you something. No matter how smart or educated you are, you can still learn much from others.

From all my teachers I gained education, even from the baker and the milkman.