Hebrew Winter Vocabulary Posted by Ayana on Dec 14, 2021 in Vocabulary 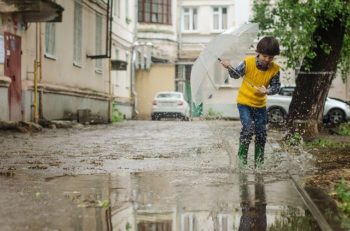 Photo by Victoria_Borodinova from Pixabay, CCO

December arrived and winter (חֹורֶף, pronounced as ho-ref) is almost here. The first day of winter in the Northern Hemisphere is marked by the winter solstice, which occurs this year on Tuesday, December 21.

Israel enjoys quite a nice weather during the winter. Temperatures mostly stay above freezing; snow usually falls only on the Hermon Mount; and the average number of annual rainy days is about 50-60. Although Israel usually doesn’t experience severe winter, winter is still the coldest season of the year. There are several adjectives to describe it:

It’s hot in the summer and cold in the winter.

We hope for a rainy winter.

A stormy winter swept over Jerusalem.

Another adjective to describe winter or wintery days is חָרְפִּי. It sounds similar to the Hebrew noun for winter and it’s not a coincidence: the adjective derives from the word חֹורֶף. With only light changes in pronunciation an adjective was created from the noun. חָרְפִּי, pronounced as hor-pi, means wintery. It can describe anything that is related to winter, from objects to weather. It is used to describe, for example, cloudy or cold days, and can even be used to describe winter itself. For example:

It was a wintery weekend and we stayed home.

The Israeli winter is not as cold and wintry as the European winter.

There are several ways to keep warm during the winter days. Wearing thick clothes is step one. We have already discussed the Hebrew word for scarf – צָעׅיף. And there are other winter clothing items and accessories:

Wearing thick clothes keep you warm, but not always dry. When it rains outside a pair of boots and an umbrella are extremely useful. מַגָּפַיִם (plural of one boot מַגָּף) protect the feet from the rain and puddles. The מִטְרִיָּה, carried by hand, shield the all body from the rain. The common Hebrew word for rain is גֶשֶׁם (pronounced as ge-shem, from which derives the above adjective גָּשׁוּם, rainy). Another Hebrew noun for rain, also originated in The Bible, but considered more literary, is מָטָר (pronounced as ma-tar). From the noun מָטָר the Hebrew language created the noun מִטְרִיָּה (pronounced as mit-ri-ya), the object that protects us from the מָטָר.

The song “חֹורֶף” won third place in the Israeli National Nursery Rhymes of 1982. It has since become one of the popular soundtracks of winter. Listen, enjoy, and notice – how many items from the chart above appear in the song?

Practice all our post’s adjectives and nouns with the short episode of the cartoon artist Uri Pink: